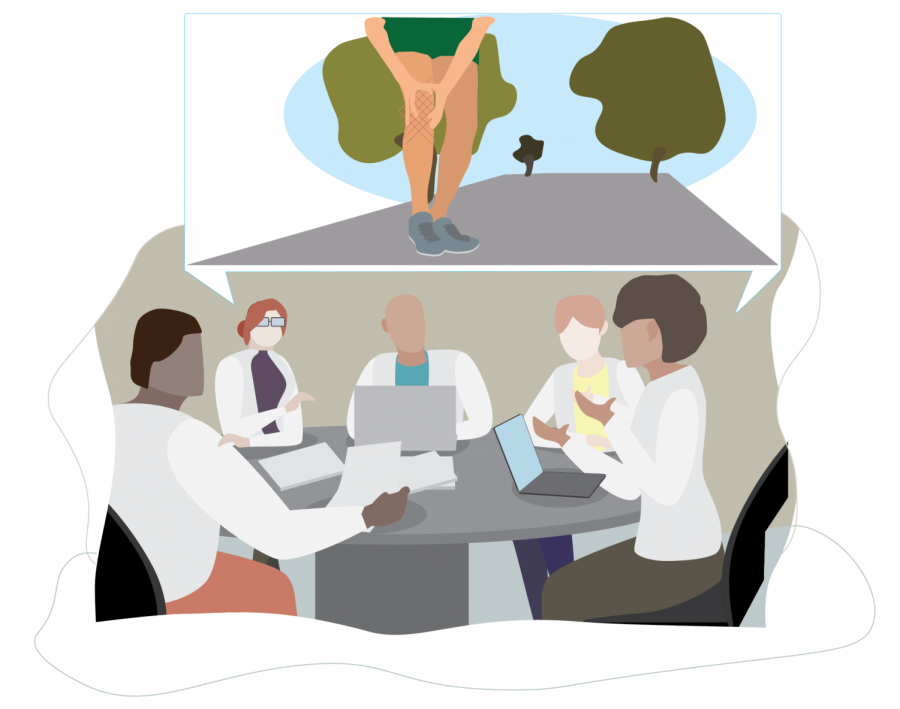 A WSU Elson S. Floyd College of Medicine professor is using his experience with triathlons to create a safety database for athletes.

Dr. William Douglas Bush Hiller, orthopedic surgeon and clinical professor at the WSU Elson S. Floyd College of Medicine, said he served as a medical delegate for the Tokyo Paralympics from Aug. 24 to Sept. 5.

Hiller said this was his fifth time serving as a medical delegate — this year for the triathlon event. He has 35 years of experience in the medical field caring for athletes.

Hiller said he partnered with Dr. Christopher Connolly, exercise physiologist and researcher, to create the Global Triathlon Safety Database in 2020. The database helps ensure the safety of racers and shares information regarding safety practices worldwide.

The two began collaborating in 2017, but over the past few years, the primary focus has been analyzing data. The data comes from 35 years of medical encounters collected from Ironman races to understand the relationships between heat, fluid and dehydration, Connolly said.

“What we have done so far has been really retrospective,” he said. “We are getting ready to do all of the prospective work.”

The goal of the database is to analyze what injuries are occurring, how serious they are and how they are being treated, Connolly said. It will be important to analyze factors that contribute to athlete performance, such as weather or environmental conditions.

WSU graduate and undergraduate students have helped with the research, including five medical students at the College of Medicine, he said.

New data from triathlon races will be collected this fall, Connolly said. Once the data is collected, it will be analyzed, translated and applied to improve medical care for athletes.

“When athletes are brought into the medical tent, it is like a war hospital,” Connolly said. “They are not coming in with blisters … a lot come in with extremely high temperatures or are dehydrated.”

The database is not only designed to improve emergency care but also to inform athletes on how to efficiently prepare for races, Connolly said.

There are many ways triathlons can go wrong and racers can be harmed, Hiller said. They face unpredictable weather, threats of heat stroke and possible death.

Hiller said he raced in his first triathlon in 1982 and had a heat stroke. This contributed to his desire to learn more about endurance exercise. He also injured his back in 1985 and was unable to race again. But he continued to research exercise physiology.

“It opened my eyes to the realization that I was 32 at the time, and that my mind was much stronger than my body,” he said. “I had driven my body into a failure mode.”

After participating in an Ironman race three times, Hiller said he realized the sport had potentially dangerous side effects, so he wanted to research them.

“I decided my part of things was going to be to learn about the physiology of [racing], and to try to figure out ways to make the racing safer for people,” he said

As a medical delegate, Hiller said he was tasked with supervising the triathlon, ensuring the racecourse was safe and that there was health care access on the course.

Delegates have to be prepared for a range of problems, he said. The medical delegates help control and organize the medical care, as well as assist with medical judgments. They also have to be familiar with the locations of nearby hospitals and medical care access if an issue or injury were to occur.

“You have to ensure that every inch of the race course is under the eyes of someone who is somehow connected to the central medical area,” he said.

Tokyo is hot during the summer, and heat stroke is a common issue, Hiller said. Things like ice baths were prepared to help.

Athlete safety is important and needs to be prioritized, Hiller said. Athletes need to be more informed and prepared for racing.

Athletes often push themselves to their physiological limits, Connolly said.

“Sometimes we can get focused on a goal and push ourselves so hard that we get tunnel vision and lose our perspective of risk or where we’re at from a health standpoint,” Connolly said.

Athletes should also be aware of how much water they need to consume. It is not one size fits all, he said. Water consumption depends on different tolerances and bodies.

It is also important for athletes to be involved with experienced runners or coaches, Hiller said. Forming good practices and knowing how to train correctly are vital to avoiding injuries before the race has even begun.

“Everybody knows how to run, but not very many people run very efficiently,” he said.

Connolly said it is important for all parties involved in triathlons or racing to be informed of athlete safety — including race administrators and directors.

The Global Triathlon Safety Database website is currently active. But the results and reports section will be made public after new data is collected this fall and reviewed by organizations, Connolly said.

“The overall goal is transparency,” he said. “We recognize the data needs to get to athletes, themselves and their coaches.”