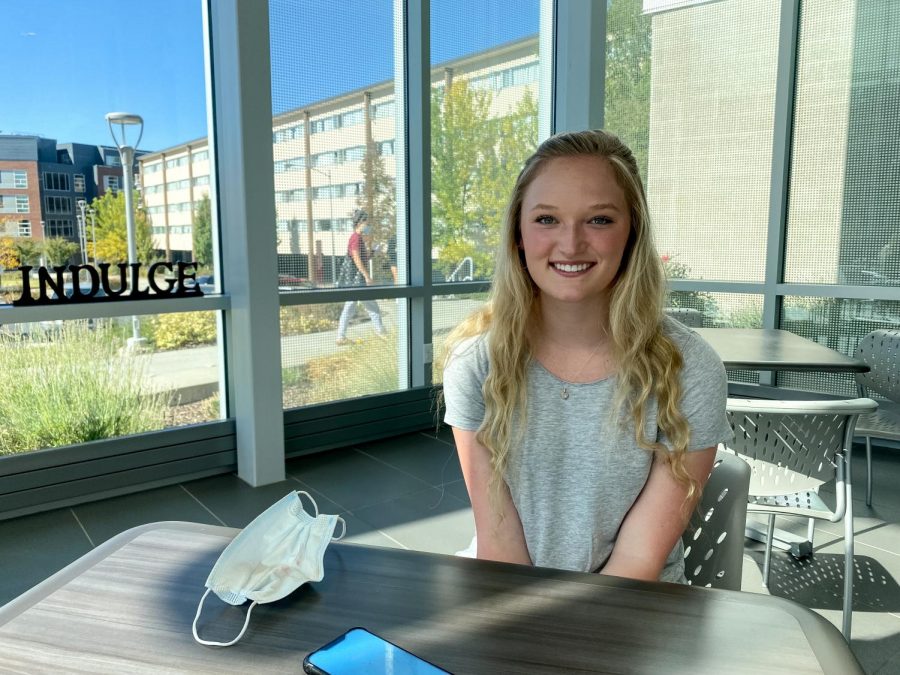 Charly Plinski is a second-year student and first-year RA.

WSU’s resident advisers are trained to handle a variety of possible crises that may arise within a residence hall.

RAs return to WSU for two weeks of training before students start moving onto campus in the fall, said Nichole Goodwin, assistant director of Residence Life.

A final part of the training is called Behind Closed Doors, where experienced and returning staff members perform scenarios and new RAs in-training assess the situations and act out how they would handle them, she said.

BCD is a national program that many colleges and universities use to train RAs, Goodwin said. BCDs last for two days toward the end of the two-week training.

New RAs walk through these scenarios and observe others, she said. Then, professional hall managers debrief the RAs and give them assessments on what went well and what did not.

In that two-week training, RAs are also connected with different campus resources to refer their residents, Goodwin said.

Trainers spend time working with the RAs to make sure they understand their own self-care needs and how to take care of themselves, she said.

Each RA is given a book with a list of different scenarios and corresponding resources to connect students with for those situations, said Charly Plinski, second-year student and first-year RA. The book lays out the scenarios, who to call and what an RA’s job entails in that scenario.

Depending on the situation or crisis, Plinksi said she could use the book to connect a student with Counseling and Psychological Services or Alternatives to Violence of the Palouse, among other organizations, she said.

RAs return early again at the start of the spring semester for a refresher training, she said. They also have weekly meetings and training spread throughout the semester. These trainings are often focused on campus trends that Residence Life is observing.

“So, if we notice, ‘Hey, this is a concern that we’re seeing across campus,’ we’ll put together resources to have [Residential Education Directors] cover with their individual staffs and do some kind of brushing up on what responses would be for situations,” Goodwin said.

If a student comes to an RA and says they are experiencing suicidal ideation, the RA’s first response should be to thank them for sharing, then ask if they feel comfortable talking more about it, Goodwin said.

From there, the RA can decide what the next best steps are to help the student, whether that be calling an RED for further help and guidance or calling the police for assistance, Plinski said.

RAs will always make calls for help in front of the student in crisis, Goodwin said.

“We would have staff call WSU PD in front of that student, because we don’t want to take away control from that student. We want them to know what’s happening in that situation,” Goodwin said.

An RA will only call WSU PD if they determine that the situation is an emergency, like if the student says they have thought out a plan, Goodwin said. The police can then help determine if the student in crisis needs immediate support and what their best resources are at that moment.

RAs also do a lot of follow-ups with students to make sure they are doing okay after the crisis is over, Goodwin said. At this point, they can connect them with campus resources like CAPS, the Office of the Dean of Students or the Student Care Network.

Plinski said she felt BCD training was sometimes difficult because of the sensitive issues it covers. Ultimately, she said she feels the training helped her become prepared to handle crises.

“I think that it wasn’t supposed to be a really hard and emotional training. But it almost had to be so that you can prepare yourself for what could happen in the residence halls,” Plinski said.