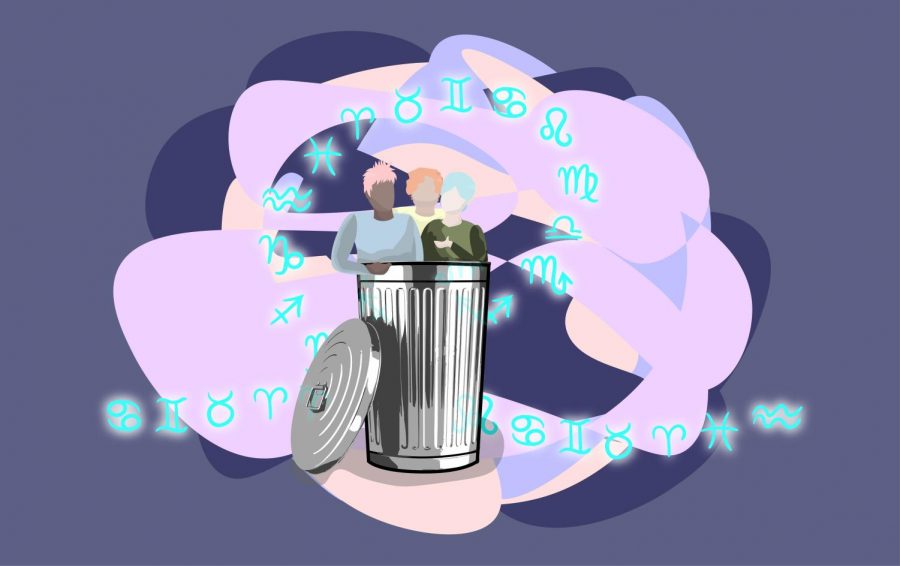 Ariel, a female YouTuber, makes videos about why all men are trash based on their zodiac signs. Why are people — particularly women — continuing to generalize an entire demographic based on a pseudoscientific practice?

For those of you who do not know, feminism advocates for women’s rights based on the equality of the sexes.

Throughout our history, there have been various feminist movements, such as the suffrage movement, women’s liberation movement, black feminism and the feminist sex wars. These movements brought awareness to the inequality between men and women, resulting in beneficial and monumental outcomes.

Despite all the good done over the years, there are still people who misconstrue what it means to be a feminist, smearing the term for the entire feminist community.

For example, Ariel (@Mermaid Musings), a YouTuber who posts videos about astrology, published a video about why all men are trash based on their zodiac signs.

Ariel did not just stop with one astrology sign’s men. No, she talked about all the zodiac signs. But for the sake of time, I am only going to discuss two other zodiac signs: Gemini and Taurus.

Tai Bomar, sophomore architecture major, is a Gemini. He laughed hysterically after watching the video of Ariel’s depiction of Gemini men.

“She is merely spitting out nonsense,” Bomar said. “Everything she said was extremely vague and could literally apply to any guy.”

Bomar said he is very loyal when it comes to relationships. Although he admitted he tends to be emotionless, he would never lie and cheat on someone he loves.

“It is illogical to believe that these traits apply to only Gemini men,” he said. “They can definitely apply to women as well.”

David Aaby, sophomore biochemistry major, is a Taurus. He also laughed throughout the entire video of Ariel’s depiction of Taurus men.

Taurus men, according to Ariel, are boring, lazy people who prioritize food over their significant other. Taurus men’s personalities are essentially the boring infomercials you put on before going to sleep.

“I am the most efficient person in our dorm, for sure,” Aaby said. “And you’re not a normal guy if you turn down the chance to grab some food, especially if it is free!”

Aaby’s friends said they laugh every time they are hanging out with Aaby, effectively discrediting Ariel’s statement that all Taurus men have stale personalities.

Aaby said it is sad Ariel is generalizing every Taurus man based on astrology, which has no scientific backing.

It is important to note that, at the beginning of every video, Ariel does provide a disclaimer stating “Why All Men Are Trash” videos are supposed to be funny. Obviously, the videos are entertaining to watch because she genuinely believes the stuff she says about men regarding their zodiac signs.

As women and feminists, we need to stop making these types of videos, which reflect poorly on the community. Instead, we should help our society better understand what it means to be a feminist. We do not hate all men! We do not believe all men are trash!