'Dr. Jekyll and Mr. Hyde' will have final showing this weekend 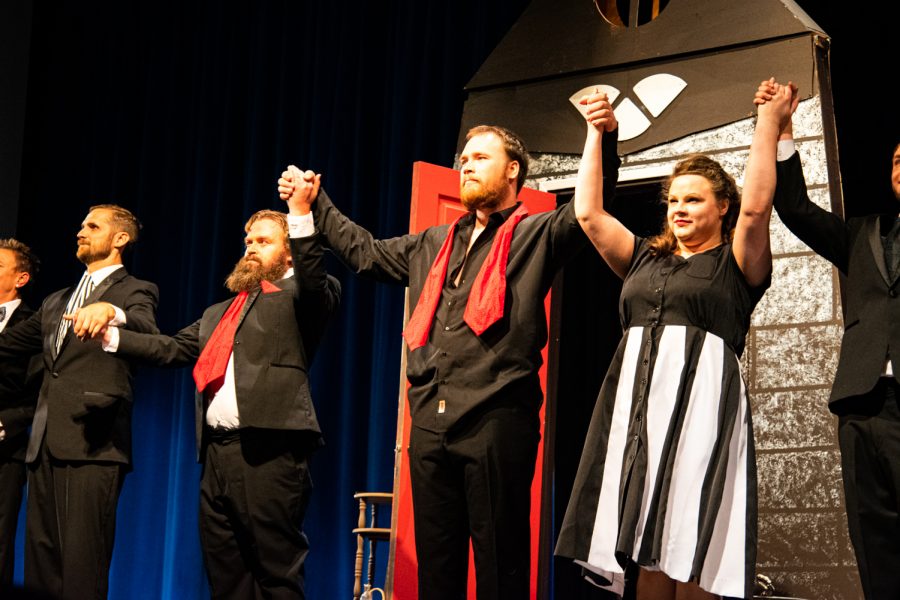 The production will run again this weekend, at 7:30 p.m on Oct. 7 – 10.. All shows are held in Gladish Auditorium in downtown Pullman. Tickets are available at the door and on the Pullman Civic Theatre’s website.

Pullman resident Brittany Armentrout said she attended because she was interested in seeing the theater’s interpretation of Dr. Jekyll and his multiple personalities, as it is not a story people hear often.

Director Mike Long said the four Mr. Hydes were similar, but each version was creepy in its own way.

“It’s by far one of the best casts I’ve ever worked with,” Long said. “They’re smart, and they work hard. It came together really easily.”

The production’s cast and crew are composed of volunteers who spend hours building sets, marketing and rehearsing. Long said volunteers do it because they love being a part of the PCT, which tends to create quality productions.

Actor Jason Tracey, who plays the third version of Mr. Hyde and a few background characters, said it is rewarding to have an audience and hear the applause after the final act.

“With the lights in your eyes, you almost don’t notice any difference between the rehearsal and the real thing— until you hear the crowd,” Tracey said.

Tracey said the last rehearsal before opening night really solidified everything. He was so nervous during the final rehearsal that he accidentally skipped ahead to a later act. He said learning to relax was important to balance playing multiple characters.

Rehearsals also allowed actors to forge a sense of camaraderie by chatting in the greenroom and on walks back to their cars, Tracey said.

PCT volunteers were ready to interact with each other and participate in live performances after the pandemic closed the theater for the past year. Long said he encourages community members to take the opportunity this year to get out of their houses and enjoy the theater.

Long said the first weekend of “Dr. Jekyll & Mr. Hyde” was a success, and that it was an opportunity for him to come full circle in his theater experience.

“It was extremely emotional for me; [I’ve been] dreaming about this for 11 years. And I couldn’t have been happier,” Long said.