Leaders expressed concerns over lack of senator involvement, lack of communication with constituents 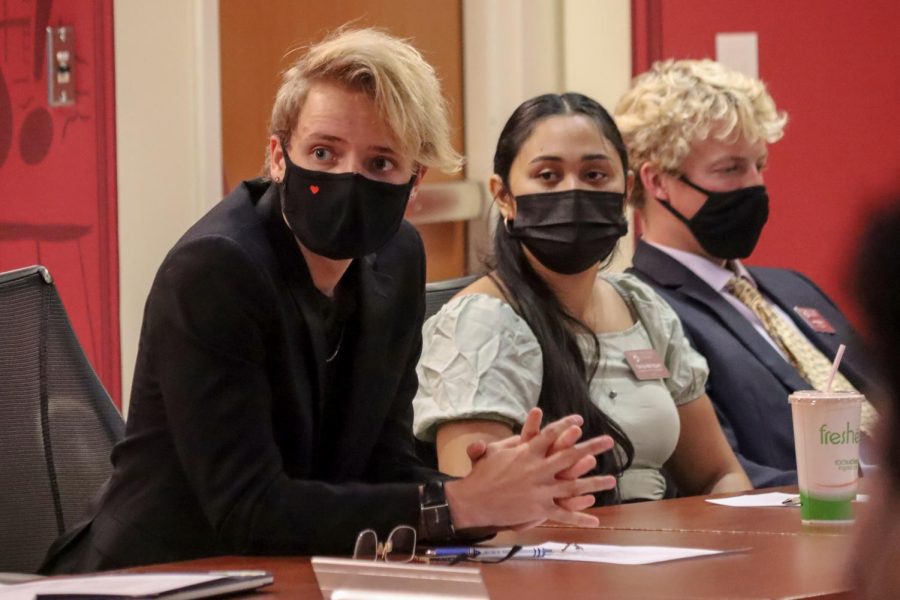 Members of the ASWSU Senate listen to guest speakers during a meeting Sept. 29, 2021.

MEChA recently elected 12 new members, making it the biggest cabinet it has ever had, MEChA Chair Jocelyn Granados said.

The group has many events coming up, including its next general meeting on Oct. 11 and a Día de los Muertos event on Nov. 1, Granados said.

Granados addressed the senate individually as a member of the public regarding the lack of support from ASWSU senators for multicultural constituent groups on campus. Granados said she is concerned about several issues, including the lack of student knowledge surrounding ASWSU, ASWSU’s social media focus that is primarily on senators, and the lack of communication between senators and constituents.

Granados said she wants the senate to communicate in a more professional manner.

APASC will host a Shaping High School Asian Pacific Islanders for the Next Generation event Nov. 5-7. The theme is a shared heritage of culture and knowledge, and the group is hoping to see more support from ASWSU senators, Jimenez said.

BSU President Mikayla Makle said her goal is to ensure Black students have a place for them on campus.

BSU is planning an end-of-semester fashion show and has received funding from Jordan Schnitzer, Makle said the group hopes to organize a dinner along with the show and invite members of the fashion industry.

Makle said she hopes to see more involvement from ASWSU senators at both informational and entertainment-based multicultural events.

Aleman said he hopes to focus on building relationships that foster collaborations and support LGBTQ rights for Chicanx and Latinx students.

Applications for the senate positions are open now and will close Oct. 15.