TV show review: ‘I Told Sunset About You’ is a masterpiece 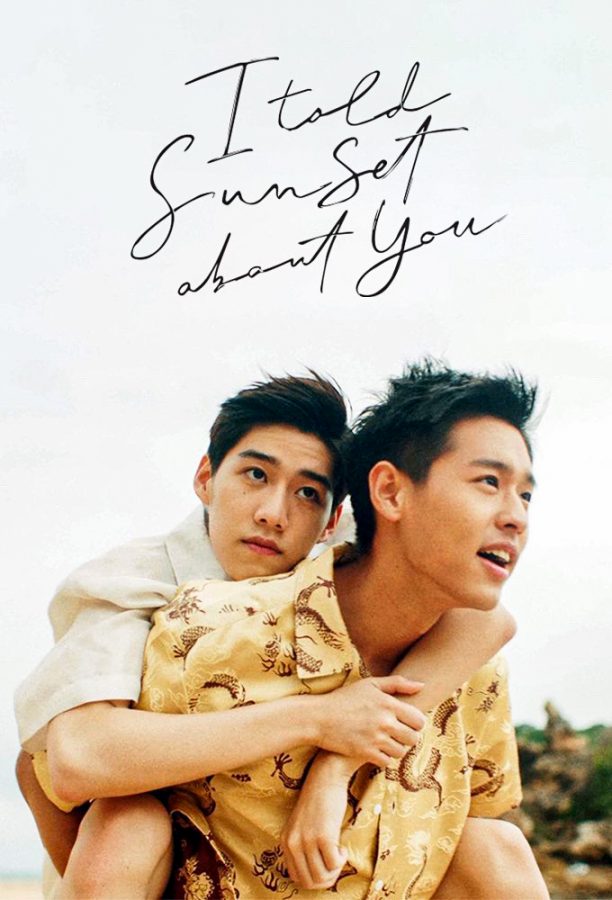 COURTESY OF I TOLD SUNSET ABOUT YOU

This coming-of-age drama is packed with chemistry that will leave you breathless. I promise that you will smile, laugh, cry and pain with the characters.

The U.S. is severely lacking in quality television shows about relationships within the LGBTQ community. As a result, I had to turn to foreign television networks to find what I was looking for.

Lo and behold, Asia produces a ton of LGBTQ TV shows, especially gay (also known as Boys’ Love or BL) romance dramas. Over the past year, I have watched a multitude of BL dramas produced in various Asian countries, such as Thailand, Taiwan, South Korea, Japan and China.

Out of all the BL dramas I have watched, there is one that stands out to me: “I Told Sunset About You,” which follows two teenage boys, Teh and Oh-aew, who explore their relationship while coming to terms with their identities, teenage angst and love for one another.

Teh and Oh-aew used to be childhood best friends, but they had a falling out, causing them not to speak to each other for several years. During senior year of high school, their paths intertwine once again as they prepare for university admissions at a Chinese-language tutorial school.

As the story progresses, they slowly rekindle their friendship, growing closer and forming a bond that extends beyond friendship.

The reason why “I Told Sunset About You” outshines others of its kind is not solely because the writers left out themes found in most BL dramas, such as engineering majors and sexual interactions bordering on sexual assault.

It is the director, Naruebet Kuno’s, ability to set a scene and the actors’ ability to brilliantly portray the complex characters as they grow and change. The audience can feel the initial awkwardness between the characters, leaving us swirling in confusion.

The actors’ ability to express emotions by using their eyes and facial expressions instead of words puts the whole series on a different level — no, a different world.

Above everything else, though, the cinematography vastly exceeds every other BL drama I have watched — and frankly, every American TV show as well. The production team artistically plays with colors to set the mood and tone of the entire series, and every frame perfectly captures the emotion of the scene.

Kuno’s creation captured my attention from beginning to end, from the acting, directing and visuals to the storyline, sound effects and characters. So, hats off to the entire team involved in this masterpiece.

If you are still hesitant about watching “I Told Sunset About You,” the BL drama is incredibly short, only consisting of five 1-hour episodes, and has won three Komchadluek Awards and four Nataraja Awards, which are very prestigious honors in Thailand.

If you decide to watch the BL drama and love it, I encourage you to watch “I Promised You the Moon,” a continuation of Teh and Oh-aew’s story. The continuation swallowed me up and spat me out, leaving me alone to dry my tears. I felt the love, sexual tension, pain and heartbreak of the main characters as if I were them.

So, please watch this astonishing coming-of-age BL drama. You will not regret it!