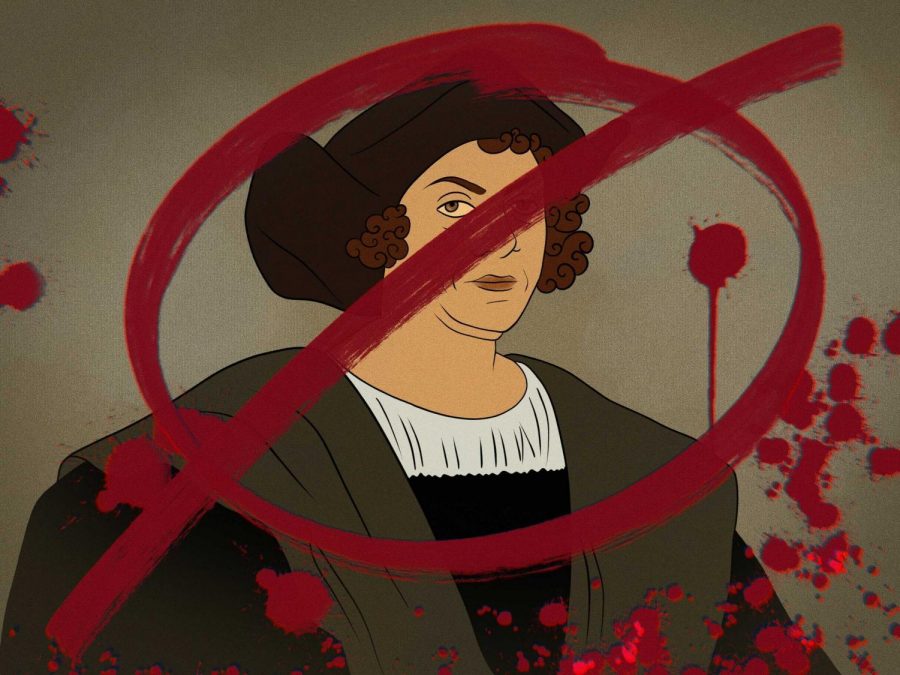 The Italian explorer, Christopher Columbus, would kick off the age of exploration with his “discovery” of the Americas in 1492. But the first Columbus Day celebration would not happen until the 18th century, 300 years after Columbus’ journey across the Atlantic.

WSU Assistant Professor Shawna Herzog said Columbus Day did not become prominent until the late 19th century, however, with Italian Americans celebrating the 400th anniversary of Columbus’ “discovery” as a way to seek acceptance in a xenophobic America that did not welcome Italian immigrants.

Columbus Day did not begin as some sort of celebration of a man’s discovery. It was created as a political tool, which Italian Americans used to connect themselves to a deep root of American history. With that period of history well over a century in the rearview mirror, it is safe to say Columbus Day has outlived its usefulness.

There is also the obvious issue with Christopher Columbus committing atrocities against the Native peoples of the Bahamas and the Americas.

While Columbus’ journey to the Americas was undoubtedly influential in inspiring further European expeditions to the Americas, it is hard to argue that that warrants a holiday. Given the fact that holidays of this nature are celebrations of individuals or events, it is only reasonable that holidays should be reserved for non-genocidal historic figures.

Herzog, whose research focuses on European imperialism, said that Columbus was an unskilled mathematician.

When he stumbled across the Americas, he was actually searching for a route to Asia. Initially, Columbus believed that the Americas were part of Asia because he did not know how far Asia was from Europe.

Herzog said she did not want to celebrate someone for their “mediocrity,” in reference to Columbus’ navigational abilities.

He did not discover the Americas through some stroke of genius, but rather through a gross misunderstanding of the world he lived in. This is yet another reason Columbus is not worthy of a holiday.

Along with Columbus’ inability to find the land he was initially looking for, he did not technically find the Americas when he did finally reach land.

Senior history major Jack Nagel said Columbus’ discoveries in the Americas are not relevant to American history because of this.

“I do not think Columbus Day should be celebrated in the United States, but not because of the various historical narratives around the man,” he said. “We shouldn’t celebrate Columbus because he isn’t relevant to United States history. He only discovered the Americas for the Europeans by landing in the Caribbean, not in any current U.S. territory.”

Columbus certainly inspired subsequent European explorers, but he was not significant to the exploration of the North American continent.

Perhaps the most telling reason why Columbus Day should not be celebrated is that people simply do not take it seriously.

“As a whole, I believe Columbus Day wasn’t widely celebrated for most of its history,” Nagel said. “For many students around the country, it was just another day off from school to be appreciated.”

Columbus Day should not be celebrated today because of the atrocities of its namesake, as well as the reality of his small discovery. It is a forgotten holiday, and it is time to leave it in the past where it belongs.