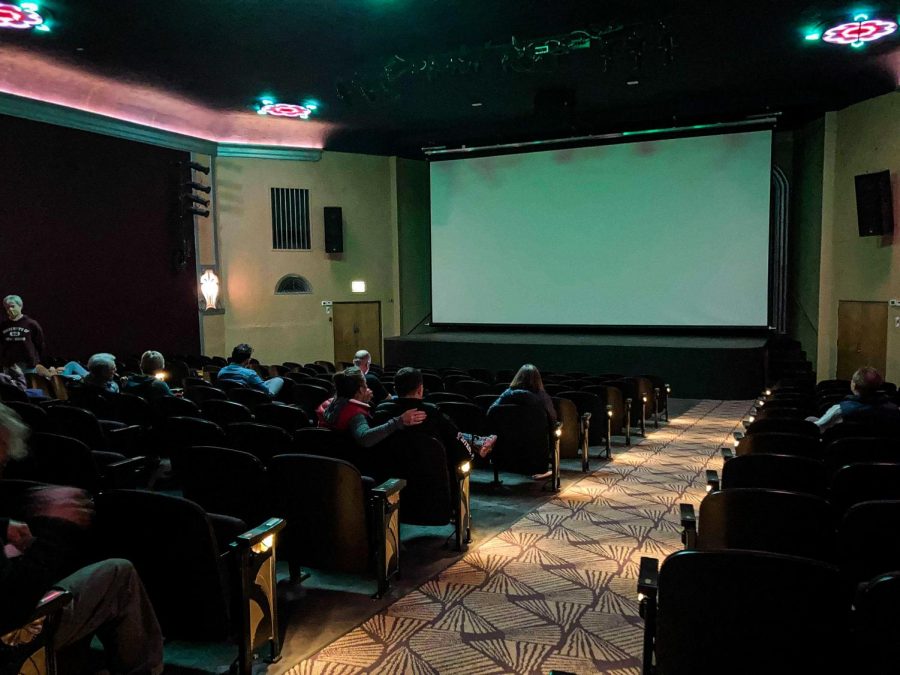 The public wait for a movie to begin at the Kenworthy Performing Arts Centre.

On Oct. 5, Pullman and Moscow community members attended the opening night for the Palouse French Film Festival. Guests were treated with wine and French cheese to enhance their viewing experience and set the mood.

The opening movie was “Le Retour du Héros” directed by Laurent Tirard. It showcases Captain Neuville, who is called to the front lines during the Napoleonic Wars against Austria in 1809, leaving his bride-to-be, Pauline, heartbroken.

Needing somebody to cheer Pauline up, her sister Élisabeth steps up to the plate. She writes her sister letters disguised as if they were from Neuville. American audiences may recognize the actress who plays Élisabeth as Mélanie Laurent, who also starred in Quentin Tarantino’s “Inglourious Basterds.”

This film plays with the idea of a very well-known historical instance of fraud and an imposter scam mirrored in “The Return of Martin Guerre,” said Sean Quinlan, University of Idaho professor.

Written expertly by Natalie Zemon Davis, “The Return of Martin Guerre’” tells the true story of a 16th-century peasant in France, his wife and the man who almost successfully impersonates him.

Much like Captain Neuville from “Le Retour du Héros,” the peasant Martin Guerre is called to the front lines to fight a war. His heartbroken wife is left at home with their child and property. He is not heard from again for many years until his unexpected return — at least that’s what people think.

The person who returns is not Martin Guerre but, in fact, an imposter. This man almost fools even the learned judges of the court until the real Martin Guerre arrives and denounces the pretender, who is then executed.

While there are notable differences between the two stories — class differences and the actual individuals that play a role in the film — the premise remains the same. A man leaves for war, leaving his significant other alone without hearing from him for an extended time. An imposter tries to fill this role until the real man comes back to take his rightful place in society.

If you were not able to see the first film, “Le Retour du Héros,” you can watch it for free with advertisements at TubiTV.

WSU Profesor Sabine Davis said she hoped the festival would bring some new faces to the Kenworthy Performing Arts Centre and expose students from both universities to French cinema.

“I did [notice a difference], you know, because we do have a set amount of regulars, and this time it was a lot of students,” said Karin Falk, who works the ticket booth at the Kenworthy.

The movie which played on Oct. 12 was “Les Parfums.”

“Les Parfums” is a 2019 comedy written and directed by Grégory Magne that follows the life and career of perfume diva Anne Walberg. She is a celebrity of the perfume world, and her talents as a “nose” are sought out by companies of all varieties.