Madhubuti found his passion through Richard Wright books, uses poetry to impact those around him 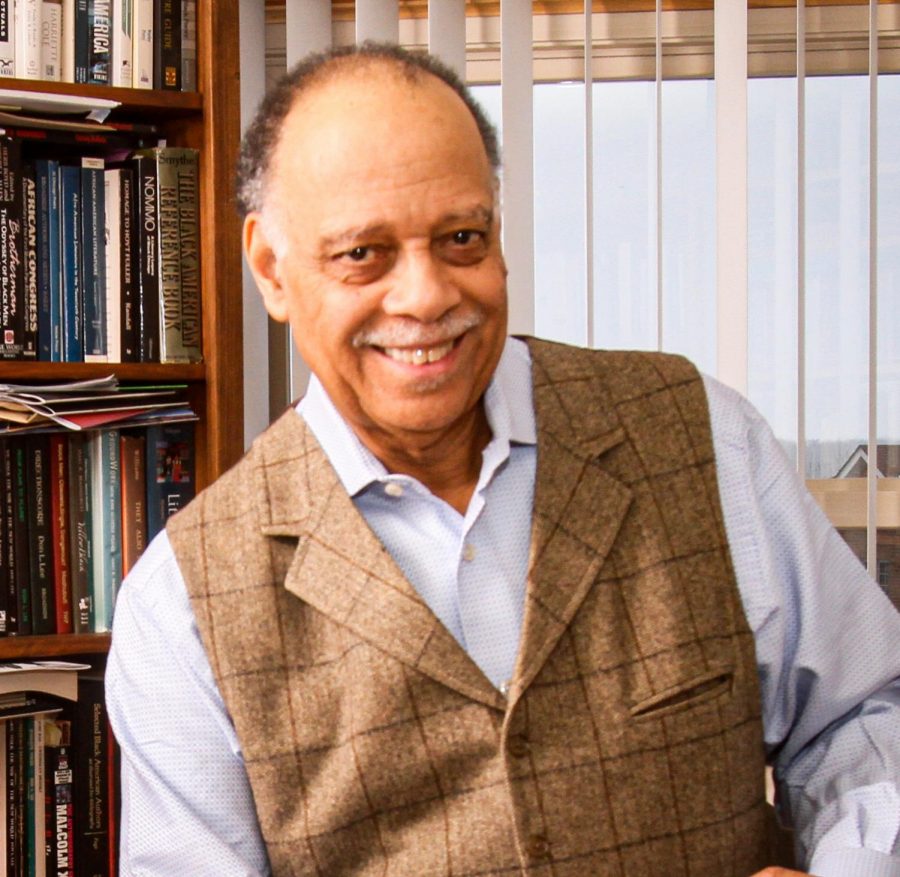 Haki R. Madhubuti is the founder of the Black Arts Movement and the Third World Press.

As a young boy, Haki R. Madhubuti’s mother asked him to go to the Detroit Public Library and check out a book called “Black Boy” by Richard Wright.

With sadness strewn across his face, Madhubuti recalled the moment he refused his mother’s request.

“I refused because of this self-hatred that had been taught all my life by white America,” Madhubuti said. “I didn’t want to go to a white library and check out a book written by a Black man titled “Black Boy,” who was critical of white America because I hated myself. But she insisted.”

Once at the library, Madhubuti said he found the book, held it tight to his chest, discovered a separate part of the library and began to read.

“For the first time in my young life,” he said, “I was reading literature that was not an insult to my own person.”

Madhubuti read over half the book that day, checking it out and finishing it in under 24 hours. He later said he went back to the library and checked out every work published by Richard Wright.

After this encounter with literature, Madhubuti said he began to read Black writings and practiced his own writing skills by mimicking the style of the books he read, which led him to where he is today.

A main icon and one of the founders of the Black Arts Movement, Madhubuti said he was a part of establishing the Third World Press. The Third World Press makes literature relating to the African American experience more accessible to the public. He also co-founded the master of fine arts program at Chicago State University and other institutions that host major Black writers conferences.

“What the Black Arts Movement in America did was push genres, theoreticals, knowledge regarding language, form, ideas and he [Madhubuti] represents all of that,” said Thabiti Lewis, WSU Vancouver associate professor of English.

On Oct. 5, WSU hosted Madhubuti at the Visiting Writers Series via YouTube Live. Lewis, a long-time friend of Madhubuti and Black Arts Movement scholar, served as the facilitator for the event. Lewis said he was glad to share the resources he knew for greater opportunities for students attending WSU.

“I decided to major in English upon reading the works of the Black Arts Movement literature,” Lewis said. “Those writers really impacted me, and I know he’s [Madhubuti] one of those.”

Madhubuti began the talk with a reading of his work, “Poetry.” He conveyed the emotion and worldwide impact of poetry as an art.

“This reading is surrounded around poetry that helps bring some understanding of who we are,” Madhubuti said. “I feel the young people represent our tomorrow. Having taught for 42 years, I think that your job for today and your meaning in this world cannot be more important.”

Looking forward to the next writers series, WSU will welcome Brian Blanchfield in person at the Jordan Schnitzer Museum of Art at 5:30 p.m. Tuesday on Youtube. The reading is free and open to the public.

“Poetry will not stop or delay wars,

Poetry can not erase rape from the landscape,

Will not cease murder or eliminate poverty

or hunger or excruciating fear,

Poems do not command armies

Poetry is not intimately involved in the education of psychologists,

In this universe, The magic, the beauty

The willful art of explaining the world in you

The timeless, the unread,

the unstoppable fixation with language and ideas

The visionary, the satisfiable equalizer screaming for the vitalia dream

are the poets and their bars

Poetry is the wellspring of tradition

The bleeding connector to yesterdays

And the free passport to futures

Link generations to each other

And introduce cultures to cultures

Poetry if given the eye and ear, can bring memories

Language in the context of the working poem

Can raise the minds of an entire civilization

To be touched by living poetry

can only make us better people

The determined force in any age

A part of any answer

Is in the rhythm of the people

For the reader, For the choir seeker

for the many seeking and willing to sacrifice one syllable mumblings

Poetry can be that gigantic river

That allows one to recognize

In the circle of fire

The center of life”