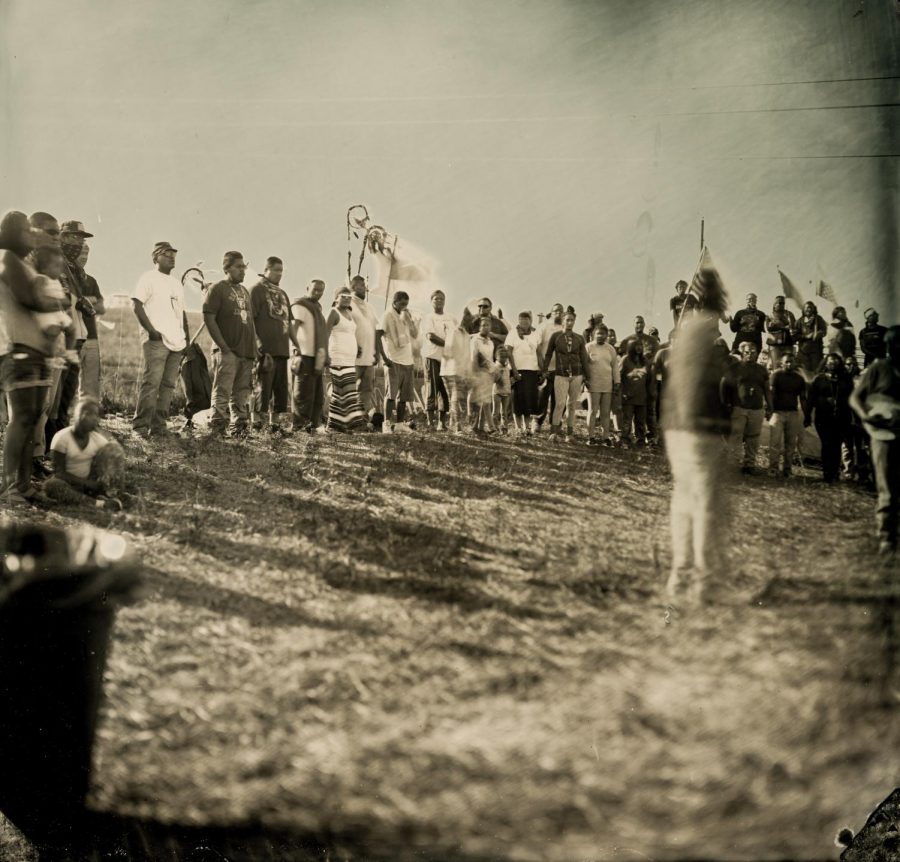 On Oct. 14, Clif Stratton, WSU associate history professor will present “Protest Energy: Pipeline Resistance and the Lessons of History.” The lecture will focus on Indigenous activists’ fight against climate change around the world, particularly the resistance to oil pipeline expansion.

The event starts at 7 p.m. and participants can attend either in person at the Kenworthy Performing Arts Centre in downtown Moscow or by visiting the historical society’s website. It is the second lecture in an ongoing series presented by the Latah County Historical Society, titled “How It’s Going, How it Started.”

Stratton said he has a strong background in the history of protests by Indigenous groups, as he has been developing a book for History 105 about the role of carbon energy in our global political history.

Stratton was invited to give the talk by Dulce Kersting-Lark, Latah County Historical Society executive director. The talk is part of an ongoing lecture series that will focus on how historical context plays an essential role in finding solutions to our most pressing issues.

“[The lecture series] allows both myself but also the other authors to take their work outside the classroom and speak with the public about some issues that WSU students are learning about,” Stratton said.

Kersting-Lark said the mission of the historical society is to help folks see the connection between local, national and global history. She said climate change has absolutely affected Pullman. Agriculture is a big industry in the local region, so the weather impacts the local economy.

Stratton said he became interested in climate change and climate protests while studying political science and history as a college student. He became fascinated by the climate crisis: how it had disproportionate impacts on certain populations and how environmental problems reflect larger historical inequalities.

Through both his talk and the book, Stratton said he hopes to provide a viewpoint that goes beyond presenting climate change as impossible to solve. He wants to show that people have made real impacts in the past by raising their voices.

Stratton will touch on the ongoing demonstrations in northern Minnesota, where Indigenous groups are protesting against the construction of the Enbridge Line 3 oil pipeline. The pipeline could wreak destruction on the headwaters of the Mississippi river that the tribes rely on, therefore threatening Indigenous culture.

Police have arrested more than 900 demonstrators opposing Line 3 and its impact on climate and Indigenous rights, according to the Pipeline Legal Action Network.

“There have been some successes among Indigenous groups, throughout the U.S. and Canada, in terms of stopping pipeline projects for long enough that investors pulled out,” Stratton said. “Like when they no longer become profitable, there have been examples of successes where they’ve actually gotten governments to cancel the pipeline permits.”

Political pressure forces government leaders to take action on climate change, Stratton said. Most famously, Barack Obama canceled the Keystone XL pipeline and President Joe Biden canceled the Dakota Access Pipeline. Pressure is being put on Biden to cancel the Line 3 pipeline, which will be addressed in the talk.

Although it is often touted that creating oil pipelines generates good paying jobs, Stratton says this is not the case. Although there are a handful of jobs that are needed to operate the pipeline, the majority of pipeline operations are independent of human intervention.

He said that while the pipeline will create temporary jobs, the economic benefit is not as widespread as some politicians would lead you to believe. In the end, there is very little economic gain to the local companies from the oil pipelines.

Stratton will also touch on global protest efforts. He will discuss the history of Shell Oil Company in the Niger River Delta in Nigeria and the resistance by the Ogoni, a fishing community whose water sources have been polluted by Shell.

Stratton said successful resistance requires time, persistence and commitment to the cause. Protest sometimes requires the ultimate sacrifice, and some climate protesters have died in their resistance to oil expansion.

Stratton said those who protest oil pipelines are the groups often most affected by the expansion and that protesting is not futile. He said it will take a lot of action from the local level to make an impact in the fight against climate change.

“Most of the time, when you get an article from like NPR, there’s not a lot of conceptualization,” Kersting-Lark said. “They just don’t have the space in the story to give a really robust understanding of the last 100 or 200 or 500 years of history. But we don’t exist in a vacuum.”