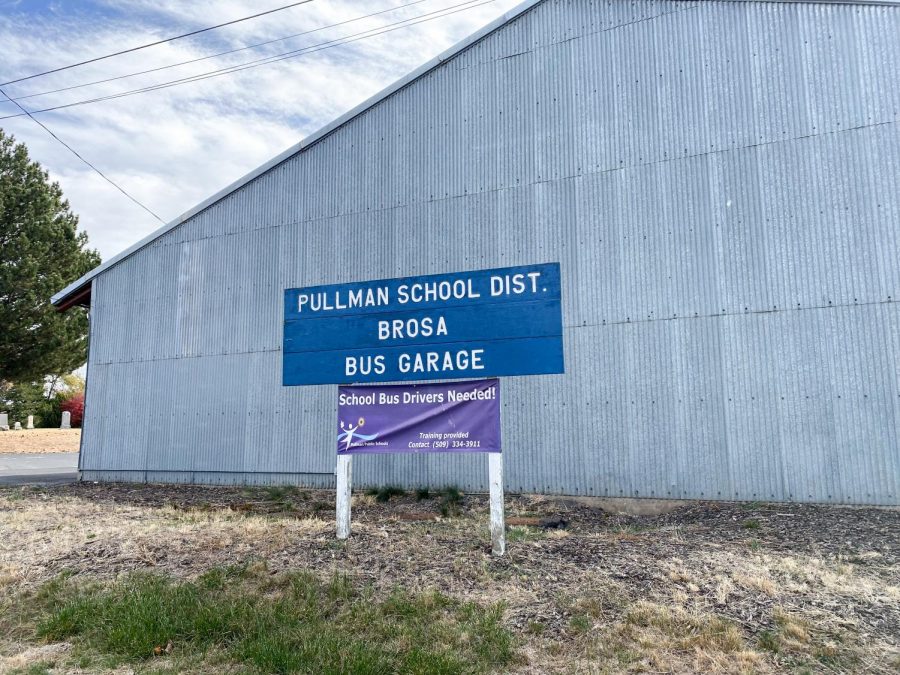 Both Pullman Transit and the Pullman School District are experiencing a shortage of bus drivers, causing more work for other drivers and dispatchers.

The school district’s shortage is a product of the ongoing pandemic, said Joe Thornton, PSD director of operations. The district was able to maintain 17 drivers for 17 routes until recently but struggled for several years to maintain the supply of substitute drivers.

Currently, the district only has 15 regular drivers, one of whom will be leaving soon. The rest of the routes are staffed with maintenance workers who have a commercial driver’s license with a passenger endorsement, Thornton said.

The situation is worsened when teams, groups or classes have an event that requires them to travel by bus. When that happens, there are even fewer drivers available for regular routes, he said. While the district has not had to cancel any events yet, it is likely it will have to at some point in the future.

Recent WSU graduate Tyler Sams works as a dispatcher for Pullman Transit. He worked for the school district’s transportation department last year as a bus driver. He said he was able to work for about two hours in the morning driving students to school, then go to his own online classes. Later in the afternoon, he would pick up the students and take them home.

Sams took a class when he was 19 years old to receive his commercial driver’s license, then later completed the necessary training with the school district to drive a bus, he said.

He now works as the Dial-A-Ride dispatcher for Pullman Transit, where he helps connect rides to pick up older people or people with disabilities with specific routes, Sams said.

Under normal circumstances, a dispatcher drives a bus about once a month. But under the current circumstances, Sams is driving buses up to three times per week, he said. This can take away from his usual dispatching duties, which include coordinating rides and processing applications for the Dial-A-Ride service.

The shortage of drivers is noticeable, especially when there are a lot of things happening at the office, Sams said.

Regular dispatchers help coordinate driver schedules, help drivers if they fall behind on their route and help organize lunch breaks and getting shifts covered, he said.

The shortage has put a lot of extra pressure on the drivers, many of whom are doing overtime work, Kohtz said.

“They’re admirably doing great work to try to make up for that difference and keep the buses on the road,” he said.

The city also has plans to invest in transit facilities to make them more attractive to potential transit employees, Kohtz said. The department is looking forward to the point where they will be fully staffed, but it is not yet known when that will be.