Safe environment on campus shaken by constant berating from protestor 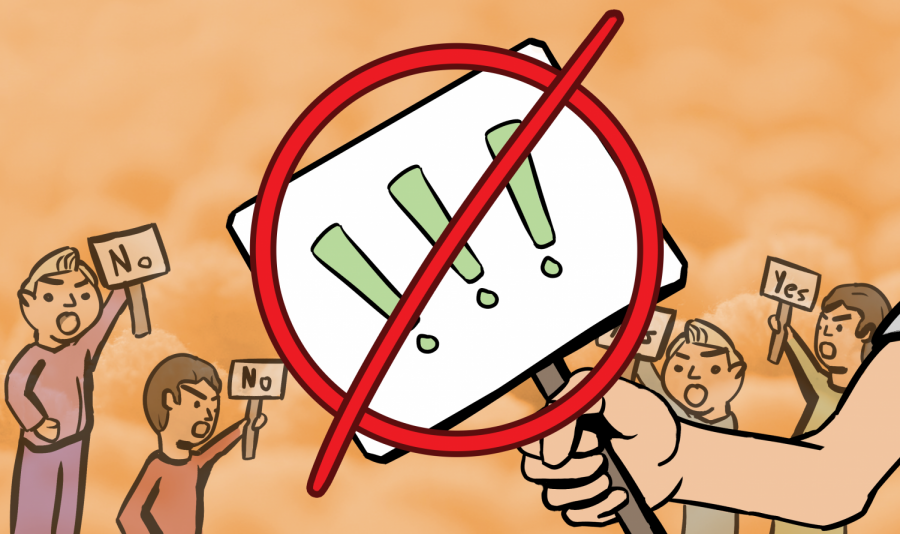 Protests on Terrell Mall lack efficacy and only serve as an impediment to students’ daily business. The protests don’t change students’ minds, and though they’re legal, they really have no place on WSU’s campus.

Protests are a mainstay of modern democratic societies, but just because you can speak in public does not mean you always should.

Protests on Glen Terrell Mall have been happening for years now, and they do not seem to positively affect campus on the campus.

The protests often advocate for radical ideas, which many students do not support, and they do not change the minds of the students who bear witness to these events.

One of the protests that garnered the most attention from students was a religious figure, identified as “Keith,” who was preaching on a myriad of subjects.

Ariana Burr, freshman criminal justice major, said subjects included included both misogynistic and racist ideas that women should be subservient to their husbands and that slavery has been over exaggerated in its severity.

While these are opinions that many disagree with, the reason why these types of protests should no longer be held on campus is that they serve no purpose. They lack efficacy.

“One of my friends said, ‘You know that you’re not changing anybody’s mind. And he responded by saying, ‘I know, I’m not here to change anybody’s mind,’” Burr said.

This is a self-admission by one who vehemently protests for a misogynistic and racist worldview that his efforts have no actual cause to live up to. If one does not even attempt to actually affect change in the world they live in, then that defeats the purpose of protesting, especially in a public setting.

This is not to say that nobody listened to this individual protester or that such a protester has no legal right to continue what he is doing.

“There were a handful of kids who were coming and going, who like, agreed with him,” Burr said.

There have also been other unpopular protests such as the one organized by pro-life activists, which garnered a lot of student attention, but was not as problematic as “Keith.”

“[The protesters] were fairly respectful for the most part. They listened when the conversation remained calm,” Littke said.

While some of these protests can remain calm and not everyone thought the protests were detestable, the issue is that many still do not agree with them, and the vast majority of WSU students do not want these protests occurring in the middle of one of the busiest thoroughfares on campus.

The other issue is that the content of pro-life demonstrations is unpopular on a college campus where there is a severe lack of child care services.

While the pro-life demonstration was relatively amicable, “Keith’s” use of incendiary language and advocation of radical alt-right ideals bred antagonism among the student population.

When discussing “Keith,” Burr also said he is not a student and has no stake in school affairs.

“He has no cause to be there,” she said.

This really highlights the issue that comes up when non-students and those not affiliated with WSU come to the middle of our campus to protest. It is often unimportant to students and faculty members and is only found by many who frequent the heart of campus to be a nuisance.

All in all, while there are no legal statutes that allow for the forcible removal of those who protest their unpopular causes on Terrell Mall, these demonstrations are not well received.

Since they do not change students’ minds, it is time that those who stage these demonstrations grow up and take their complaints away from WSU to places where they might be more than just an inconvenience for WSU students who are trying to make it to class on time.