Stay open to the paranormal

Existence of ghosts, spirits cannot be ruled out 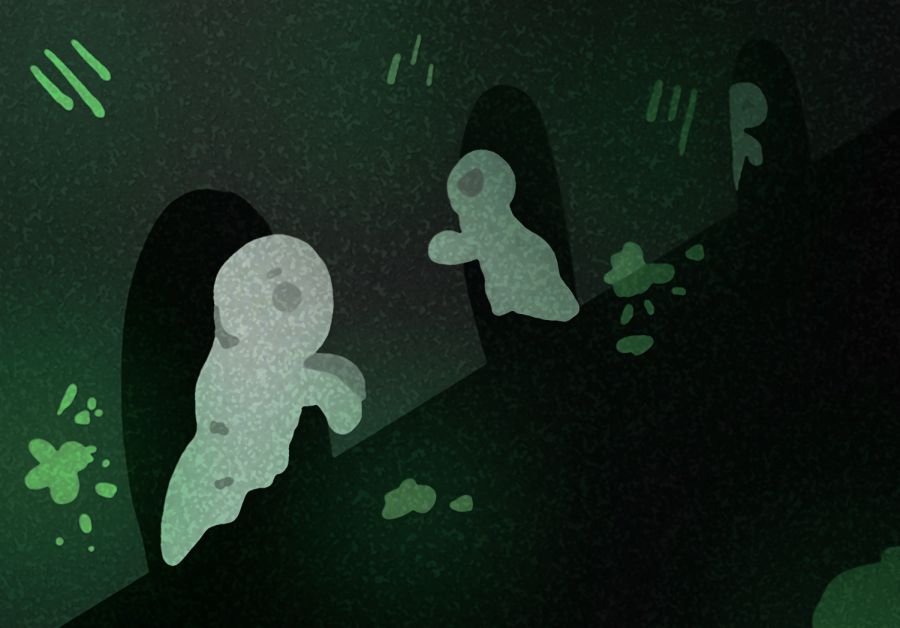 For centuries, people from all different cultures have discussed the existence of the paranormal. Will we ever get an answer to this ongoing debate?

There are several things about the universe humans will possibly never be able to understand. That can either be the most exciting thing or the most frightening thing.

The possibility of ghosts or the paranormal existing is one of those examples. It has been a binary argument for years. People either believe ghosts exist or they do not.

You most likely hear about the claim that there is no such as ghosts, particularly because there is much consensus within the scientific community that supports the claim. Some say there is no way to empirically prove that ghosts exist. Others agree, claiming there is no logical account for their presence.

This type of thinking is also applied to other arguments — for example, the afterlife. There is not a single shred of evidence that suggests the afterlife exists from a scientific standpoint.

Yet, people believe in these things either because of personal experiences or because of other reasoning that makes sense to them.

This is where the binary comes into play. On one hand, people are certain that the paranormal exists because of direct or indirect experiences. On the other hand, people are sure it is nonsense because there is not a scientific explanation that allows it to exist.

Just because science cannot account for the existence of ghosts does not mean the claims automatically overpower the experiences of those who have seen spirits in their own homes.

Granted, there are some in the psychology field who claim to have explanations for why we think we see the paranormal. The most common one is that our brain is lying to us. Because our brains are constantly trying to make sense of things and process information, sometimes our senses interpret things incorrectly.

While that explanation makes sense in theory, I am not willing to accept it as a hard fact. Science is always evolving and sometimes new discoveries replace old ones. Sometimes what we thought was right ends up being wrong.

My opinion is not to discredit scientific discoveries and believe anecdotes. I do not trust every ghost story I hear, and I am willing to accept an alternate explanation for the stories I do trust.

My point is, I think it is hard to truly understand if there really is the paranormal. We cannot be so certain about spirits from the afterlife when we are still debating whether or not an afterlife even exists.

Boaz Glassberg, freshman computer science major, does not believe in ghosts because there is no evidence to support their existence.

“There’s zero evidence we’ve found that says a soul is real, let alone a spirit or a ghost,” he said. “It just seems like wishful thinking to me.”

However, Glassberg is also not completely attached to that answer. He said that if evidence proved otherwise, he would have no issue with changing his mind.

Anna Fagan, sophomore wildlife ecology major, has similar views. She does not necessarily believe in the idea of the paranormal, but she adopts the belief that the possibility is always there.

“There is so little we know about the universe,” Fagan said. “It’s possible that life exists on another plane after death, but we as living beings just aren’t able to sense it.”

She said she has only had one experience with the paranormal.

“Keeping an open mind is probably the key to basically everything,” Fagan said. “There were times that we didn’t believe life existed on a microscopic level, but that was proven wrong in time. So I believe it’s possible that one day we will be able to sense the paranormal.”

To Fagan, we believe in spirits and the afterlife as a sense of comfort because it allows us to know that nobody ever truly dies, and we all live on. She said that the only thing we can do is hope.

It makes sense why humans are so attached to a hard “yes” or a hard “no” in the ghost debate. Most of us — if not all of us — share the fear of the unknown. We hate it when something happens, and we do not have an explanation for it.

This is how many conspiracy theories start. Even if the explanation does not make sense to us, we have to account for why a situation occurred.

But aligning with the views of Glassberg and Fagan, we should always be able to accept when things might be contrary to what we believe. It helps us grow as people when we consider other outcomes and challenge what we personally think.

Nevertheless, I do not believe we will truly have an answer for ourselves until after we cross that eerie border of death. In that case, either we manifest into an otherworldly spirit, or we vanish into the void for eternity.