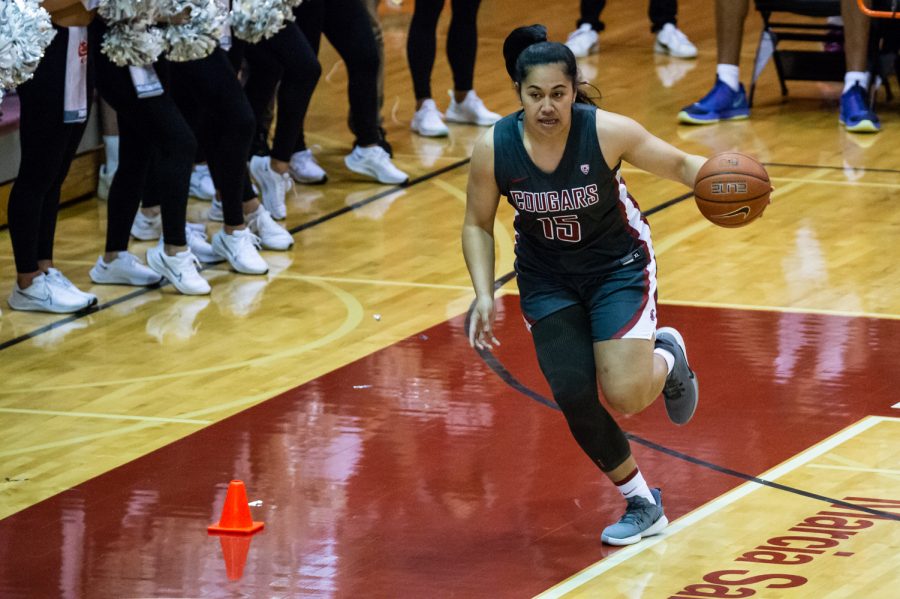 ZZU Mania took place on Friday to kick off the 2021-22 season for both men’s and women’s basketball.

Complete with performances from the Cougar Pep Band as well as the Crimson Girls, fans were able to participate in fun-filled activities such as a half-court shot, a progressive shot challenge and a game of knockout.

For the three-point contest, fifth-year guard Krystal Leger-Walker, senior guard Michaela Jones, sophomore guard Ekin Celikdemir and junior guard Johanna Teder battled it out. In the end, Jones secured the win as she beat Leger-Walker in the finals.

The judges for the dunk contest were Butch T. Cougar, women’s basketball stars Krystal Leger-Walker and Ula Motuga and Tony Thompson, the former WSU tight end who teaches at the Carson College.

The winner of the contest was Gueye. Standing at 6’11 and being the third-highest rated WSU recruit in the last two decades, Gueye was able to showcase the skills to help raise excitement for Cougars fans this season.

He received offers from Kansas and UCLA but instead chose the Cougars. Efe Abogidi was expected to participate in the dunk contest as well, but was held off due to injuries and to get prepared for the season.

The men and women both open the season at home on Nov. 9 as the men’s team goes up against Alcorn State and the women go up against San Jose State.