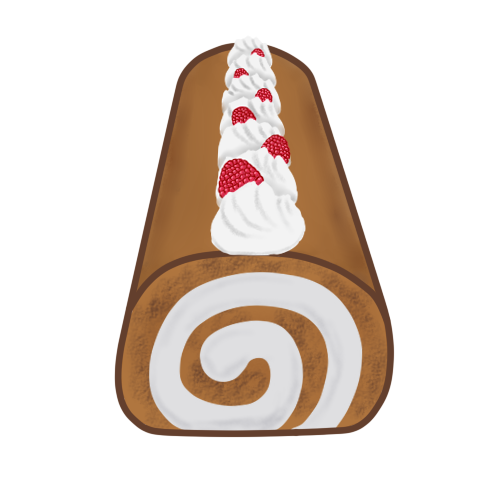 The swiss roll was a signature challenge on "The Great British Baking Show."

With it’s cheerful music and encouraging hosts, this happy-go-lucky show can make even the most cold hearted person melt. Despite the replacement of one judge and three hosts due to production challenges, “The Great British Baking Show” remains one of the most optimistic and feel-good shows on Netflix.

During cake week of season one, the signature challenge was to make a swiss roll – a sponge cake that is topped with jam, whipped cream or icing and then rolled to make a spiral. The bakers can choose their fillings, the flavors and the decoration as long as it meets the requirements.

As for the technical, bakers are given a specific dessert to make. This time they have no idea what they will be baking. They are given the ingredients needed and a very vague recipe to follow. They place their baked goods behind their picture for a blind judging, in which the judges rank their desserts from worst to best.

Finally we have the showstopper. Like the signature, the bakers know their prompt and are able to practice. As implied by the name, their bake must be a showstopper. This means that in size, quantity or decoration, they must be perfect, according to the show.

After the three challenges, the judges must decide who will be crowned Star Baker of the week and who will be returning home to their loved ones.

As always, 12 of the best amateur bakers in Great Britain return to the tent in this season in the hopes of being crowned the best non-professional baker of 2021. The winner will also receive the coveted Great British Bake Off branded cake stand, a lovely bouquet of flowers and the recognition that comes with the title of Best Amateur Baker in Great Britain.