Pullman will have access to decreased amount of water; path improvments will be made on two roads 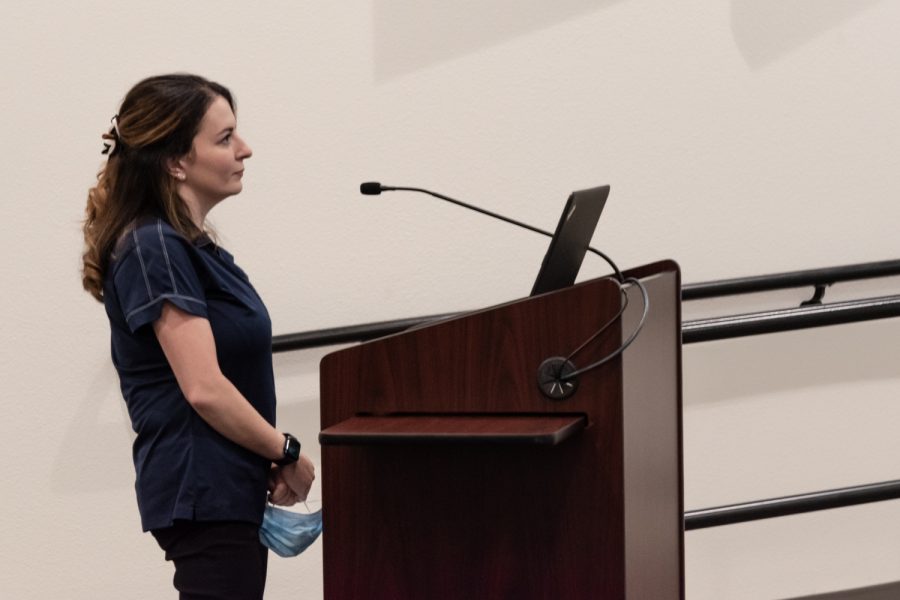 Data from the past few months has shown an increase in average weather temperatures, a decrease in precipitation and an increase in the rate of evaporation, PBAC Executive Manager Korey Woodley said.

Working with WSU and University of Idaho engineering students has shown that infrastructure and devices are providing more effective in conserving water than educating community members on ways they can decrease their water usage, she said.

GIS is the combination of software and spatial data, as well as the way users interact with that data, Jenkins said. Overall, GIS plays a key role in location and mapping in Pullman.

The summary gave an overview of the GIS website available to the public. The website includes benefits of the new software including imagery, address management and utility networks.

The implementation of a GIS plan allows for data sharing with external partners, puts information in the hands of users more efficiently and gives the city tools for nonspatial business systems, Jenkins said.

The possible projects are designed with several factors in mind, such as design for the economy and design for resources, Krikac said.

Pullman’s 2021 assessed value has risen to $2.17 billion from the 2020 assessed value, which was $79 million, Davis said. Pullman makes up 47 percent of Whitman County’s total value.

It is expected that the estimated numbers will be met as long as the city continues to follow the same post-pandemic trend it has seen in the past, Davis said.

The council is scheduled to set the 2022 property taxes on Nov. 16, Davis said.

The council approved a plan regarding the resurgence of downtown Pullman in 2019, Lott said. The drafted plan from February 2020 was delayed because of COVID-19 and was adopted into the 2021 comprehensive plan.

Shawn Kohtz, Pullman public works director, presented a resolution to approve the execution of the 2022-24 surface block grant. It will be set aside for path improvement on Orchard Drive and Valley Road.

The project, which was designed by WSU staff, will add a more level walkway and more trees will be planted along the path, Kohtz said.

The council moved to adopt the resolution.