Cougs look to have shot at NCAA Tournament berth, first since 2008 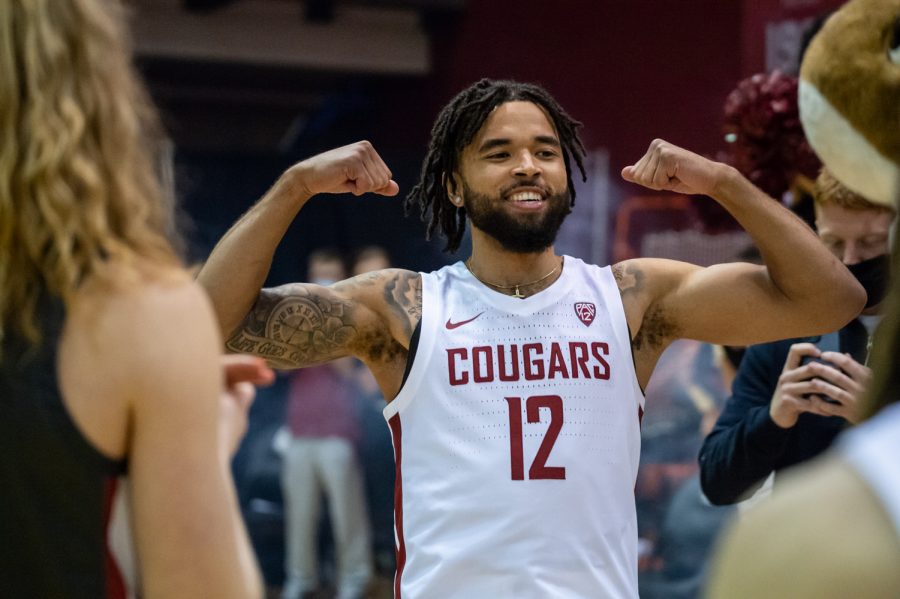 Basketball on the Palouse has never seen a more exciting time, with the future being bright this upcoming season.

The Cougars finished ninth last season in a very loaded Pac-12 conference, with a 14-13 record overall and 7-12 in the conference.

The rise of junior guard Noah Williams after last season, along with sophomore forward Efe Abogidi, brought light to Beasley Coliseum, making them the faces of men’s basketball in Pullman.

Although the team looked great at the end of the season, putting everything they have on the court, the real fun did not start until the off-season began.

WSU landed one of the best available transfers in senior guard Michael Flowers from South Alabama.

During his time at South Alabama, Flowers was ranked fourth in Division I basketball in overall scoring as a senior with 588 points in just 28 games. He averaged 21 points, about five rebounds, four assists and two steals a game while shooting about 40 percent from three.

That is a big reason to get excited on the Palouse, right?

Roberts scored over 1,000 points in just two seasons, averaging 16.5 points a game while shooting 41.1 percent from three-point range in his career.

Head coach Kyle Smith needed some productive scorers after last season, with the Cougars finishing near the bottom of the conference in points per game offensively last season.

He got two of the best scorers in their respective divisions and conferences to now play for the Pac-12.

In the coaches’ poll from Pac-12 Media Day, the conference picked WSU to finish eighth in the regular season, just one spot up from last year’s finish.

Critics have been quick to point out how low the Pac-12 has ranked WSU in the preseason, with Jon Rothstein, college basketball insider for CBS Sports, saying on Twitter that the Cougars are “way too low here.”

Andy Katz, NCAA.com insider, got to interview Roberts and Abogidi after Pac-12 Media Day, and in a Tweet, Katz mentions that he has the team “finishing higher than eighth in the Pac-12,” contrary to the coaches’ poll.

Rothstein also said the Cougars are a “dark horse NCAA tournament team” this year, meaning that the Cougars could reach their first March Madness appearance since 2008 when Klay Thompson was still on the team.

Joe Lunardi, bracketology analyst for ESPN, has the Cougars in the “first team out” section, which are the teams that just barely miss the NCAA tournament.

Without any basketball having been played, the Cougars are already being talked about as a tournament team.

The non-conference slate for WSU this season doesn’t have any big names from the big conferences for basketball, but the Cougars do host UC Santa Barbara, an NCAA tournament team from last season.

WSU also plays host to Winthrop and Eastern Washington, two tournament teams from last year, and get to welcome Boise State and South Dakota State, both big schools for basketball, to Pullman.

The real test comes in conference play, where the Cougars first play Arizona State and USC, two top teams that are projected to finish higher in the conference than them.

Luckily, WSU only has to play No. 2 UCLA once this year, one of the most dangerous teams in the country after their magical Final Four run in the tournament.

The Cougars will almost certainly win at least 20 games this season with this somewhat-favorable season schedule, be at least sixth in the Pac-12 tournament and be in line to fight for an NCAA tournament bid.

Spirits are high, momentum is driven and the Cougars are ready to start their March Madness campaign in two weeks with their first regular-season game.