Etsi Bravo set to host biggest party of the year 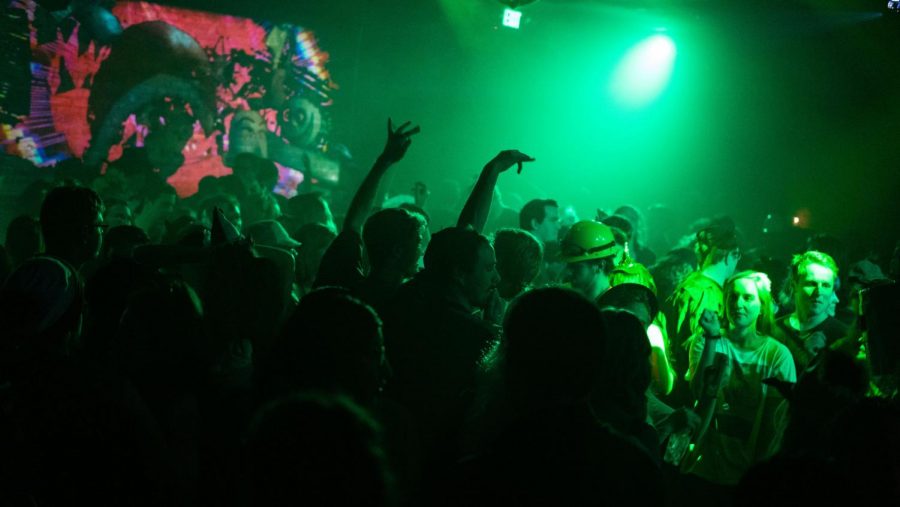 The owners of Etsi Bravo are looking forward to bringing back their annual Halloween party after it was completely shut down amid the pandemic last year.

Owners Cory Preston and his wife, Blake Preston, opened the dance and nightclub in June 2015. They said their Halloween event is something they look forward to every year.

The nightclub will be hosting one of its biggest parties of the year from 9 p.m. to 2 a.m. on Saturday, Oct. 30. The Halloween party will include a costume contest and a dance competition where winners will receive cash prizes.

“We’re really excited,” Cory said. “We were like a fish out of water when we weren’t able to do this stuff. So we’re thrilled to be back open and be able to host parties.”

James Cathy, better known by his alias DJ Macfie, has been DJing at Etsi Bravo as his home base for the last six years.

DJ Macfie said he started as a drummer in a band and then picked up DJing 10 years ago. Aside from DJing, Macfie is afull-time video producer for WSU Global Campus.

During the annual Halloween party, DJ Macfie will be playing everything from top hits and electronic music to spooky remixes.

Cory said DJ Macfie has been big in the scene at Esti Bravo for almost a decade now.

Over the pandemic, Etsi Bravo built a kitchen and changed their license into a restaurant. Their new menu offers elevated pub food in addition to their signature craft cocktails. The kitchen will be open until 10 p.m. on Saturday, Oct. 30, and a special cocktail menu with discounted Halloween-themed drinks will be available.

VIP tables are available every weekend at parties, which offer booths, bottle service and the opportunity to have a big group together.

In past years, Cory said the line has been down the block by 10 p.m. to get into the venue. His favorite part about hosting the party is seeing how ridiculously people dress up and all the creativity brought to the event.

“It’s hard to say [how many people to expect] this year. We don’t know, and we’re not sure how many people are comfortable with coming out,” Cory said.

On Friday night, Etsi Bravo will be hosting their seventh annual masquerade ball that is open to the public for general admission. Cory said Etsi Bravo holds other themed events throughout the year that help raise money for local charities.

“It’s absolutely bonkers; it’s a spooky good time. It’s one of our biggest nights of the year,” DJ Macfie said.