Club lost $30,000 worth of plants because of pandemic; students can make $10 an hour in scholarships after working 10 hours 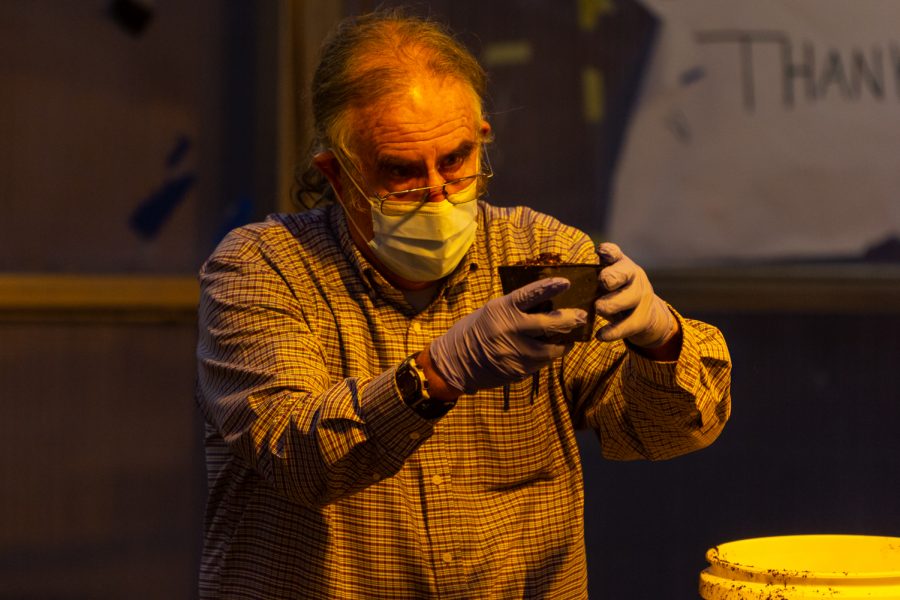 The Horticulture Club lost $30,000 and most of its members during the pandemic. But the club is back up and running.

The club was forced to cancel its largest sale in spring 2020 because of the pandemic, said Cora Borgens, senior landscape nursery greenhouse management major. The club lost all of the plants from that sale, costing about $53,000.

Luckily, co-adviser Jamie Holden said he was able to hold this year’s spring sale by appointment, reducing losses to $30,000. Running sales this way is something club members will continue to do into this year.

“Until we get a regular sale — that might be three or four years from now — there is nothing we can do about it,” Holden said. “Things are different. Everybody’s trying to do their best. That’s all you can ask.”

The club spends about $14,000 a year in supplies, including purchasing plants, soil and pesticide, he said.

“We basically operate like a small business,” Holden said.

Borgens said she was charged with the task of renewing the club, getting new people together and getting the first couple plant sales started.

“Our club is open to anyone. We have people from all sorts of backgrounds, so you don’t have to know anything about plants coming in,” she said.

One of the biggest benefits of the club is not only the experience, but the financial assistance, Borgens said.

Once students work 10 hours, they get paid $10 an hour in scholarship money. The money goes directly into their team account at the end of every semester, Borgens said.

“We have every intention of selling every single plant that we produce here,” Holden said. “We are very fortunate that we are allowed to sell plants, and because of that, we are able to provide the students with scholarships.”

Even if students do not have an agriculture or horticulture-focused major, many become well-versed in plant maintenance thanks to Holden’s detailed demonstrations.

In preparation for Valentine’s Day, club members planted tulips for their sale during Family Weekend.

Holden demonstrated how to plant the bulbs — with enough space for the roots to grow freely, ensuring the best quality plants are grown and sold to the community.

“Horticulture does not translate to virtual learning when you’ve got a living plant,” he said.

He said people come to get their plants from the club because they grow some of the best plants available in the Pullman area.

“[Holden] likes to be very hands-off, and that’s another one of the fun things about the club — it’s almost entirely student run,” Borgens said. “When it comes to the actual work, he just lets students go.”

Club members are in charge of planting activities, Holden said.

“I stay in the background,” he said. “I show them what I want done as a group, and they figure out how to do it.”

Holden’s former boss, Kurt Scheffel, passed the responsibility of running the club off to Holden in 1999. Holden has remained with the club ever since.

“The best part is I get students for enough years to see them change, as they gain more knowledge, more confidence,” he said. “So it’s basically training the students for life.”

Holden said he wants students that come out of the club to be prepared to enter the horticulture industry.

The club is in its first planting. Next semester, when the majority of their plants are grown, will be their busiest time, he said.

That is when the members will find out how well they did, Holden said.

The club rented out Beasley Coliseum in preparation for Family Weekend in April 2022. Holden said he anticipates filling it up with about $20,000 to $30,000 worth of plants.

The sales will be done through appointments again, so they will not make as much money, Holden said. But the club will not lose money.

The club will be selling poinsettias after Thanksgiving.

Students interested in getting involved in the club can join through Coug Presence.