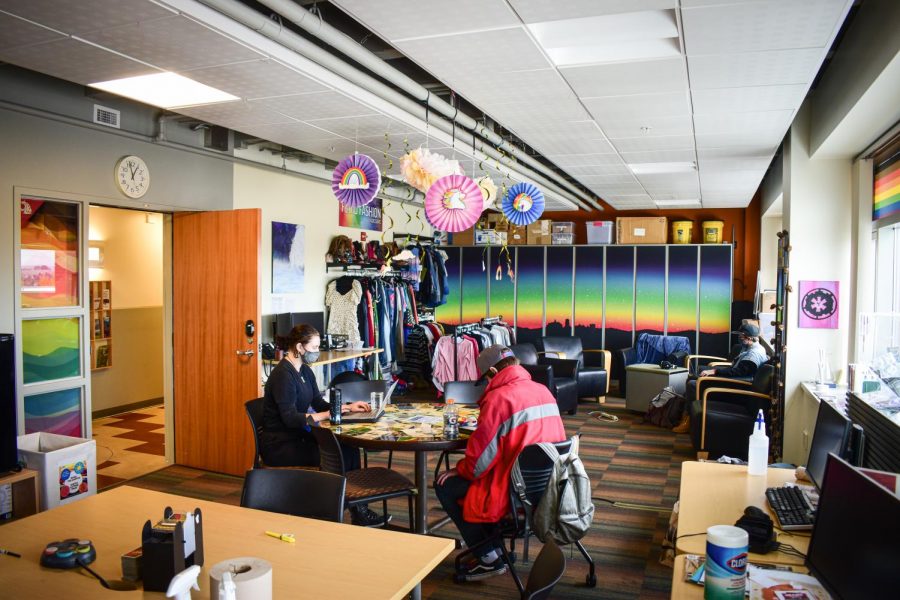 GIESORC is located on the fourth floor of the CUB.

October marked another celebration of Pride History month at WSU.

The campus movement for LGBTQ awareness dates back about 50 years. In 1970, WSU’s Association for Women Students hosted a panel where one gay man and one lesbian spoke about their first-hand experiences with stereotypes, according to a timeline from WSU Libraries.

In the early 1970s, an organization called Gay Awareness was formed for students interested in learning more about the gay experience. GA received media attention, ASWSU funding, status as an ASWSU committee and backlash from students who opposed the organization, according to the timeline.

In a ballot vote in the spring ASWSU election of 1979, the student population voted to end funding for the GA club and end ASWSU’s committee, according to the timeline.

The club would not form again until 1994 under the new name “Gay, Lesbian, Bisexual, and Allies Center,” and an ASWSU commission called Gender and Sexuality Alliance was also formed.

The club later changed its name to Gender Identity/Expression and Sexual Orientation Resource Center in 2006. The club’s reformation is one of the most important points of LGBTQ history on campus, GIESORC director Matthew Jeffries said.

GIESORC was one of the first 25 LGBTQ college organizations in the nation at the time of its reformation in the mid-90s, Jeffries said.

As GIESORC director, Jeffries said he oversees many different areas of inclusiveness at WSU. He works one on one with students, guest lectures in classes like Psychology 230, conducts training with faculty and works with administration to develop more inclusive facilities such as gender-inclusive bathrooms.

One of his favorite responsibilities as director is working directly with students. Jeffries’ office is in GIESORC, which is on the fourth floor of the Compton Union Building. He said he will often ask students hanging out in the center for their thoughts and advice.

“And I get to take whatever our students are literally saying, and then amplify that and hopefully change systems to be more thoughtful, and inclusive and affirming,” he said.

Before the pandemic, one student pointed out to Jeffries that they never had a female STEM professor in their degree area. Jeffries said he worked to get a group going called Q* STEM, which was initially stifled by the pandemic, but has restarted this semester.

Part of the group’s work has been the development of a LGBTQ STEM panel on Zoom on Nov. 18. The general theme will be navigating the STEM field as a queer person, Jeffries said.

Chris Dickey is the chair of the President’s commission on Gender Identity/Expression and Sexual Orientation. Dickey said the goal of GIESO is to advocate for LGBTQ people on campus.

The commission does a lot of similar work to GIESORC, like advocating for gender-inclusive facilities and increasing communication about LGBTQ topics on campus, Dickey said.

In October, the commission sent out a WSU Insider article about pronoun visibility and increasing their usage, Dickey said. ASWSU passed a resolution last spring to make pronouns available on myWSU, according to the article.

Jeffries said they are also in the process of getting pronouns printed on Cougar Cards.

The celebration of pride and pride history should not only last two months per year, Dickey said.

One of the most important things WSU administration can do for LGBTQ students and faculty is maintain consistent messaging on queer issues and pronouns, Dickey said. There has been an increase over the last several years in students vocalizing their concerns, and the school has been receptive to that.