Do not be a sheep

Educate yourself on issues; do not follow the herd 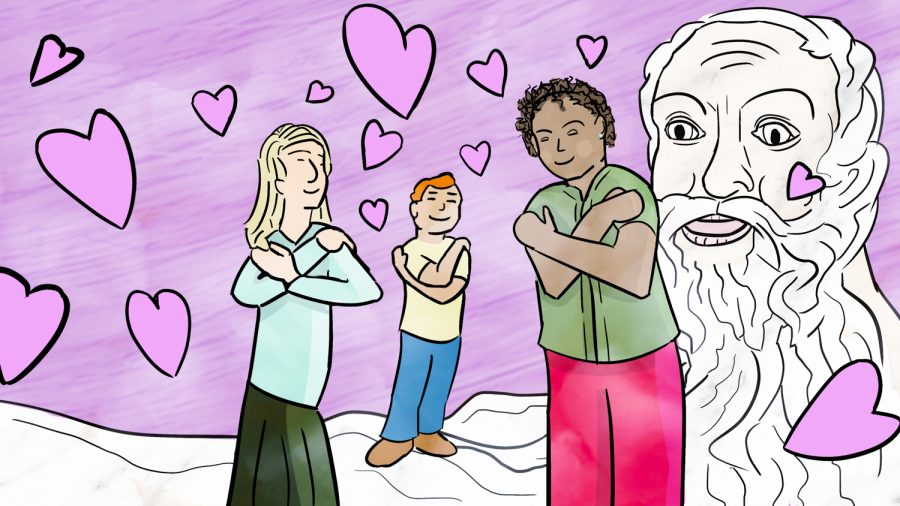 Determining what your own opinions and beliefs are outside of your friends' and peers' gives you a leg up in self-confidence.

For example, Texas legislation recently passed a bill prohibiting women from getting an abortion after a heart beat is detected in the fetus.

Political differences aside, passing a law that prohibits abortion does not stop women from getting one. It only makes it more difficult, resulting in them trying to find unsafe methods to complete the procedure.

As you can see, the bill is completely illogical and unreasonable, yet it was passed by the majority who blindly listened to advocates lobbying for its passage.

A classic social psychology experiment perfectly demonstrates this phenomenon. In 1951, psychologist Solomon Asch conducted an experiment to investigate the extent to which the majority group could influence a person to conform.

He found that 75 percent of the participants conformed at least once to the incorrect majority opinion, even when the correct answers were glaringly obvious.

While this experiment was conducted about 70 years ago, its findings are still relevant today. Our society continues to act like a herd of sheep who blindly follow and conform to the masses, allowing ourselves to be controlled and directed by a tiny few.

In our society, these tiny few are public figures, such as media personalities, entertainers, professional athletes and politicians.

Did we not learn anything from the Clinton-Lewinsky scandal? Our president went on live television and lied to our faces about his relationship with his secretary. I am almost positive everyone remembers the famous line: “I did not have sexual relations with that woman, Ms. Lewinsky.”

How can we honestly believe anything that comes out of public figures’ mouths is true when the leader of our country spouted lies to save his behind?

Yet, here we are, continuing to be herded up, fed by unreasonable opinions and sent off into the world with the belief that what they said is absolutely true.

Singh provides an insightful reason as to why we should continue listening to the opinions of public figures. We can expand our general intelligence by understanding how people think and reason, influencing us to think critically and find holes in their beliefs.

As a society, we need to stop being starstruck by public figures’ perceived importance and blindly conforming to the majority opinion.

Instead, we must build confidence in our own opinions so we will not be swayed by the opinions of others. We must think logically to offer certainty in our opinions, making us less conformist and hamstrung on what others think.

“Without the truth, what would be the point of anything?” Singh said.

Socrates offered us a way to discover the truth while also developing our own opinions on the matter. He devised a rigorous test referred to as the “Socratic Method of Thought.”The steps are as follows:

Socrates’ test is easy to follow and can be applied to practically any subject matter. The test can be very beneficial to those of you who feel unnerved when faced with opposition to your opinion on a certain matter.

Audrey Ulman, freshman pre-veterinary and zoology major, said she is often hesitant to speak up when her opinion is in the minority. Like her, we have all felt this when faced with opposition to our personal opinions.

“If I knew for certain that my opinion was correct and I had all the evidence to back it up,” she said, “I believe that I would be able to [stand up against the majority opinion].”

If you go through the five steps of Socrates’ test, I guarantee you will feel more confident to go against anyone. The test helps authenticate your opinion by forcing you to critically think about the possible exceptions to your belief, allowing you to get closer to the truth of the matter.