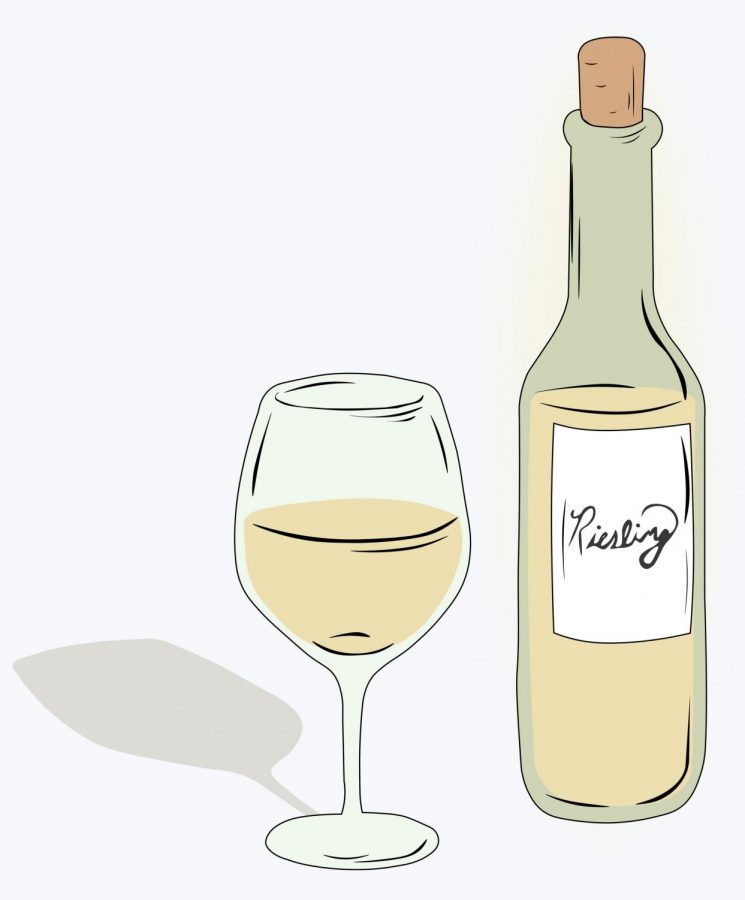 All wine sale profit will be recycled back into the program.

Grapes were harvested at Tsillan Cellars on the south shore of Chelan and Lot 75 Vineyard on the north shore of the lake, said Andrew Gerow, WSU Tri-Cities viticulture alumnus and one of the wine creators. The grapes were pressed at Succession Wines in Lake Chelan and processed at the Ste. Michelle Wine Estates WSU Wine Science Center in Richland.

Gerow said he decided to create a Riesling wine because it shows dramatic differences in taste and sense of place based on the growing region. The wine is also a favorite of his and the other collaborators on the project.

About 20 different locations were considered for the wine grapes, Gerow said. Chelan was chosen because the location has two different growing regions in one place. There were also growers in the area who were willing to donate grapes to the viticulture program.

All of the profits from the sale of the wine and from other sales in the viticulture program are recycled back into the program for field trips and other projects, he said.

Gerow said he and other researchers presented a poster of their findings and won first place in undergraduate research at the Washington Winegrowers 2020 Poster Session and Graduate Student Oral Presentations.

When Gerow tried the wine, he said he thought it was a good wine that accurately represented the differences in taste between the two growing regions.

Alex Ostrom, WSU Tri-Cities viticulture alumnus, also helped create the wine. He also enjoyed the wine but thought it could be aged a bit more.

“I thought both of these are a little young to drink right now,” Ostrom said. “They still have a ton of acid so they’re a bit intense. And like they’re pretty in your face. But I think, give it a couple more years, like three to five years, and they’ll be drinking really, really nice.”

He said it was really cool to go to such a beautiful place to visit the vineyards and see how two nearby vineyards can create drastically different wines. The north shore of Lake Chelan faces directly south and gets a lot of sun during the growing season, while the south shore gets less sun and is cooler.

Pagett said creating the wines was a great experience.

“I loved just getting out and being able to take in the scenes,” he said. “You know vineyards are just so beautiful, especially in Chelan. Just kind of getting to be outside and being in the lab was also really great.”

The three students became friends through the viticulture program. Ostrom said this is why they decided to collaborate on creating the Rieslings together.

Pagett said being part of the viticulture program at WSU Tri-Cities was a real advantage because of the small class sizes, professors and proximity to wine country. He also made great friends in the program. His class took multiple trips out to vineyards.

Creating wine is not entirely cut and dry, Ostrom said. It is a creative problem-solving exercise that involves mostly science and a bit of art.