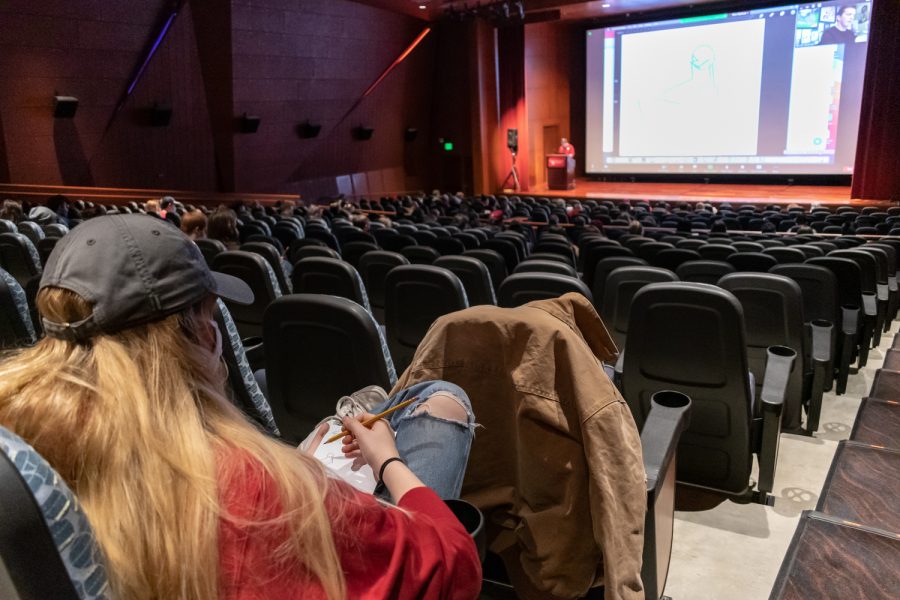 On Tuesday, former Nickelodeon animator Butch Hartman visited WSU virtually to teach students how to draw some of his best characters.

The hybrid event was hosted by the Student Entertainment Board in the Compton Union Building Auditorium.

Devin Mendenhall, Student Entertainment Board adviser, said around 75 to 100 students attended the event, and the board was pleased with the turnout.

In planning the event, Mendenhall said they chose Butch because SEB felt a lot of students would be interested in working with someone that created well known characters on shows such as “The Fairly OddParents” and “Danny Phantom.”

Cameras on the audience still gave students the opportunity to interact and show Butch their drawings. Mendenhall said their main goal was to create an interactive space for students to draw and gather together.

“He’s definitely got a knack for entertainment,” she said. “He was very engaging throughout the entire event.”

Butch kept it engaging by making jokes and impressions of some of the characters he created.

The characters were pretty simple to draw, she said. As long as you had the image of the character in your head, Butch’s tutorials were all very recognizable and easy to follow.

“The way he would show off his work was demonstrating through just lines and shapes,” Doar said. “Anybody could get a grip on how the characters were starting to form.”