Counting your blessings through the decades

Idea of sharing meal has stayed same; actual food has changed throughout history 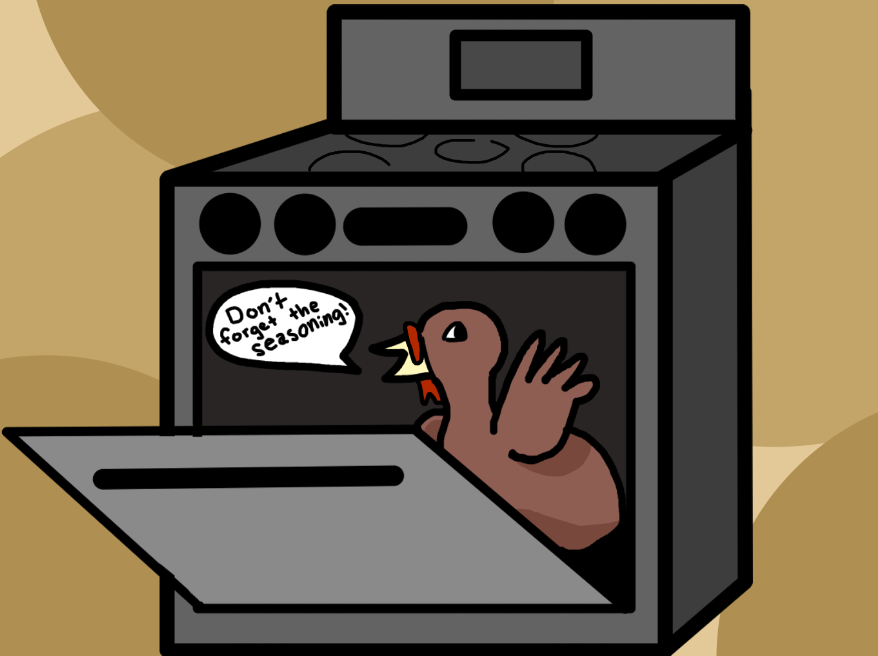 The president started the tradition of pardoning a Thanksgiving turkey in 1947.

When people think of a modern Thanksgiving meal, a few things come to mind. A full turkey is usually the centerpiece of the meal, with sides such as mashed potatoes and gravy, green bean casserole and stuffing rounding out the November feast. The holiday itself is so ingrained in the U.S., we have our president pardoning one of the many turkeys that would be consumed.

Yet, Thanksgiving in ages past wasn’t the same day of feasting as modern-day. Though many aspects, like coming together and eating food, are the same, other foods and concepts have been added or have fallen away as years have gone on.

The earliest accounts of Thanksgiving come from around the 1600s, featuring multiple days of feasting and celebration alongside a greater gathering of people than just those who fit around your dinner table.

Turkey itself may not have been eaten at the first Thanksgiving, though some sort of bird is more than likely. The meals changed based on what was available to the early colonists and could include anything from duck, geese or wild turkey.

Some of the other favorites along the traditional Thanksgiving spread would not be introduced until much later.

Cranberry sauce is a popular dish for many Thanksgiving goers. Whether canned or homemade, it continues to be a sweet option through all the savory aspects of the meal. Cranberries may have been a part of the early Thanksgivings, but cranberry sauce was not introduced into American Thanksgiving cuisine until 1796.

Into the 1800s, there was a vast variety of meat served and considered normal for Thanksgiving day meals. These included the titular turkey, other fowl, beef, pork or mutton. Many people celebrated it their own way.

President Abraham Lincoln began a tradition of Thanksgiving proclamations in 1863, though it would not be until 1941 under President Franklin D. Roosevelt that the day would be considered an official national holiday, always pegged to the fourth Thursday of November.

It is here, in the early 20th century, that Thanksgiving began to take the holiday shape that is recognizable in American culture today.

Traditions largely associated with Thanksgiving got their start during this time period. The idea of the president pardoning the life of a turkey was introduced in 1947, while Thanksgiving Day football games have been a relative constant since 1934.

The food we associated Thanksgiving with began to become more prevalent in American tradition during this time too. Sweet potatoes with marshmallows on top were introduced in the early 1900s, and green bean casserole made its debut in the 50s.

All this to say that the history of Thanksgiving traditions and cuisine has not been a stagnant one, but rather has grown and evolved with the tastes of the nation.

Whatever is on the dining room table this year may be completely unrecognizable to those who celebrated in the past or those who will do so in the future.

While ever-changing, the concept of the Thanksgiving day meal has remained the same. Usually highlighting a fowl of some sort, the meal hopes to bring people together to share a spread of some variety.

As we roll into Thanksgiving this year, the weather becomes colder and the sunlight leaves faster. I hope whatever is on your table this year is as warm as it is delicious!