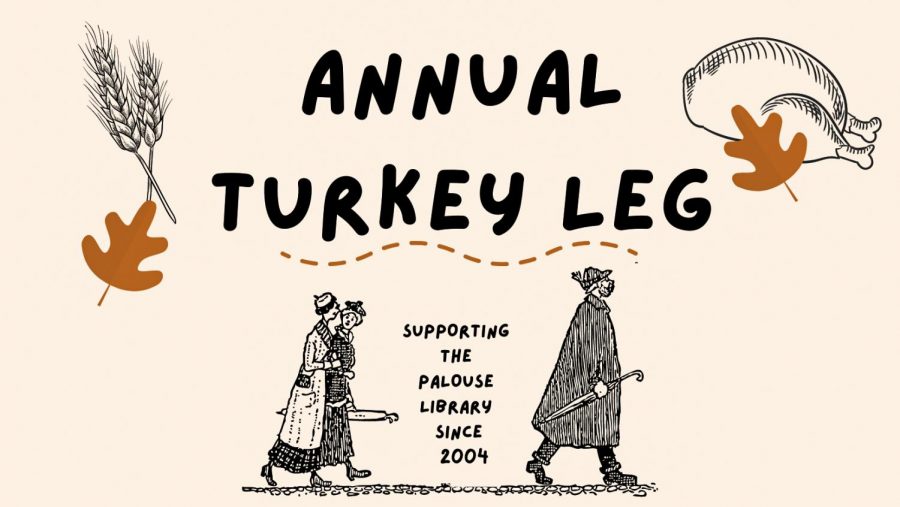 At 8 a.m. on Thanksgiving Day, the Palouse Library will host its annual Turkey Leg Fundraiser and fun run in downtown Palouse.

There is no need to sign up in advance. To participate, all you need to do is show up at the Palouse library at 120 E Main St. on Thanksgiving.

Sarah Bofenkamp, Palouse Library branch manager, said all proceeds and donations will go to the Palouse library and fund new books and programming for people in the Palouse. Turkey hats and costumes are encouraged but not mandatory.

“It’s a community-wide event; it encourages folks to get outside and spend time together,” Bofenkamp said. “Last year’s [fundraiser] was canceled, but we are bringing it back and I’m really excited about it.”

Although the fundraiser started in 2004, Bofenkamp said this is her first year hosting the fundraiser after the previous librarian retired earlier this year after 10 years at the branch.

The loop is roughly three-quarters of a mile long, starting at the Palouse Library. Bofenkamp said the loop goes down Main Street and through Palouse past some grain elevators before participants turn around.

“Whether or not they are able to walk it or run it, we encourage people to just come out and say hi,” Bofenkamp said.

The Palouse Federated Church and Palouse Family Foods  offered to help the Palouse Library and are volunteering to pass out hot chocolate, coffee and donuts.

Tim Sievers, Federated Church connection director, said the churchwill speak on their gratitude campaign, “Choose Gratitude.” The church provided free yard signs for the community that say “I am grateful for ____,” and community members can fill in the blank of what they are thankful for.

Sievers said the gratitude yard signs can be picked up at the Palouse Library, the Palouse Federated Church and SWALE, a boutique located in downtown Palouse.

Sievers and pastor Corey Laughary will host their podcast, titled “The Church on Hill,”  during the fun run. Sievers said they will be livestreaming the podcast on Facebook and YouTube.

Siever said the Church hopes to help people “get a real sense of gratitude that we think we’ve kind of lost in the midst of the pandemic.”

“It’s a very generative event that I think is obviously good for the library,” Bofenkamp said. “But especially since we’ve been isolated, an event that brings people together on Thanksgiving morning.”