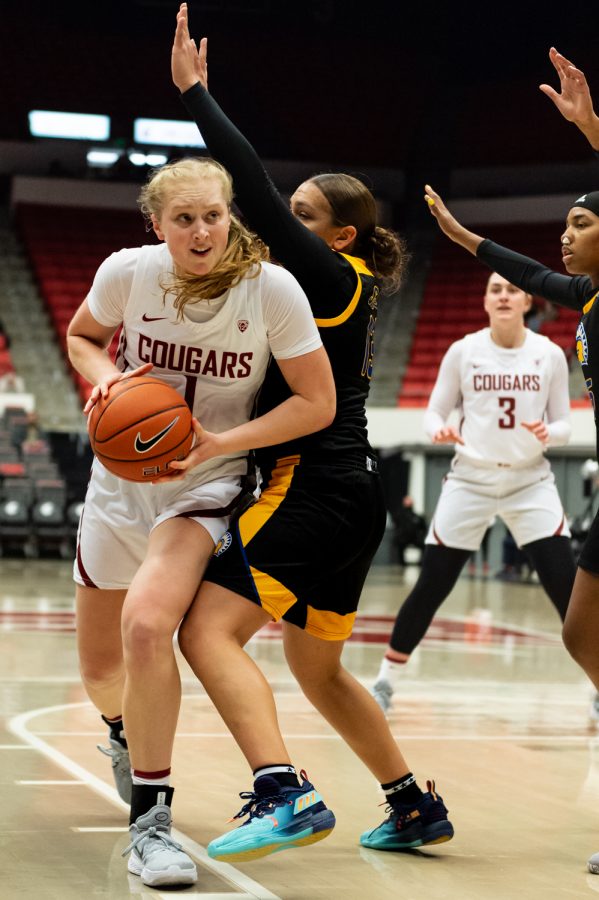 The Cougars fought hard, but came up short against No. 5 North Carolina State in the final game of the Baha Mar Hoops Pink Flamingo Championship 62-34.

This was the third matchup between the Cougars and the Wolfpack. This was also the first time this season the Cougars have taken on a Top 25 team. The Cougars have now played a total of 33 ranked games during the time Kamie Ethridge has been the head coach for the Cougars.

North Carolina State showcased why they are one of the best teams in college basketball as they moved fast and played explosive. This experience is new for Cougars this season. This is also the first loss the Cougars have taken in the 2021 season.

Freshman Tara Wallack led the Cougars in points with seven. Despite the loss, the freshmen proved capable of scoring as she was one of the few players for the Cougars who can help speed things up for the Cougars.

Krystal Leger-Walker led the Cougars in assists with four. Her vision on the court continues to be essential for the Cougars as she found open teammates to get the offense moving.

Bella Murekatete continued to showcase her dominance as she led the team in both rebounds and blocks. She had eight rebounds and three blocks for the Cougars. Murekatete is one of the key reasons why the Cougars currently have the sixth-best blocks average in the NCAA with seven per game. She currently ranks second in the Pac-12 and fourth in the nation in block shots with 3.75 shots blocked per contest.

The Cougars struggled offensively and defensively as they did not have an answer vs North Carolina State. They went 4-23 from behind the arc and had 16 turnovers. The Cougars also had a difficult time getting open shots as they had no field goals in the last two minutes of the 4th quarter. Foul trouble was also costly for the Cougars as both Murekatete and Motuga secured four fouls.

However, the team does have a bright season ahead of them as they were able to learn lessons early on from one of the top teams in the nation. Young talents such as Wallack and Leger-Walker continue to play dynamic and the Cougars also proved to score best in the paint as they had 20 points all in the post.

“We gotta take away just playing a fantastic team and learn from it,” head coach Kamie Ethridge said.

In the first half, the Cougars did show a little fight.

“We went kinda toe-to-toe with them in the first half,” Ethridge said. “Disappointed in some ways, but really just have to find a way to make this game better.”

On Dec. 2, the Cougars head back to Beasley Coliseum where they go up against San Francisco.