Cougs wrap up their 2021 season with numerous accolades 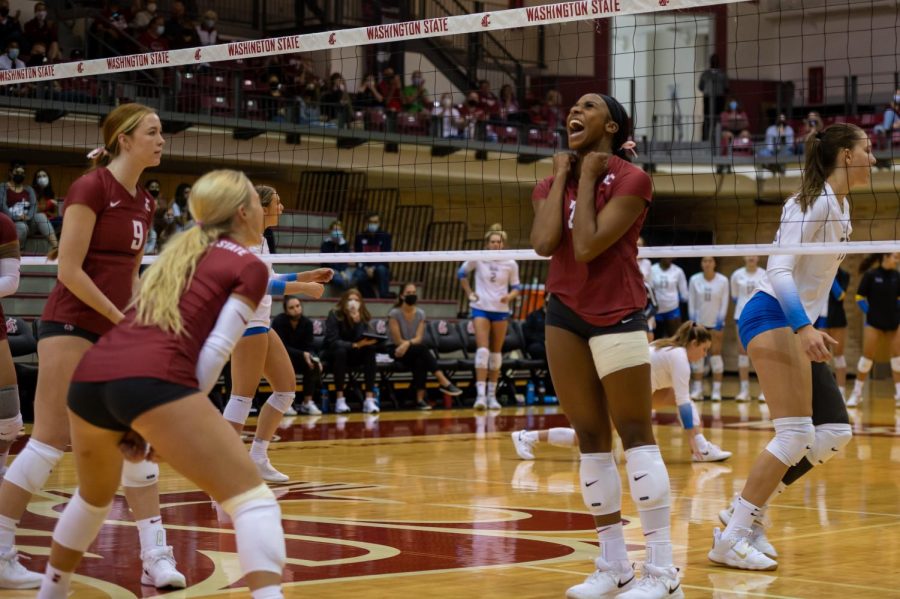 The WSU women’s volleyball regular season has come to an end. The Cougs finished with a record of 19-11 overall and a conference record of 13-7. The Cougs were also 10-3 at home and 8-6 at opponents’ courts.

The 13 wins in the Pac-12 is the most under head coach Jen Greeny in her time leading WSU. WSU tied for fourth in the Pac-12.

WSU also saw several recordsbroken this season. Fifth-year Penny Tusa broke the record for aces, passing Greeny. Tusa is also the Pac- 12 leader in aces. As a team, the Cougs set a new ace record that has not been broken since 1992. WSU recorded 191 aces in the regular season, Tusa with 40 of them.

The Cougs did also hold opponents under a -.200 hitting percentage 15 times this season, and 11 times in Pac-12 play.

Redshirt junior setter Hannah Pukis finished with 10.27 assists per set and looked to Timmer for kills. Timmer has missed five matches due to an injury but is expected to play in the NCAA Tournament for the Cougs.

Freshman opposite Katy Ryan also made her stamp in her first year on the court. Ryan was a big part of the WSU offensive and defensive fronts this season.

The Cougs were selected for the first round of the NCAA Tournament against the Northern Colorado Bears.