ETHAN is a framework, not a person

Technology will provide reliable internet connection to people with disabilities 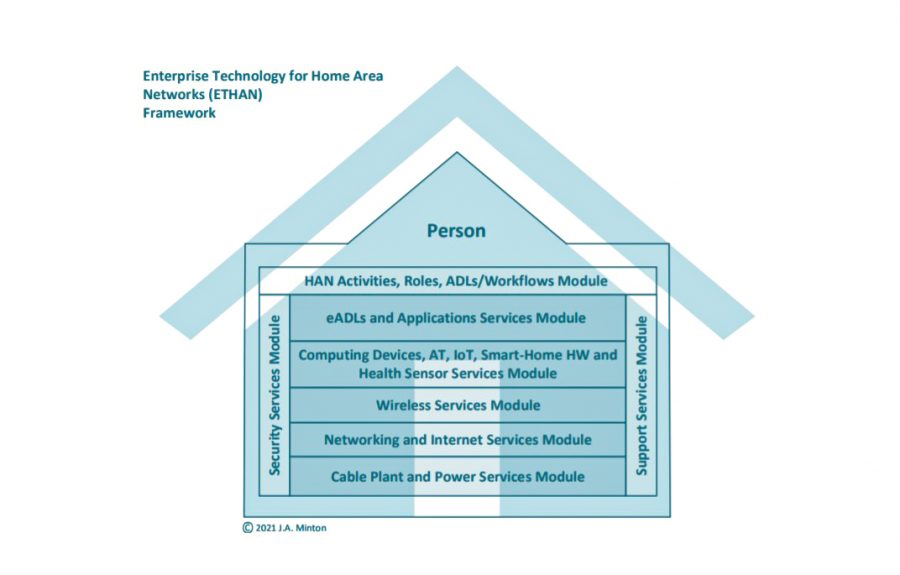 The Enterprise Technology for Home Area Network (ETHAN) framework was copyrighted on July 12 from the U.S. Library of Congress.

A WSU researcher developed a framework that will provide a holistic view of homes with residents who have disabilities or mobility impairments in order to make their lives easier.

The Enterprise Technology for Home Area Network (ETHAN) framework will aim to provide a secure, reliable internet connection for people with disabilities who rely on smart technology in their homes, said Jason Minton, developer of the framework, second-year doctoral student and WSU Spokane IT assistant director.

“A good way to put it is I want to fix crappy internet for people,” Minton said.

Minton said he is not interested in monetary gain from the ETHAN framework and wants to provide this technology to people free of charge. His main intent is to help people.

“The main reason why I went after the copyright was, first of all, to make sure that it stays focused on the homes or for people with disabilities,” he said. “And then number two is for me to have the authority to be able to give it away.”

Minton said his stepson, who has a disability, was the main inspiration for the framework. His wife Victoria — a WSU graduate who specializes in neurology — also provided him with validation and was instrumental in helping with the project.

“Together, my wife and I bring unique skill sets to the table that actually have a chance to really help people,” he wrote in an email. “Overall, we just want to create solutions that help people, quickly.”

The ETHAN framework is currently deployed in his own home, as well as another home he outfitted. Three more deployments are scheduled over the next two months. Minton said he hopes to have a reproducible model and publication of data collection by the end of 2022.

One goal of the framework is to look at the floor plan of a person’s home and figure out where to install access points, he said. The access points are aimed to kill internet dependency by keeping critical traffic at a local level and establishing a secondary internet connection. This way, a person can still use smart technology without reliable access to Wi-Fi.

“A lot of times, it doesn’t matter what virtual assistant you use,” Minton said. “There’s that dependency on internet connectivity.”

The access points will be able to connect to health devices with a Bluetooth connection, allowing health providers to view a patient’s health in real-time, he said.

Minton said the framework has a support module that helps make the ETHAN framework easy to use for people with disabilities who are unfamiliar with technology. The goal is to train and educate both health and technology professionals to support people who may be having issues with the framework.

The framework has been in development for a couple of years and started to pick up in the summer of 2020, he said. Minton also was granted copyright for the technology on July 12 from the U.S. Library of Congress.