Exorcising the ghosts in your DMs

Some ghosts follow us around forever, hopefully not these ones 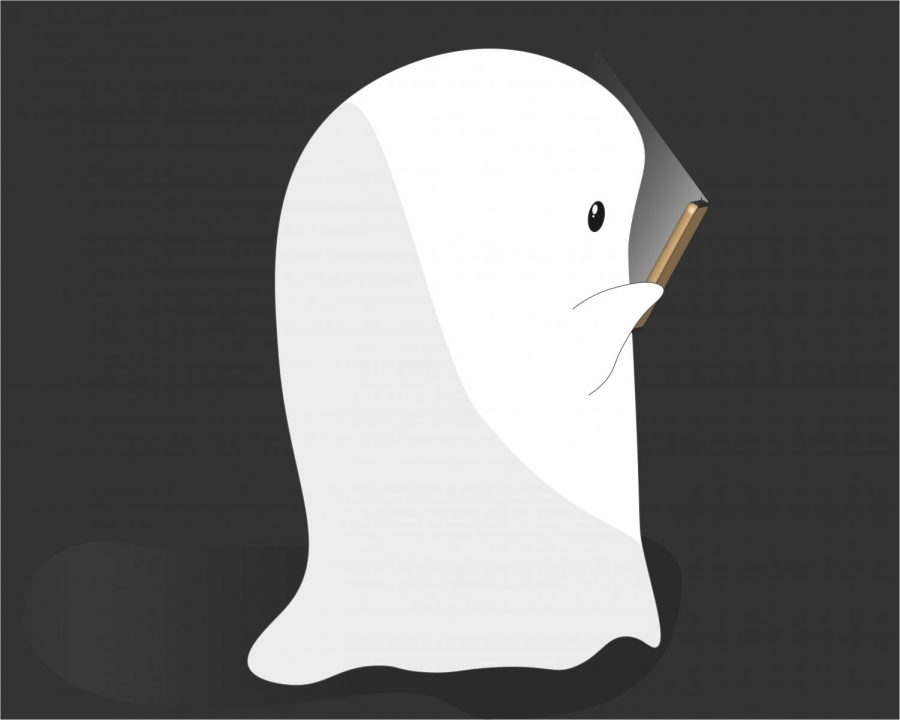 When people pop in and out of our DMs, it can be hard to let go.

I seem to have a group of specters who attached themselves to my phone.

These phantoms usually materialize with a direct message to remind me they still exist, then fade into the darkness to be heard from later. I refer to this as a haunting because they reappear when I least expect it.

Like the family who regrets moving into a 300-year-old fixer-upper with a suspiciously low price, I just want to be done with all of this.

Most of my hauntings developed from the plan to meet and go out for dinner or hang out sometime, but the conversation later dies — or should I say goes into the light? — when one of us loses interest.

I do not have an issue with the idea of someone losing interest in me. I am secure enough to handle that. I just wish men would be up front and tell me, so I know to move on permanently and stop wasting my time.

I spent the better part of the semester sitting around waiting for messages from men I had great conversations with online. I tried to make myself available, always being clear about which dates and times I could set aside for them. Nearly every time we made a plan they flaked and said they were busy working on something else.

Once I am no longer emotionally invested in these conversations, the men reappear randomly to light up my phone screen. Carol Anne from the “Poltergeist” franchise has a phrase that echoes forebodingly in my head: “They’re back.”

These apparitions either respond to my Snapchat story, comment on my TikToks or ask me how my Thanksgiving break went, and I find myself trying to make time for them again.

It is also frustrating when I see them active on other social media, even as they ignore a conversation they started with me. Maybe if I use an Ouija board, I could get through to them more effectively? I considered bringing mine back to Pullman after the break but decided I did not want that negative energy in the car as I drove across the state.

I have managed to convince myself this is all some sort of karma or retribution for when I haunted someone else. I know from experience how hard it is to be up front and say you lost interest or that you would rather just be friends, especially because those words can hurt. However, I have learned it is more respectful of someone’s time, to be honest.

My advice for myself and readers: Do not entertain any real conversation after two weeks without action. If neither party can set aside time to meet up in person, or someone keeps making excuses, give up. The ectoplasm dripping from the wall reads, “This is going nowhere, so call it quits and get out.”

You can ask the other party if they see the conversation leading anywhere, but if you have to ask then you probably already know the answer.

Keep talking if you truly believe there is potential, but you must move forward knowing there is a high probability that nothing will ever come of it. Maybe I sound bitter and cynical and I probably am. Nevertheless, I have seen enough ghost movies to know when to get out of the house.