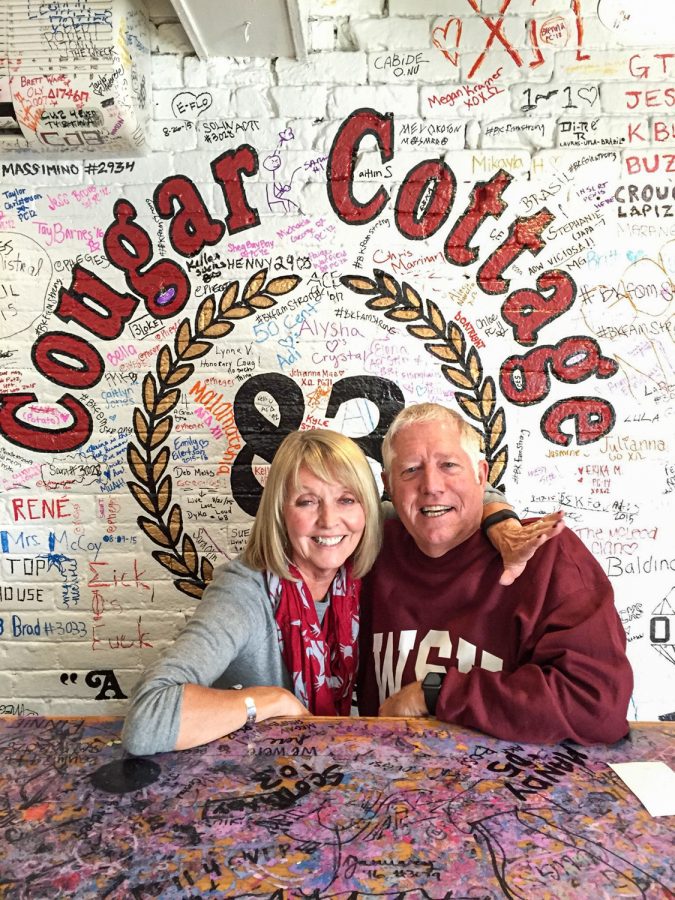 Peg and Roger Johnson were married prior to their senior year at WSU. They graduated in 1969.

A lot of people have generations of family members who attend the same college. That is exactly the case for WSU alumni Peg and Roger Johnson, who have four generations of Cougars in the family.

Peg said she met Roger their sophomore year when they ran into each other in one of the libraries; the only reason they talked was because Roger was involved with one of her friends at the time.

They met again the spring of their sophomore year when they carpooled to a Lambda Chi dance, but Roger said they were both involved with other people at the time.

“The way we like to tell it now is that we were with the wrong person,” he said. “I was driving and she was with one of my fraternity brothers in the backseat and I could look in my rearview mirror at her.”

They got to know each other better at the dance but did not see each other very often afterward, Roger said. But when he got back to school for the fall semester for the start of their junior year, he had her on his mind and gave her a call.

Roger said his timing was perfect because both of them had just gotten to campus, and they hit it off quickly.

For their first date, Peg said they went party hopping on Greek Row.

“It felt simple and so easy and natural,” she said. “We had a wonderful time and couldn’t wait until we went out again.”

Roger proposed that same year on New Year’s Eve, and they were married in the summer of 1968, right before their senior year, Roger said.

The couple got all of their classes done early that year, but Peg said she still had some student teaching to do during her final semester.

While they attended WSU, the couple would sneak into Wilson-Short Hall after hours and look over the campus underneath the stars, Peg said.

The couple now has two daughters and one son. Peg said their son went to the University of San Diego and their daughters graduated from WSU. In fact, both of their daughters met their spouses at WSU.

Roger said they would take their kids to WSU for football games when they were growing up and he believes that influenced their decision to go to WSU.

“The feel of the campus was just with them and that was where they wanted to be,” he said.

Peg said they never missed a Mom’s or Dad’s Weekend while their daughters were in school and loved being able to share the spirit on campus with them.

They now have two granddaughters who are currently attending WSU. Peg said the campus has modernized greatly between the time she went to WSU and her granddaughters attending, especially the Compton Union Building.

Along with the three current generations of Cougars in her family, Peg’s father and older sister attended the school as well. Peg said she really enjoys having a legacy of alumni in the family.

“We are true and true,” she said. “We bleed crimson for sure.”

The couple is currently on vacation in Mexico and had trouble finding a place to watch the Apple Cup on Friday, Peg said.

She said they started out in one bar, but the channel was not working there. Eventually, they found a place with eight screens playing the game.

“There were just three other Cougs there, but we made some noise and cheered them on to that amazing win,” she said.