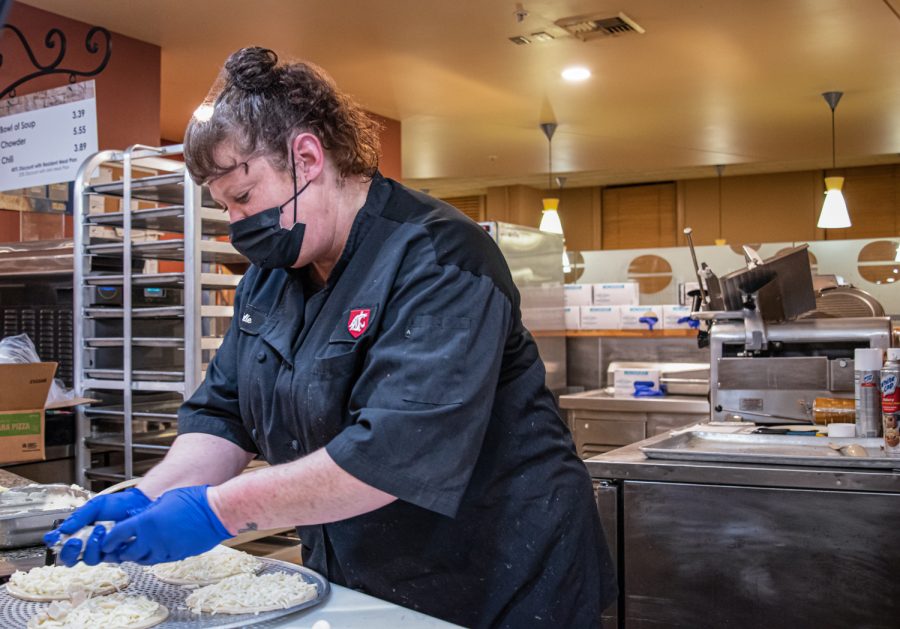 WSU Dining Services has been operating with about 20 percent fewer employees this semester, and as a result, has had to cut hours and close dining centers across campus on certain days.

Hiring shortages have forced Dining Services administration to make changes with how they run the existing dining halls, such as stopping Hillside from being open seven days a week, said Brian Keithley, Dining Services associate director.

The problems with hiring enough people may have to do with COVID-19, as the problems began around the time students returned to campus, Keithley said.

“I think it’s a matter of campus being empty for a year and a half that contributed to it,” he said.

Another reason the number of employees has fallen is that several of the on-campus dining locations have closed, Keithley said. Even prior to the pandemic, Dining Services had more facilities than needed.

“We were told we have a lot of great operations, but we were overbuilt,” Keithley said. “I feel we are more right-sized today than we were two years ago.”

Keithley said some students may not notice the hiring deficits because Dining Services is one of the largest employers on campus and already has many people working there.

Dining Services anticipated hiring deficits before the fall semester, and administrators did their best to resolve the issue early on, he said.

“We do our best to be out front and also do advertising fairs,” Keithley said. “In the past, we’ve had the in-person experiences, and that helps when talking to somebody about the opportunities.”

Keithley said those in Dining Services hope and believe the problem will be partially solved by next semester as many students currently employed will return in January.

Some of the larger problems with the economy, such as supply chain issues, have affected the hiring deficits, Dining Services Director Sarah Larson said.

“I would say I think we have about 20 to 22 percent [fewer] employees,” Larson said.

With fewer students living on campus, there is less demand for Dining Services, she said.

“Because of the way COVID evolved, we didn’t have many students as residents, so that in and of itself meant that there were a lot less students to serve,” Larson said. “We knew it would be a challenge and it has been.”

Larson said each dining hall and eating area on campus has been affected proportionally by the issue.

The problem is less severe than at the beginning of the semester, as more students have been hired since August, and the number has continued to grow since, she said.

Larson said those in Dining Services have made efforts to get the word out that they are hiring and recruiting new students.

“We started really reactively recruiting students last summer through the virtual Alive program,” Larson said. “We’ve done it since before students came to campus and since then.”

Larson and Keithley said they hope they will be able to maintain employment numbers once they rebound.

“I think we’ll rebound with students and will be able to build over next semester and next fall,” Larson said. “If you look at what’s happening, it’s a little hard to predict. I think it’ll take us another year to get back to full staffing.”