2021 one of greatest years for music; top album joins seven others in being 10/10 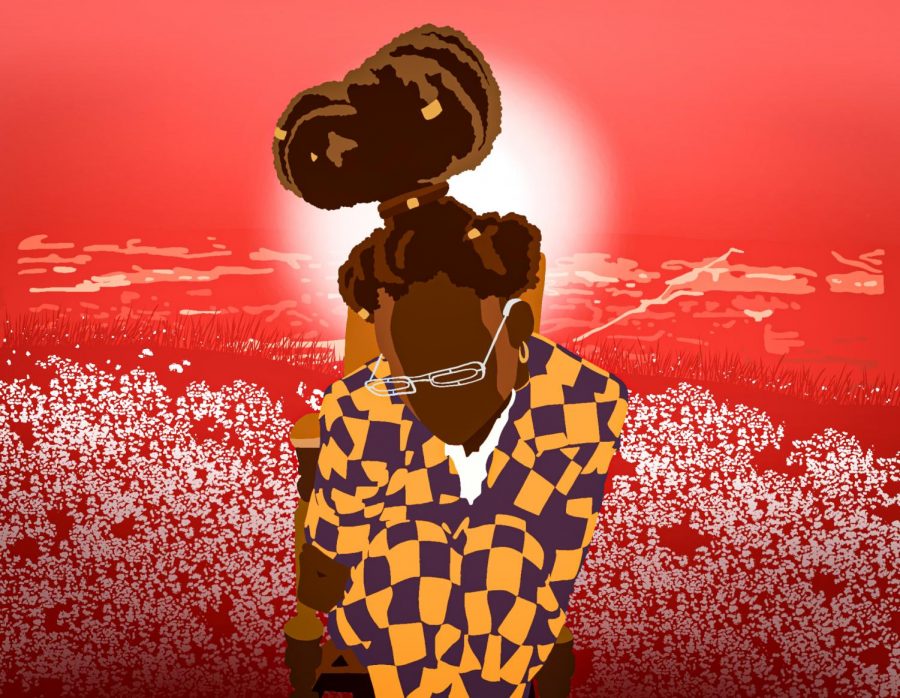 This year may have been one of the greatest years for music I have had the pleasure of experiencing. Almost every album I listened to this year was of the utmost quality. Today, I want to recognize the 10 best albums of the year and give the credit all of these great projects deserve.

In a return to the old Motown sound, Anderson .Paak and Bruno Mars showcased their true artistic ability to create a unique project. The album feels as if I am living in the 50s watching a Motown band at an actual show. The album neatly flows from beginning to end with no speed bumps along the way. The tracks “Leave the Door Open” and “Blast Off” are soothing and relaxing to listen to and are the keystones of the album’s genius.

8) “G_d’s Pee at State’s End” by Godspeed You! Black Emperor

Godspeed You! Black Emperor has been creating some of the darkest music for the past two decades. The band accomplishes more than a lot of artists without the use of lyrics. They’re one of the only bands that make me want to listen to an entire 30-minute long track and not feel bored.

Their new project is their best since the release of “Lift Your Skinny Fists Like Antennas to Heaven” in 2000. If I had to pick one album this year to represent a soundtrack of the last two years for humanity, it would be this album. While the album has a pessimistic sound, the track “OUR SIDE HAS TO WIN (for D.H.)” has to be the most beautiful track I have ever listened to. The song itself is probably the greatest closing track to an album I have heard in my entire life. The track sounds like if your significant other hugged you while you watch your city get devastated by a nuclear bomb.

JPEGMAFIA’s new release this year was his best yet. He released two different versions of the album due to the fact some samples could not be cleared. The one with the unclear samples, the offline version, takes the cake in terms of quality.

The production of the beats are so minimalistic and lo-fi, yet they sound incredibly layered and atmospheric. The beat to “BMT!” has a lot of clipping, which is usually bad for a song. Yet, the clipping emphasizes the bass, creating a head-banging beat. The track “HAZARD DUTY PAY” juxtaposes a soothing R&B sample with the aggressive flow of JPEGMAFIA, creating a rap song both relaxing and hard-hitting.

6) “Sinner Get Ready” by Lingua Ignota

One of the most haunting albums of the year, Lingua Ignota perfectly captures the feeling of seeking salvation, but being ignored. Ignota has created her own unique sound unlike any other artist out there, and I truly respect artists who break the contemporary boundaries of music genres. Ignota’s haunting voice, coupled with subtle instrumentation, is simultaneously mysterious and beautiful to listen to. Tracks like “PENNSYLVANIA FURNACE” and “PERPETUAL FLAME OF CENTRALIA” have the capability to break listeners down into an abyss of nothing.

5) “To See the Next Part of the Dream” by Parannoul

Media, like the movie “Parasite” and the TV show “Squid Game,” have seemingly interlinked a new bridge between South Korean and western culture. One of these pieces of media is a lo-fi shoegaze album created by an anonymous Korean student. While all of the tracks are sung in Korean, the emotions of the singer’s voice still come through. The juxtaposition of themes like depression with happy melodies creates a melancholic atmosphere.

This year marked a shift in the sound of the English post-punk band’s sound in “Schlagenheim.” Instead of creating distorted compositions, the band relies on dissonant and prog-rock chord progressions more. The album contains a great amount of killer avant-prog tracks. The track “John L” is a chaotic composition, one that will disorient the listener into endless confusion. Other tracks like “Slow” and “Chondromalacia Patella” are slower and jazzier.

Seven years since his last release, Porter Robinson comes back with an earworm of a record. Robinson’s catchy choruses and melodies create a unique listen. His music contains a mixture of nostalgia with a blend of western and eastern musical influences. Robinson supplies the albums with some of the catchiest electronic music I have heard in a long time. Tracks like “Look at the Sky,” “Get Your Wish” and “Something Comforting” are constantly stuck in my head all day. Robinson’s work hits an indescribable niche I have in pop music that clicks with me.

2) “For the first time” by Black Country, New Road

My first review of the year was this album. I originally gave it a score of 8.9, but the album eventually grew on me. The creative atmosphere Black Country, New Road puts into their music is so entertaining to listen to. Their music sounds like a collage of the overall sounds of post-rock bands mixed with Eastern European music. Tracks like “Sunglasses” and “Athens, France” contain dissonant riffs that somehow fit the mood of the music. Meanwhile, “Track X” elicits emotions of melancholy and comfort to deliver a serious message about mental health. To think that this is only the band’s debut album makes me excited to see what they do for their next release.

1) “By the Time I Get to Phoenix” by Injury Reserve

As someone who grew up listening to electronic and rock music, it took me a while to get into rap and hip-hop. It sometimes takes me another listen or two to click with a certain album from these genres, but I usually am able to make myself like the project. However, my entire perception of hip-hop and rap changed the moment I hit play on one album.

Injury Reserve member Stepa J. Groggs died at a young age in mid-2020. The loss completely altered the life of Nathaniel Ritchie (Ritchie with a T) and producer Parker Corey. They channeled these emotions into their recent release after Groggs’ passing and produced a complete masterpiece.

The album is not only emotional, but is one of the most groundbreaking projects I have listened to since Radiohead’s “OK Computer.” Ritchie and Corey have essentially created a new genre of hip-hop and rap music, combining elements of post-rock and experimental hip-hop to focus more on the album’s production rather than its lyrical content. Tracks like “Superman That” and “Wild Wild West” sound so broken yet perfectly arranged.

The tracks “Knees” and “Bye Storm” are emotional tracks about depression and the loss of Groggs himself. The track “Knees” contains a verse from Groggs before he passed away in which he talks about struggling with alcohol. The fact that he is gone adds more weight to the album. The track “Bye Storm” is a perfect ending to the album, stating how the show must go on after Groggs’ death.

This album is the greatest hip-hop/rap album I have ever lent my ears to. I am honored to not only name it album of the year, but welcome it to a group of seven albums I would give a perfect 10.

Also, here are a couple of honorable mentions that didn’t quite make the cut:

“The Machine is Burning and Now Everyone Knows it Could Happen Again” by BRUIT (8.3/10)