If you need some serotonin, these are movies that will give it to you 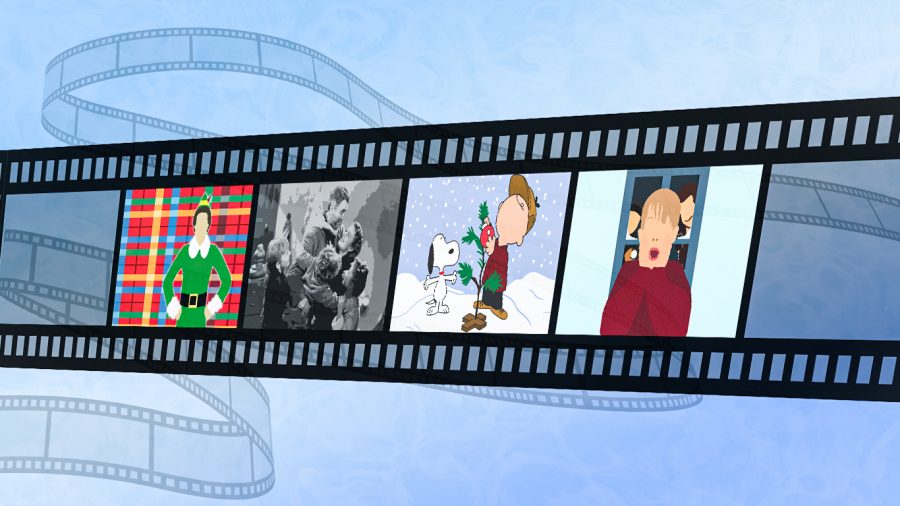 Bring in the holiday spirit with these 10 must-see films.

As the semester is beginning its end and the holidays begin to roll around, traditions are making their annual return all over the world, especially for those who celebrate Christmas. People are hanging festive lights in towns and on homes, holiday deals are popping up in stores and film lovers are watching the best movies of the season. So, which ones should you and your family watch this year?

This 50-minute, endearing holiday film presents Fred Astaire as a postman who explains the origin story of Santa Claus, aka Kris Kringle. This movie is unique because it utilizes stop motion. This helps make the movie a classic and it is extremely child-friendly, including your inner child! Not to mention the villain’s name — Burgermeister Meisterburger — is simply too fun not to say.

The Grinch, a hairy and antisocial green creature who lives at the top of Mount Crumpit, despises everything about Christmas. With a heart “two sizes too small,” he decides to stop Christmas by dressing up as Santa and stealing all the presents in Whoville with the help of his dog Max.

Based on Seuss’ children’s novel of the same name, this made-for-TV Christmas special is about as classic of a children’s Christmas movie as you can get. Overseen by the legendary animator Chuck Jones, it’s hard to imagine a piece of work by Seuss that has been so perfectly adapted.

“A Christmas Carol” tells the story of a Victorian-era, miserly businessman, Ebenezer Scrooge, who detests Christmastime and the festivities that surround it. After begrudgingly allowing his clerk to spend the holiday with his family, he is visited by his old business partner, Jacob Marley. Marley is cursed to wander the world as a ghost, entwined with heavy chains due to his selfishness and greed. He tells Scrooge that if he continues to live his life as a penny-pincher, he will suffer the same fate.

You would be hard-pressed to think of a Christmas story that has been turned into practically every medium and performance genre as this one. “A Christmas Carol” is a novella written by Charles Dickens in 1843 and has been made into stage plays, movies, operas, ballets and more.

The 1951 version of “A Christmas Carol,” which is about an hour and a half long, was chosen because it is perhaps the most faithful film version of the story, as well as Alastair Sim’s unforgettable performance.

Another endearing animated TV special, “A Charlie Brown Christmas” is based on the comic strip “Peanuts” by Charles M. Schulz. This classic features the beloved characters audiences around the world have come to know and love.

Charlie Brown is fighting the yuletide blues when his sister Lucy suggests he direct a Christmas play. However, when he chooses a small, somewhat sad-looking tree, he is mocked by his peers. That is until the true meaning of Christmas shines through.

If this adorable animated classic’s plot isn’t enough to get you to watch it, then the music should make you give his film a second chance. Laced with jazzy undertones and poignant numbers, it’s no wonder this track was called one of the most beloved holiday albums recorded, according to Chris Barton of the Los Angeles Times.

While all of these films can be enjoyed by children and adults alike, this Christmas comedy directed by Chris Columbus is one that most certainly rings true. With a star-studded cast — including Macaulay Culkin, Joe Pesci, and Catherine O’Hara — this movie is sure to make you laugh, cry and feel everything in between.

Clark Griswold is hoping for the perfect Christmas. This means the perfect tree, perfect turkey, a large Christmas bonus to pay for his new pool and lights so bright that his entire paycheck for the month goes towards them. However, with family comes responsibility, stress and a cat who likes to chew on Christmas tree light wires.

This movie is nostalgic for those who have lived through the eighties and hilarious enough that the setting doesn’t matter, as this story is one everybody can probably relate to.

Another comedy classic, “A Christmas Story” follows the mind of Ralphie Parker, played by Peter Billingsley, a 9-year-old whose greatest Christmas wish is a “Red Ryder Air Rifle.”

This take on a child’s view of the Christmas season is layered with iconic scenes you are sure to never forget. From the leg lamp to eating soap and getting your tongue stuck on a frozen pole, this movie is a welcome reprieve from our own holiday stressors.

There are few movies in which Will Ferrell is more iconic than in his role as Buddy the Elf. He was raised in the North Pole along with all the other elves, not knowing he isn’t an elf himself. When he finds out he’s a human, he goes to New York City to reunite with his birth father, Walter Hobbs, a man so cynical he hates Christmas.

This is perhaps the most sentimental and tender movie on this list, save for the number one spot. In this classic, an old man going by the name of Kris Kringle fills in as Santa Claus for a drunk mall Santa for the Macy’s Thanksgiving Day Parade.

He does so well in the role that he is asked to be a permanent fixture in the main store in Manhattan. Troubles soon arise when he starts claiming to be the real Santa Claus. This claim leads to a court case in which he is questioned on his mental health and credibility.

This movie tells the story of George Bailey and his life. After losing $8,000 for his loan company — about $123,000 today — he contemplates suicide and wishes he was never born. An angel by the name of Clarence Odbody is sent to save George.

Clarence shows George what life would be like if he had never been born. As Clarence shows him a timeline in which George never existed, he realizes the positive impact he has had on others’ lives.

This tenderhearted film shows that even those who are unsatisfied with their lives or feel depressed still have a positive impact on the world and the people around them.

The oldest and best Christmas movie on this list is a heartwarming and tear-jerking movie that deserves an annual viewing. Especially after the pandemic, people have realized that your loved ones and keeping them close to you is what Christmas is really about. This movie encapsulates that idea perfectly.