Cougs look to weather the storm 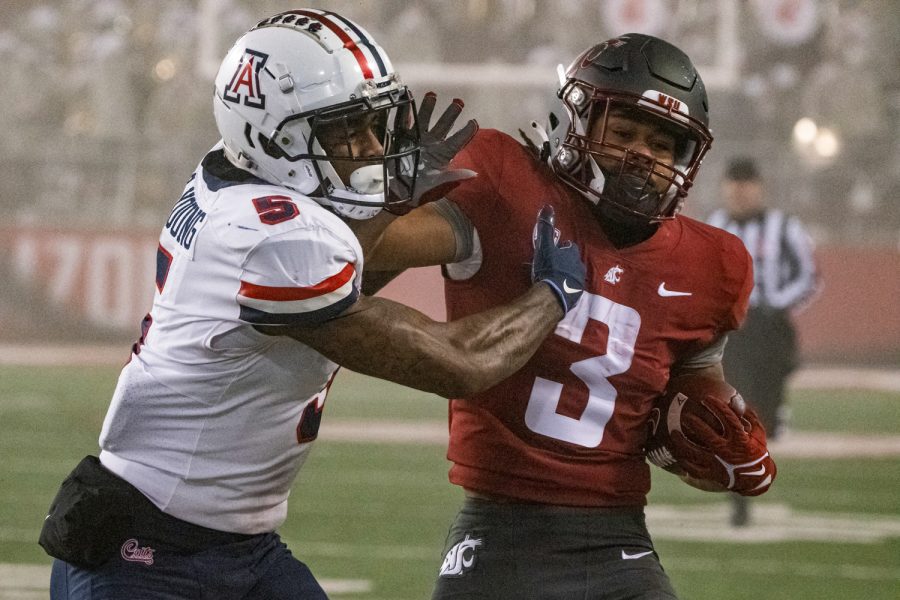 Let us take a look at who the Cougs are facing.

A BRIEF HISTORY — WSU and Miami faced off in the Sun Bowl in 2015. The Cougs won 20-14 in the only matchup ever between the two teams. WSU brought Pullman’s cold winter weather to El Paso, turning the Sun Bowl into the Snow Bowl. The Cougars won the snowy affair on the back of quarterback Luke Falk. Falk performed tremendously with two touchdowns and 300 yards.

THE MIAMI SEASON — The Hurricanes finished 7-5, ranking them second in the ACC Coastal Division. Miami began the season with a loss against No.1 Alabama, 44-13. Miami then had a rough patch over the next few games, going into week seven with a 2-4 record. The Hurricanes kept their hopes up and saw the fruits of their labor in the last half of the season. Miami bounced back with three straight wins to bring the record to 5-4. After a loss to FSU brought the record back to even at 5-5, the Hurricanes finished strong with two straight wins over Virginia Tech and Duke to end the season with a 7-5 record.

Quarterback Tyler Van Dyke: Van Dyke is the center of the Hurricanes’ offense. Van Dyke ended his freshman season with 2,931 yards, 25 touchdowns and just six interceptions. When Van Dyke is on, Miami is a winning team. However, when Van Dyke is off, Miami struggles to fill the void.

Wide Receiver Charleston Rambo:Rambo’s name precedes him, typically powering through defenders to reach open parts of the field. Rambo had 79 receptions for an impressive 1,172 yards. Rambo averaged 14.8 yards per reception for a total of seven touchdowns on the year.

Running Back Jaylan Knighton: Knighton ran for 561 yards in 145 attempts this season. Miami uses Knighton to keep defenses guessing with many play-action variations and option runs.

Linebacker Corey Flagg Jr.: Flagg Jr. led the Hurricanes with 60 total tackles on the season. The 5’11” freshman does a great job of staying in the box to contain over-the-middle plays.

Defensive Lineman Zach McCloud: McCloud was an important part of putting pressure on opposing quarterbacks all season. McCloud led Miami in sacks with 5.5. McCloud’s sacks moved opponents back for a total of 50 yards.

That wraps up a brief overview of what to expect from Miami in this year’s rendition of the Sun Bowl. Kickoff is set for 9 a.m. on New Year’s Eve at Sun Bowl Stadium.