Cougs hit the road for Colorado 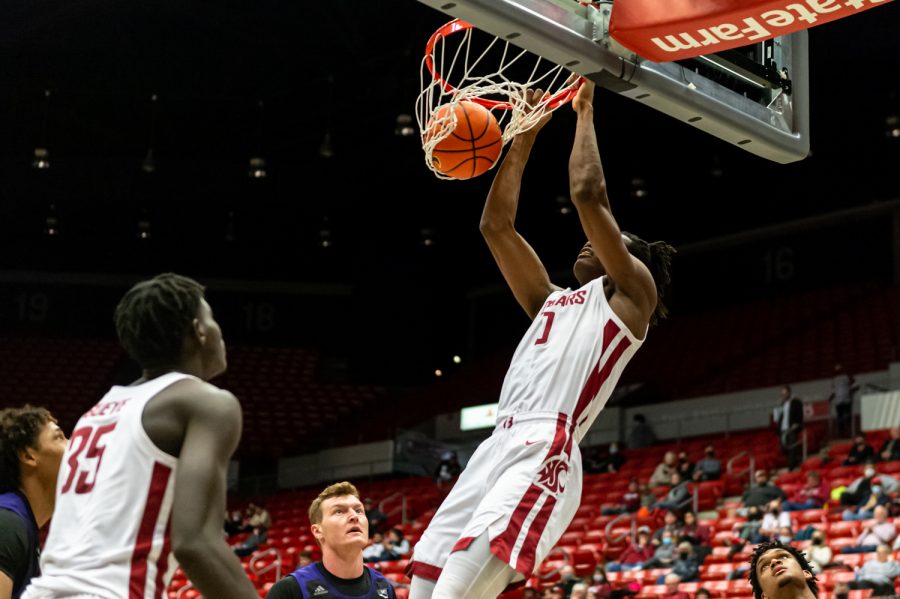 The WSU men’s basketball team is traveling to Boulder to take on the University of Colorado Buffaloes today.

This is the same WSU men’s basketball team that went into COVID-19 protocol last week. The Cougars are back in playing form after the previous game against the University of Washington was postponed. In their last played game, the Cougs lost to the Broncos of Boise State.

The University of Colorado has not played since Dec. 18 due to COVID-19 issues on their team and on opposing teams as well.

Coming into the game, sophomore forward Andrej Jakimovski has been hot with double-figure performances in the last two games. Jakimovski also had his first career double-double in the loss against Boise State.

The Cougars defense is currently ranked 37th in the defensive rating for all NCAA basketball teams. WSU has held opponents to a 44.6 field goal percentage which ranks the Cougs 30th in the country.

The Cougs did play two Pac-12 games in the month of December, posting a 1-1 record. In their eight wins, WSU has outscored their opponents by 180 points. In their five losses, they have only been outscored by 19 points.

The Buffs are 9-3 going into this matchup and are also 1-1 in Pac-12 play. The Cougs are currently 0-10 against Colorado on the road, including two losses from last season. Last season, Colorado beat the Cougars 70-59 in their first meeting and 70-58 in the second game.

Junior guard Noah Williams was the top scorer for the Cougs in last season’s two meetings. Williams had 31 points in the two games. Sophomore center Dishon Jackson had two double-figure games against the Buffs last season as well.

With the Cougars coming off of COVID-19 protocol, there is speculation that one player will not be playing against Colorado. Head coach Kyle Smith declined to answer when asked which player it was. Smith did mention that the roster is close to being full and healthy. The Cougs not playing since Dec. 22 has been a concern for Smith because some players have only had one or two practices to prepare for conference play.

The Pac-12 changed their COVID-19 protocol rules on New Year’s Eve. Asymptomatic individuals are now allowed to isolate for five days following a positive COVID-19 test. Those showing symptoms must isolate until their fever has broken for 24 hours. Another new rule is those who have “close contact” with a COVID-19 positive person and test negative no longer need to quarantine.

Watch the Cougs take on Colorado on ESPN2 at 6 p.m. or follow the game live from the WSU Athletics website.