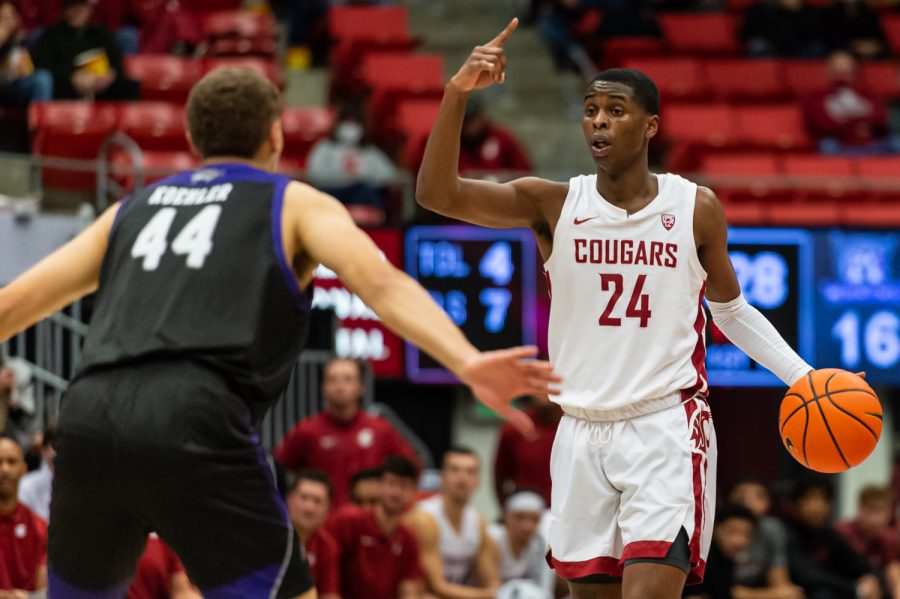 The Cougs are headed to Salt Lake City for their second consecutive road game to play the  University of Utah.

WSU has lost the last two games, including their most recent game against Colorado. Due to COVID-19 protocols, the Cougars had not taken the court since Dec. 22. The Cougs snapped their 15-day streak of no contests in the loss against Colorado.

The Cougs took a slow start during their first game back, scoring 37 points in the first half. The three-point field was not a friend of the Cougs. WSU shot 26.9 percent from range.

Transfer guard Tyrell Roberts had a season-high 25 points. Efe Abogidi also had a career high in Pac-12 play with 16 points and 10 rebounds. This was Abogidi’s first double-double of the season. He ended his standout performance early, fouling out in the second half.

WSU guard Noah Williams did not make the trip to Boulder, but head coach Kyle Smith mentioned there is an effort to try and get him to Salt Lake City to be on the sidelines. Williams has only had one practice since Dec. 22.

The WSU defense has allowed opponents an overall field goal percentage of 45.5 percent, ranking the Cougs 40th in the country. WSU’s NET ranking currently sits at 60, which is a drop from the team’s 37th ranking earlier this season. The 37 NET ranking was an all-time high in WSU program history.

Going into the Pac-12 matchup, the Cougs are 1-18 in overall contests while in Utah territory. This season, the Utes are 8-7 overall and 1-4 in Pac-12 play. They were swept by the Oregon schools and lost to Washington since the opening of Pac-12 play. Utah beat the Cougs last season 83-78. A WSU win would snap a 13-game losing streak against the Utes and would be the first WSU win in Salt Lake City.

Utah had five players in double-figures against Washington. Freshman guard Lazar Stefanovic and junior center Braden Carlson both had 12 points. Sophomore guard Gabe Madsen put up 12 points of his own. Senior guard Marco Anthony rounded out the top four scorers of the night with 10 points. Stefanovic tied his season-high with 12 points. Madsen’s 12-point outing was a new career high for the sophomore. Anthony picked up his first double-double against the Huskies with 13 rebounds.

The Cougs are currently 1-2 in Pac-12 contests and are looking to return to .500 against the Utes. The matchup will be televised on the Pac-12 Network at 3 p.m.