Cautious driving is the name of the game, troopers say

With many incoming calls for stranded vehicles, collisions, state patrol is overtaxed 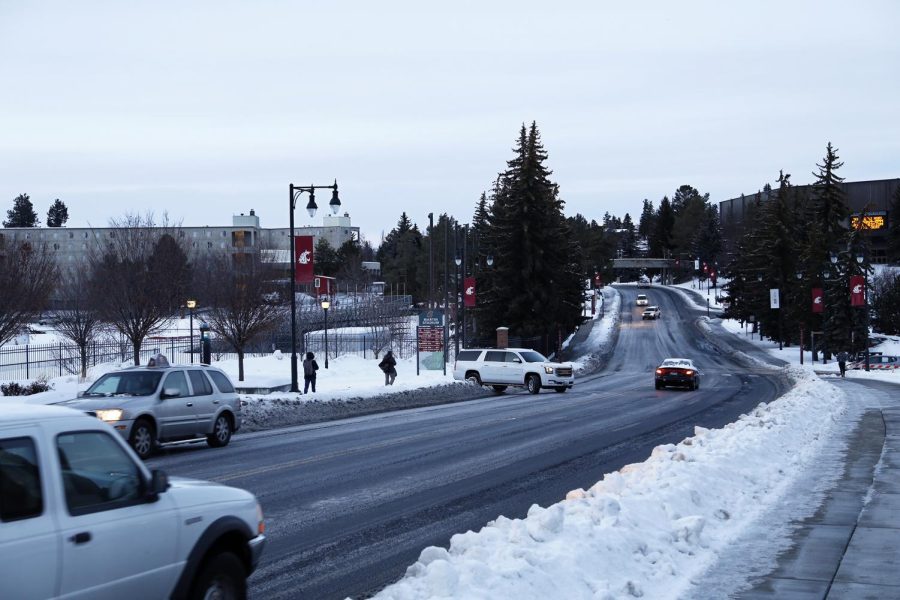 Drivers can be proactive by driving slowly, using snow chains or tires and choosing not to drive if the weather makes roads too dangerous.

Weather conditions across the state continue to keep the Washington State Patrol busy, and students returning to school on the east side have seen its effect firsthand.

As temperatures rise to a high of 31 degrees on Tuesday, roads will be wet from predicted showers, according to the National Weather Service Spokane.

“Speed limits are set for perfect conditions,” Wright said. “When it’s anything less than that, you need to slow down a bit.”

The majority of WSP’s calls are for collisions and stranded vehicles, Wright said.

“We are usually overtaxed with reactive calls [in bad weather], so we are not able to be as proactive as we would like,” he said.

Drivers can be proactive by driving slowly, using snow chains or tires and choosing not to drive if the weather makes roads too dangerous.

National Weather Service Spokane has issued a winter weather advisory for the Pullman area starting at 7 a.m. according to a tweet shared by the Pullman Police Department.