Donation is continuation of strong relationship between university, airport 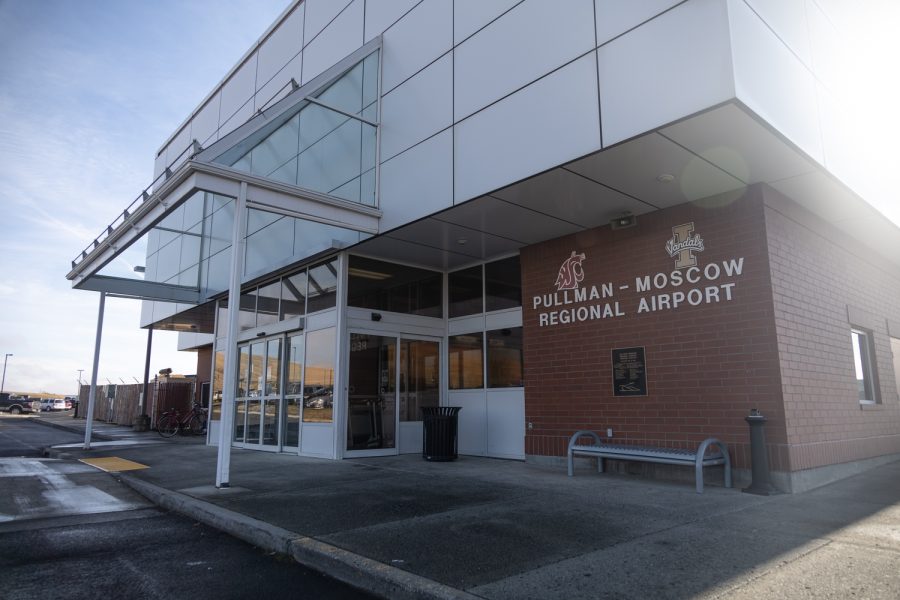 Community partners are donating a collective $10 million to build a new terminal at Pullman-Moscow Regional Airport.

WSU is donating $600,000 toward the construction of a new terminal at Pullman-Moscow Regional Airport.

University of Idaho is contributing $400,000 toward the new terminal as part of a collection of community donations totaling $10 million, said Phil Weiler, WSU vice president of marketing and communications.

The airport is the result of a unique cross-border partnership between two different universities, towns and counties in two different states, Weiler said.

The project began in 2005, broke ground in 2015, and was completed in 2021, according to the engineering firm Mead and Hunt.

“[It was] quite frequent that planes would fly from Seattle to Pullman, and get here, it was foggy, they’d have to circle around for a while to wait for the fog to clear, and if it didn’t clear, they would have to fly back to Seattle,” Weiler said. “Real bummer if you’re on that flight.”

The next project the airport is tackling is the construction of a new terminal to replace the old one, Weiler said.

The new terminal is projected to cost $61 million, according to a WSU Insider article.

The Federal Aviation Administration is contributing $51 million toward the project while local donors, including WSU, are contributing a total of $10 million, Weiler said.

The current terminal is a single room that contains the Alaska Airlines ticketing desks, rental car desks and security. It does not contain any concessions, Weiler said.

“We love the convenience of the Pullman airport for our student-athletes to get them to competitions, and then get them home quickly to return back to class,” Park said.

WSU Athletics is excited by the university’s support of the airport because it is not only beneficial for the department, but for the university and the community as well, Park said.

The $600,000 WSU is contributing to the new terminal came from selling a university-owned condominium in Seattle, which WSU President Kirk Schulz sold because he felt he was not using it enough, Weiler said.

“[A successful airport is] important from a perspective of bringing in students from all over the state and all over the region,” Weiler said.