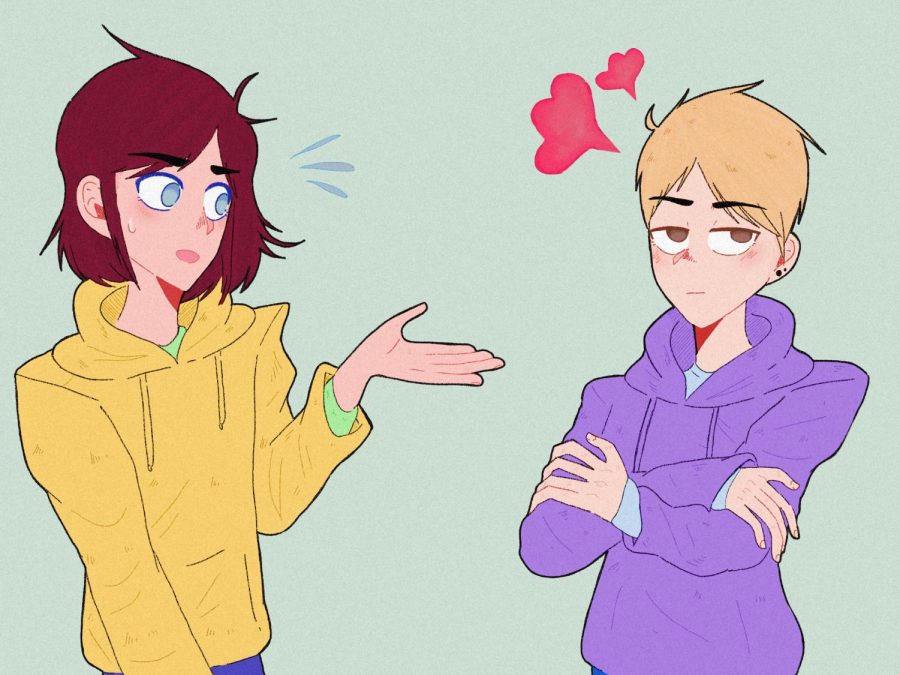 There is not a single soul in America who is not aware of the issues our society faces. Yet, we refrain from talking about them.

In my English 101 class freshman year, we watched a TED Talk featuring Jackson Bird, a transgender digital storyteller and activist.

In his talk, he brought up the fact that being a transgender individual is awkward because everyone else gets awkward – people are scared of saying the wrong thing.

While the main point of the talk was for Bird to share his experiences as a transgender man, the class discussion that followed afterward shifted to focus on the point I just brought up: people get awkward when certain topics are brought up.

As a class, we realized this phenomenon is not exclusive to discussions about transgender individuals. Racism, gender equality, mental health issues and queer identities are all topics that people prefer to avoid even though they are common topics in today’s society.

It is puzzling – we acknowledge that there are inequalities in our world, but when these inequalities are brought up in discussion, we avoid them as much as possible. We change the subject or simply do not respond at all.

Most of the time, like Bird said, people are scared of saying the wrong thing.

I understand. As a columnist, there are a few topics I have wanted to bring up but ultimately never went through with because I grew of what people would think of me.

Even with the topics that get published, I worry what people might think when I take a stance on serious issues. After all, my face and name are attached to every column I write.

When I bring up a controversial topic, I open myself up to the possibility of criticism and judgment on both my opinions and character.

Acknowledging this fear exists, as a society, we need to confront the issues that affect the people around us. Things do not get any easier when we change the subject or stay silent.

Chris Winrich, junior general biology major, said he is comfortable confronting topics like racism, queer rights and mental health. He believes they should be discussed openly, but recognizes that people are uncomfortable discussing them.

“I think that these [topics] have become so politicized that people have a fear that talking about [them] might make their political or world ideologies more open to the public,” he said.

Winrich said that in the current political climate, the fear of backlash might prevent people from discussing these topics. In order for people to talk about them, people need to make it clear that their words on the topic are not related to politics.

“These topics shouldn’t be seen as political because they are in regards to the rights of individuals because of their existence within certain groups,” Winrich said. “The rights of people should not be something to debate.”

He believes that addressing issues in our society could help remove the stigma against different groups perpetrated by popular media and politicians.

Andrew Todd, senior computer science major, said he is comfortable discussing these topics with close friends but is more hesitant to talk about them with people he does not know.

“I think that it can be hard to find an environment where you can feel comfortable expressing your opinion,” he said. “It seems like even un-political things become politicized and it’s just hard to have any meaningful discussions about any of the topics.”

It is a very good point to bring up. A lot of things that have no business being political end up in the political spectrum, such as simple human rights like the right to marry who you love.

Along with Winrich’s point on human rights being unnecessarily politicized, the entire pandemic has turned into a political warzone. What should be rooted in scientific facts and basic human decency has instead become rooted in warring opinions.

Todd said it is hard to find a space to talk about societal issues when people become angry at a person who has a differing belief. He believes people avoid these topics because they are afraid of being “canceled” for what they think.

“You could be a fairly popular person and accidentally let slip that you are against abortion,” he said. “People will immediately be mad at you for expressing that opinion. The reverse also applies.”

It is a valid fear because unfortunately, these discussions can quickly become dicey.

Even those that agree sexism is still a huge issue in society are not going to agree to the same extent. What one person defines as sexist may not strike another person as sexist, even if both are actively striving for gender equality.

“Canceling” is another important buzzword to bring up. Social media has increasingly normalized bullying someone on the internet for their opinions.

We should hold ignorant people accountable, but holding someone accountable does not mean abandoning moral and ethical standards to harass them.

Better discourse is needed for issues in society. However, I think the only way we can achieve this is to encourage it rather than shy away from it.

We cannot shape peaceful discussions if we avoid them entirely. Awareness and conversation are the paths to resolution.

We are aware of the societal issues we face today – we have been aware of them since the 20th century. If we want to move forward, our only option is conversation.

To do that, we need to refrain from fear. It is OK if we find a person who thinks differently than us. If we cannot accept that, having awareness is useless because we will never achieve solutions to the issues we want resolved.