Sorenson finds light in the dark

Former football player and girlfriend fight second round of cancer 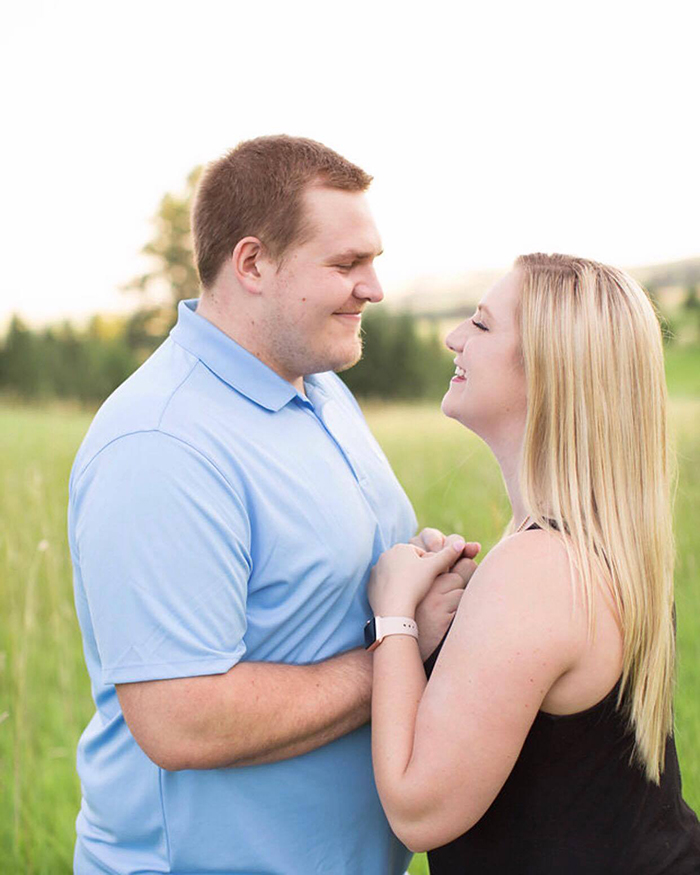 Several moments stand out in the past two years of Riley Sorenson’s life.

In December 2015, his father died following a heart attack. Six months later, his mother succumbed to cancer. The offensive lineman was soon diagnosed with testicular cancer himself, then beat it in time to play his final season of college football at WSU.

Then he got a call from his doctor in May.

His cancer had returned, and this time he would need chemotherapy. Now, as Sorenson undergoes treatment, he and his girlfriend, Elisabeth Haffner, have learned the importance of living in the moment.

“You never really know what’s gonna happen,” he said. “Even something as simple as your good health … can be kinda thrown in jeopardy just in a day.”

Sorenson is in his third round of chemo. Each cycle lasts 21 days, the first five of which are the actual treatment. Haffner takes him to his appointments in Lewiston because afterwards, he is too exhausted to drive. During treatment, he sleeps about 18 hours a day.

When he feels up to it, they find ways to get out of the house without doing anything too strenuous. Sometimes, they take their dog to the park, or go to the farmer’s market.

But most of the time, they’re cooped up. At certain stages of treatment, Sorenson is especially vulnerable to infection, and they follow precautions to keep the place sanitary.

Still, they do what they can to make it a warm and homey environment. They’ve taken to playing games like Jenga and Cards Against Humanity when they grow tired of their usual pastimes — as Haffner put it, “we just try to keep our sanity.”

“You can only watch so much Netflix,” she said. “You can only read so many books, so … we’re kind of creating our own fun.”

Haffner took a break from studying education at the University of Oregon to take care of Sorenson. Now, she works part time at a photography studio in Pullman, to allow her to dedicate the necessary time to maintaining his health.

The two began dating after Sorenson’s father died, when she flew down to be with him in Southern California. Their love was built on the hardships they have endured together, Haffner said, and from this grounding they’ve built a strong and stable relationship.

“I mean — knock on wood, God help us — but what else is there for us to go through?” Haffner said. “Our relationship is pretty solid at this point.”

Beyond their relationship, however, the future is uncertain. Before Sorenson began chemo, he had been considering coaching. The two had also talked of moving back to Eugene so Elisabeth could finish her degree.

Now they are hesitant to think too far ahead. The chemo could get delayed, or some other unforeseen problem could arise.

“A year ago, we didn’t think we were gonna be here again,” Haffner said. “We don’t really plan for the future.” They have decided to see what happens in the next few months, and what opportunities are available then.

They have found a great deal of love and support throughout their struggles from the beginning, and humanity hasn’t failed them this time. Haffner’s friend Courteney Fisher started a GoFundMe for Sorenson’s medical bills that has exceeded it’s goal of $30,000.

Sorenson is naturally a positive person, he said. It’s the way he was raised. He’s inclined to look at the good in life and not let the bad weigh too heavily on him. And even in the worst of times, he still has Haffner, their dog, and a host of people cheering him on.

“There’s so much support from everybody,” he said. “It’s kinda hard to feel bad for myself when everyone’s rooting for me.”