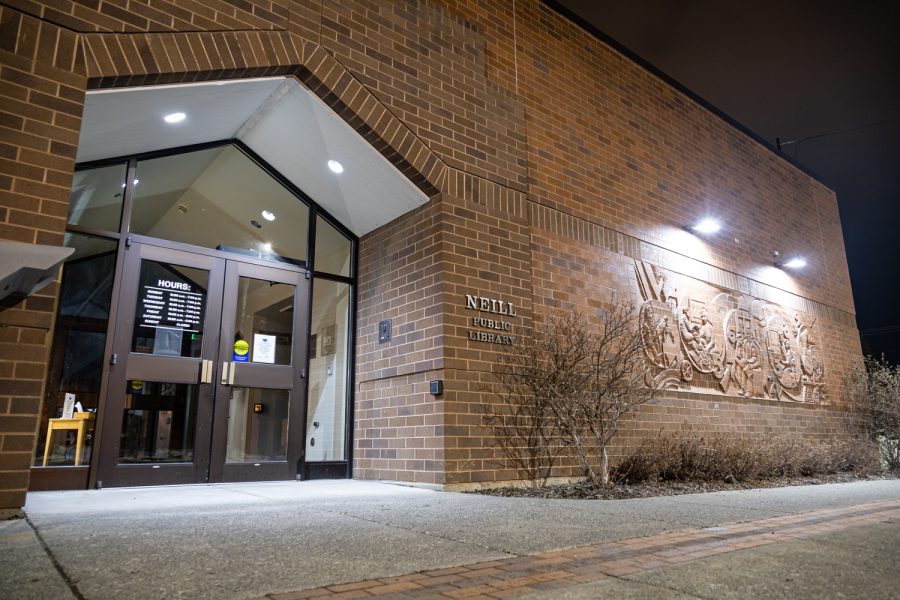 ATVP and the library plan on hosting events to discuss topics such as domestic violence, sexual assault and stalking to help increase awareness within the community.

Neill Public Library is partnering with Alternatives to Violence of the Palouse to provide various resources to the community to increase awareness and help survivors of sexual assault and domestic violence.

“It’s any kind of resource that would help people find help within the community and understand what those resources are and where to find them,” Bailey said.

The shelf allows community members access to important resources without physically going to ATVP, she said.

“It gives some anonymity before they’re quite ready to take that step and get directly connected with services,” Critchfield said.

The shelf will have brochures about various ATVP services and information about domestic violence, sexual assault and stalking, Critchfield said. Visitors can also pick up ATVP business cards and ways for people to reach out if they are ready to get help.

People do not need a library card to use the resources provided, Bailey said. When they are done utilizing what they need, they can put it back on the shelf.

“It really is an independent borrowing system from Neill Public Libraries,” she said.

Critchfield said ATVP and the library plan on hosting events to discuss topics such as domestic violence, sexual assault and stalking to help increase awareness within the community.

Although event topics are not set in stone, Critchfield said the themes will correlate with the months they will be held in.

January is Stalking Awareness Month and February is Teen Dating Violence Awareness and Prevention Month, so ATVP and the library will try to base events off of those along with the feedback they receive from community members, she said.

Critchfield said ATVP teamed up with the library because community members visit the library for a variety of resources, whether that is getting information for an assignment or accessing the internet through the library’s computers.

“We thought because it’s such a good staple of the community that it’d be the perfect place to just add in some of what we’re doing and ensure that people are having access to all of the information and resources that are at their disposal in the local community,” she said.

All the resources provided are free and directed toward all ages, Critchfield said.