Astronomers use high resolution telescope to look for black holes

Millions of harmless black holes likely scattered in nearby galaxies 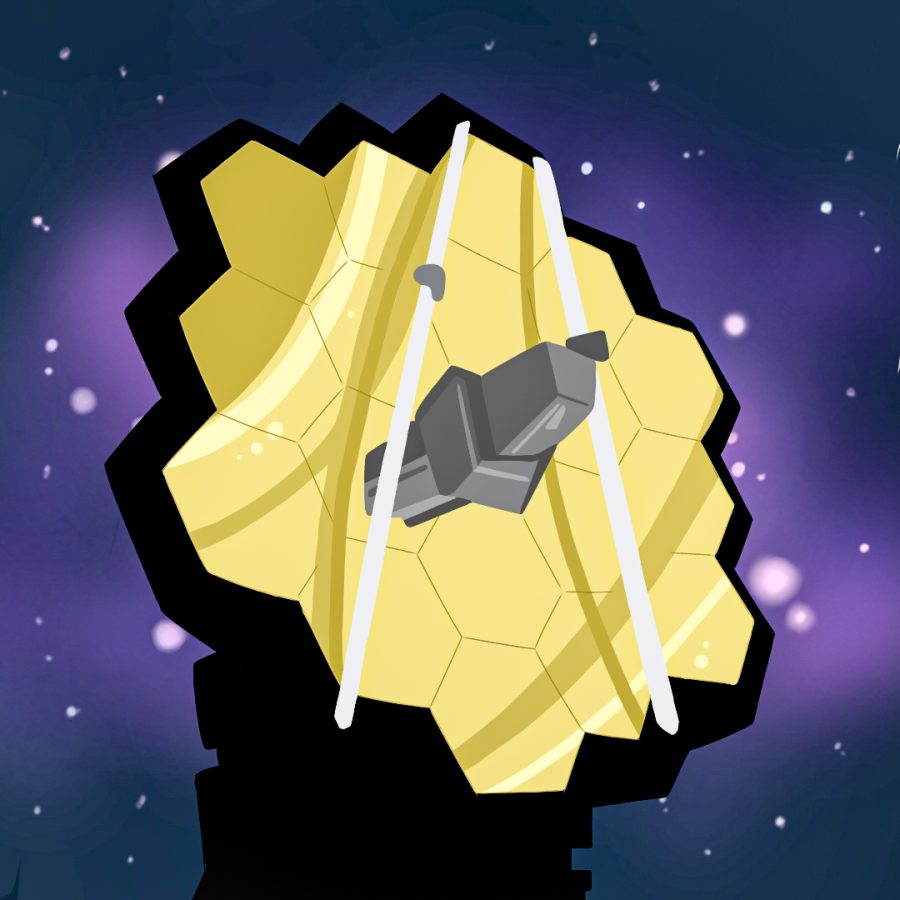 James Webb Telescope is the most effective for observing black holes in the universe.

A team of astronomers, including a WSU astrophysicist, will use the James Webb Telescope to search for black holes located in small galaxies. This will help determine their impact on the solar system and how they form.

The James Webb telescope was launched Dec. 25, 2021, and is now fully deployed, said Vivienne Baldassare, WSU assistant professor of physics and astronomy. Once it reaches its final orbital destination, a team will ensure the telescope is in focus, then data and observations can be collected.

Many astronomers worldwide submitted proposals to use the telescope for research, with a fraction of these proposals selected early last year by the Space Telescope Science Institute, she said.

Baldassare said her research team was selected for cycle one, which will allow them 40 hours of observation time between summer 2022-23.

Her team will be observing nearby solar systems to look for black holes by targeting dense star clusters of galaxies called compact stellar systems, she said.

“Not much is known about whether these compact stellar systems contain black holes,” Baldassare said. “So we’re going to be searching in these galaxies and other systems to look for black holes and see how much they weigh.”

It is already well known that large black holes — 10 to 30 times the size of our sun — can come from stars. It is also known that supermassive black holes reside at the center of almost every universe. However, the bridge between the two is more difficult and will be what the team is looking for, said Tyrone Woods, research officer and Plaskett Fellow at the Dominal Astrophysical Observatory.

“We are trying to piece together how the first structures came together in the earliest universe to form galaxies, like our own Milky Way,” Woods said. “A key piece of that ingredient is trying to understand where the supermassive black holes in the heart of every galaxy come from.”

Once the location of a black hole is identified, this information can be used to help understand how they form, which systems have black holes and the impact they have inside their system, Baldassare said.

Most galaxies have a black hole at their center, she said. Earth’s galaxy has a black hole at the center that weighs 4 million times the mass of the sun. There are also likely millions of small black holes throughout the galaxy, but they pose no threat.

The team will also study the motion of stars at the center of galaxies to determine whether a massive black hole is present, she said.

It is difficult to look at the black holes themselves, Woods said. The team will instead be looking at the stars moving around to infer the presence of a massive object nearby.

“In our own galaxy, we can watch individual stars moving at really high speeds around the black hole,” Baldassare said. “By watching individual stars at the center of our galaxy and seeing how fast they move, we can tell that there’s something really supermassive there and can infer the presence of the supermassive black hole in galaxies that are farther away.”

Baldassare said James Webb is a six-meter telescope made up of different hexagonal mirrors. It collects infrared light — light that is less energetic than light seen by human eyes.

High-resolution observations are needed to look at the motions of stars, she said. The atmosphere limits resolution, which is why the James Webb Telescope will be more effective than a regular telescope.

Infrared light can detect galaxies in the early universe, as well as exoplanets — planets that reside outside of the solar system, she said.

The telescope will take photographs of different galaxies and objects. It will also photograph spectroscopy — when light is divided up into different energy levels. Different atomic transitions can then be observed, she said.

James Webb is moving into position and should be finished by the end of the month. Then, there will be several more months of calibrations, Woods said.

“The black hole is the atom of the 21st century,” Woods said. “Trying to understand the origins of some of the most complicated structures in the universe is generally to the benefit of all humanity.”

Baldassare is the only faculty member at WSU involved in the project, she said. There are 17 additional investigators residing at other universities, including the group leader, Matt Taylor, at the Herzberg Institute of Astrophysics.

The team will look at 20-25 targets in a nearby galaxy cluster. Based on the results they collect, they may submit another proposal to request more time with the telescope to look at the systems in greater detail, Baldassare said.

“It would be great to find that black holes in these little galaxies are ubiquitous,” Baldassare said. “That would be a really exciting result, but the universe will do what it wants.”