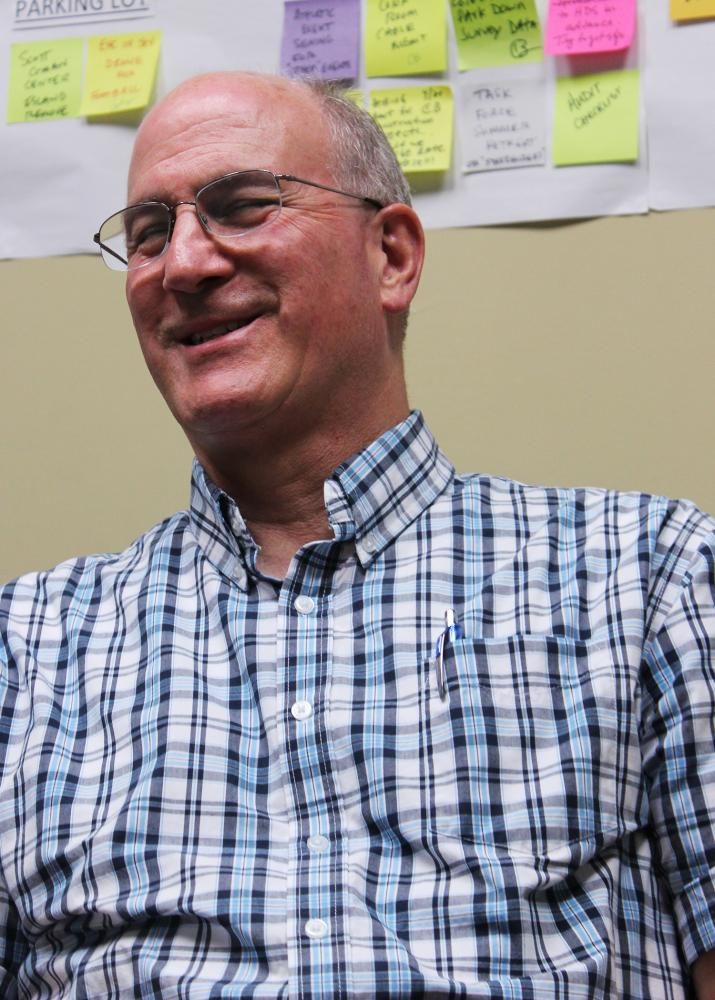 Director John Shaheen says the goal of the transportation program is to reduce drive-alones.

Coordinator of the Transportation Demand Management (TDM) program Brent Atkinson said there are multiple routes that the program will take to decrease drive-alones on campus. A drive alone is a term used to describe any person driving by themselves in a vehicle at any given time.

“The key goal is to reduce drive-alones,” Atkinson said. “It can reduce traffic congestion, it can save the consumer money and it has environmental benefits.”

Transportation Services at WSU collaborated with the city of Pullman and other organizations to complete the WSU Bicycle and Pedestrian Plan in 2014. The plan details that nearly 1,500 respondents participated in an online survey asking two questions: What keeps you from riding more and what keeps you from walking more?

“Not surprisingly, participants also identified factors outside the control of the project team such as winter weather and hilly climate,” according to the survey results.

Just before this summer began, the Cougar Climb bike path opened in an effort to “make biking a more attractive option,” as Atkinson put it.

Multiple organizations came together to form the bike path. This collective work is expected in the future as well, Atkinson said, implying that Transportation Services rarely works alone.

Feedback from users of the biking route have been positive. However, some, including Atkinson, have addressed a need for improvement on both quality and quantity of signage.

“One of the biggest barriers is people not feeling safe when they’re on the roads,” Atkinson said. “You know, having to fight with vehicles to have a safe riding lane.”

Whether the solution is bike-dedicated paths or clearly defined shared roads, Atkinson is determined to personally pursue this safety issue.

John Shaheen, director of Transportation Services, said the two most difficult challenges are money and hills. Despite winter weather being a highly-identified reason for not biking in Pullman per the 2014 survey, Shaheen says many universities have excellent biking programs during bitterly cold winter weather.

“[Minneapolis] is called the ‘bike mecca,’ ” Atkinson said. “That’s where everybody looks to when it comes to the top-of-the-line biking structure.”

Atkinson and Shaheen agree that cold winters do not stand in the way of excellent biking structures.

According to The Des Moines Register, ‘frozen Minneapolis became a biking mecca’ because of three elements. The mayor highly prioritized biking programs, the city received $25 million from a federal pilot program and an extensive trail was created to open up the biking boom.

Needless to say, Minneapolis is not Pullman. The two cities have different topography and Pullman does not have $25 million to allocate towards biking infrastructure, Mayor Glenn Johnson said.

However, Johnson himself has been prioritizing the need to make biking an attractive option.

This year, curbs on campus have received work to become compliant with the Americans with Disabilities Act. As an appointee of the Transportation Improvement Board, Johnson’s focus has also been on making roads that are “applicable for not only cars, but bikes and pedestrians.”

Johnson said he’s also met with at least one smart bike vendor as he and UREC try to do their part to make Pullman bike-friendly.

TDM aims to work with organizations, such as the city of Pullman and UREC, to reduce drive alones. This will likely mean increasing opportunities for bikers and walkers throughout the city, not just the university.

“The other thing it does is it reduces parking demand, which is really what drives parking rates,” Shaheen said. “Every person that doesn’t drive alone is one less parking space we have to construct.”