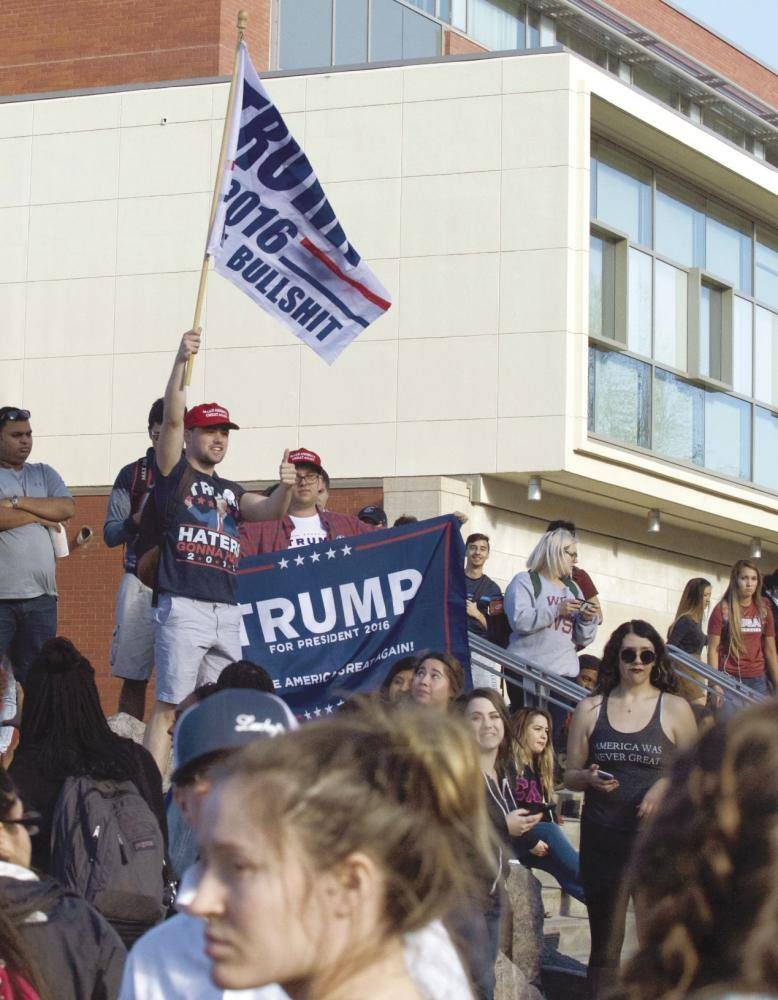 For updates on the situation as it unfolds, check back to The Daily Evergreen website. View the most recent story here.

Many students at WSU have called for a response from the university after WSU College Republican President James Allsup attended a rally turned riot in Charlottesville, Virginia.

Allsup was publicly identified in several photos by a Twitter account, Yes, You’re Racist, which has released identities of several Unite the Right attendees. Allsup said he was there as a member of the media and to speak at the event and condemned racism and Nazism.

In a series of tweets, WSU President Kirk Schulz condemned Naziism and racism as well and asked the university to come together. Schulz did not acknowledge Allsup or the requests for his expulsion directly, but did make a note that a university is a place where controversial voices must be heard.

Allsup said in an interview before the tweets that he would be insulted if the university took the time to respond or condemn his participation in the Unite the Right Rally.

“The university should not be in the business of disavowing what their students do, what their tuition-paying students do in their professional careers,” Allsup said.

Allsup said most of the violence at the event was started by the counter protesters, who pepper sprayed a fellow alt-right media figure, Baked Alaska. He blames the police for the death and injuries caused by a car plowing into counter protesters, saying that they did not do a good enough job protecting the rally attendees and separating the two groups.

Allsup said the basis of the rally, as a protest of the removal of a confederate monument of General E Lee, was not a symbol of hate and the neo Nazi’s in attendance were not representative of the majority of people there.

“I think we should check our northern privilege and consider the alternate experiences of people of this country,” Allsup said.

Allsup added that he sees any action or response from the university as an affront to his free speech rights and singling him out as a member of the alternative media.

ASWSU President Jordan Frost and student body presidents at other universities posting a statement in solidarity with the University of Virginia.

“We are united with the students of the University of Virginia, as what affects one of our campuses affects us all College Campuses are spaces that students should be able to call home, not places of violence, hate and racism.”

Other leaders at WSU and in the Pullman community also posted to social media and held candlelight vigils condemning the violence and racism on the University of Virginia campus.