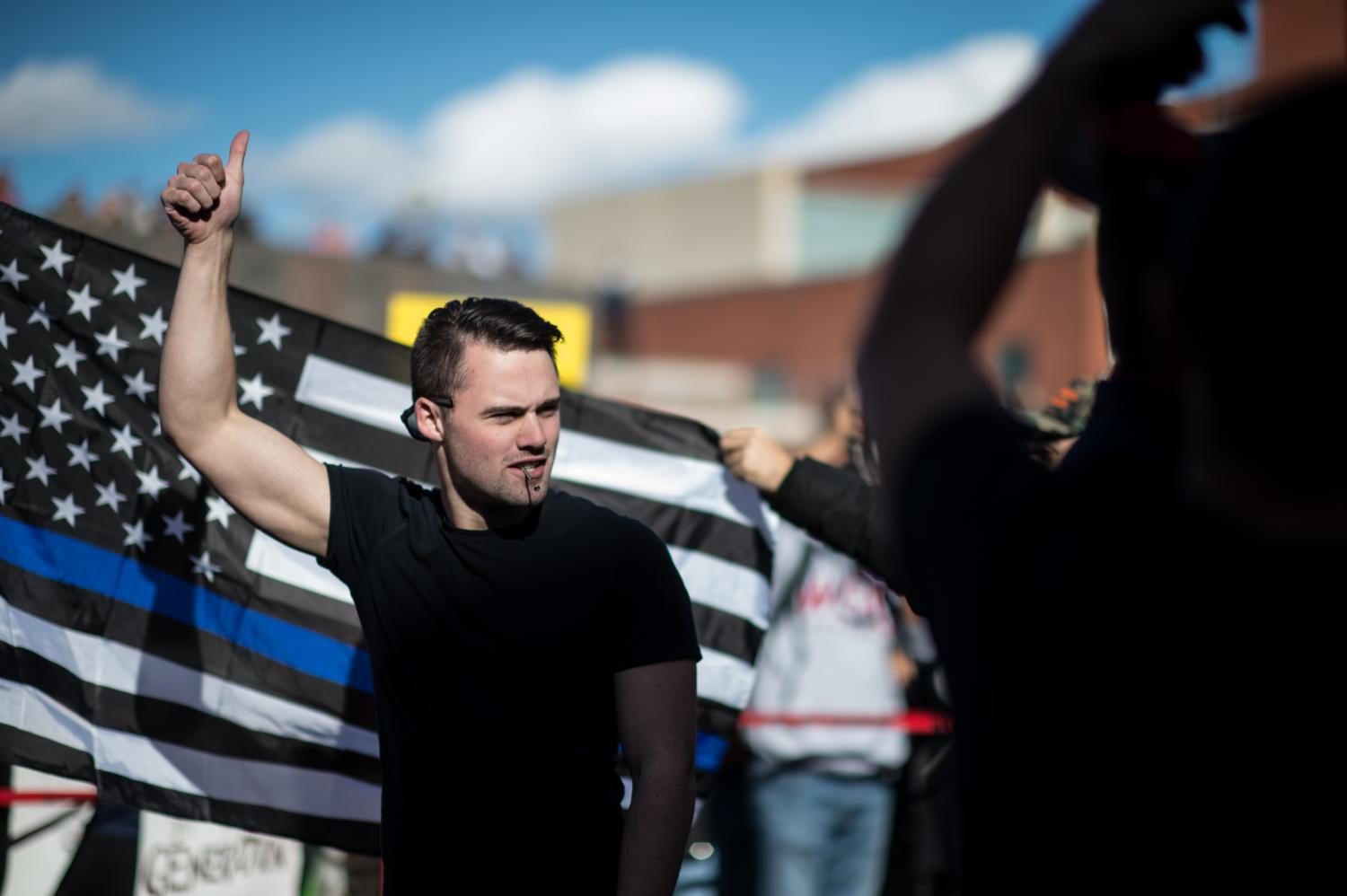 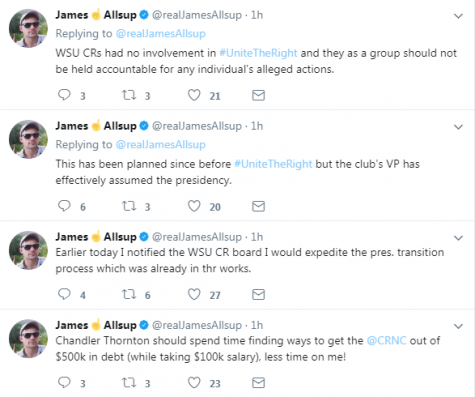 Courtesy of Twitter A screenshot of James Allsup’s tweets following his resignation.

New president Amir Rezamand issued a statement via phone condemning the events in Charlottesville and absolving the WSU College Republicans of any involvement in the event. 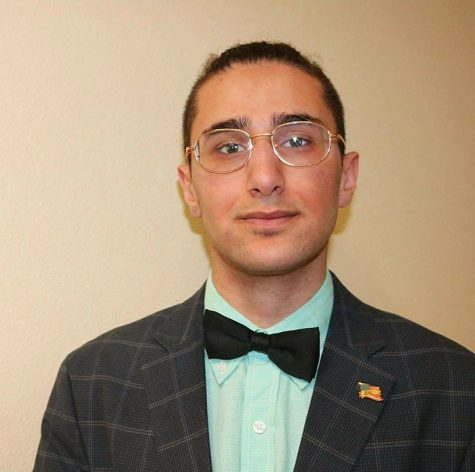 Rezamand’s Twitter account previously had around 16,000 tweets, which have all been deleted. Rezamand said he cleared his Twitter history to protect the privacy of those associated with him. After a screenshot of Rezamand’s tweet, “God I wish I was in Charlottesville right now,” was shared to Facebook, he confirmed he did in fact tweet the statement, adding that he did wish he was in Charlottesville, working to end the violence, not promote it. 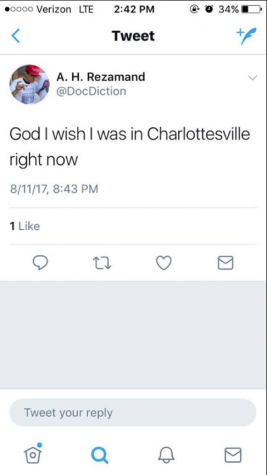 Former WSU College Republicans have come forward to condemn Allsup and the recent direction of the club.

Former College Republicans vice president Jacob Heinen resigned from his position March 27, but did not go public until now because people thought he was still associated with the organization. He said he left the group after he saw them change from conservative, libertarian, small government principles to what would garner the most attention.

“I think they say absurd things because it makes people angry and gets Facebook likes,” Heinen said. “That’s why we built a big Trump wall, because holding a boring old immigration debate wouldn’t make the news, but a Trump wall would.”

After Milo Yiannopoulos cancelled his speaking appearance at WSU due to unsafe road conditions, Allsup posted on the WSU College Republicans Facebook page that there would be a “suitable triggering replacement for Milo,” Heinen said. The post has since been deleted.

When asked if he thought Allsup was a white supremacist, Heinen said he does not believe that any of the members of WSUCR are white supremacists. Some of them, he said, are caught up in the fame since the organization has gained popularity.

“I’ve seen them make arguments that whites have a higher IQ than blacks, talking about how they’re pro-eugenics,” he said. “I just think they say things to ride that fine line because they know people are going to show up and have a counterprotest against them, and they think it’s funny.”

Heinen disagreed with the idea of triggering people and said with the organization, he made the country and university more divided than before.

Since leaving, he has worked with other students to start WSU Political Science Club, a bipartisan group aimed to find middle ground on an increasingly polarized campus. He added that he is still open to working with WSUCR and considers its members to be good people.

Heinen no longer considers himself a Republican.

“What the hell does that even mean anymore?” he asked.

He also mentioned that two female members, who asked not to be identified, recently left the organization due to the new direction and the club’s treatment of women.