Students may register pets through Access Center; ESAs cannot be brought into classrooms 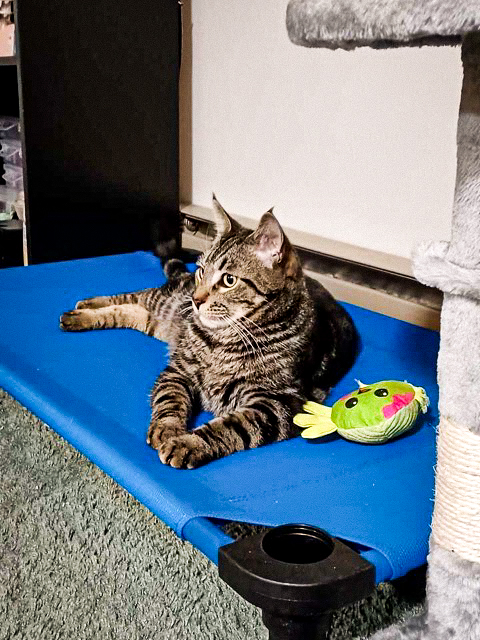 Students living on campus may register pets as emotional support animals to help them with their mental health.

When a student is able to register for an emotional support animal, the animal is able to live with them, despite WSU Housing’s pet policy. Having an ESA is permitted because of the Fair Housing Act, which allows students with disabilities to keep emotional support animals in university dorms or apartments, according to the Access Center’s website.

“I believe about under 100 students have emotional support animals,” said Meg Autrey, associate director for Housing and Residence Life.

If a student living on campus wants to register for an ESA, they need to be approved by a medical professional, Autrey said.

Zahra Keith, a sophomore student living in a university apartment, said she was able to register her cat as an ESA fairly easily.

“Wazzu is pretty good about their policies, so I didn’t really have to fight them on it. Some schools are much more strict with their policies,” she said.

Keith said she registered her cat, a domestic short-haired named Milo, as an ESA because of her anxiety and depression. Milo is able to help her with her mental health by cuddling with her when she is stressed.

While dogs and cats are the most common types of ESAs, Autrey said she has seen students with fairly obscure animals.

“A number of years ago, a student had a pot-bellied pig,” Autrey said.

Some other uncommon animals she has seen as ESAs are rabbits, lizards and sometimes snakes, she said.

While students are able to register any animal as an ESA, there are some exclusions when it comes to the guidelines. The university may exclude an ESA from university housing if the animal is not housebroken, would cause property damage, would pose a direct threat to others, would alter the nature of a program or activity or is not being cared for by the student, according to the Access Center’s website.

If a student wants to register an animal as an ESA, then they can do so through the Access Center, which requires the proper medical documentation and a completed application available on their website.