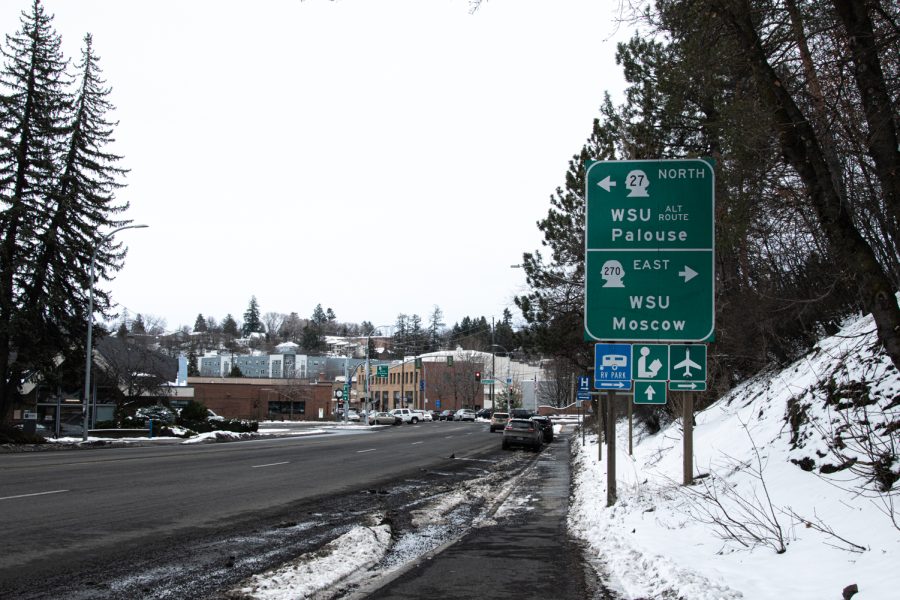 Members of the Whitman County Board of Commissioners and the Pullman City Council are considering different proposals for building a bypass around Pullman, with costs ranging from $10 million to $100 million.

Whitman County Commissioner Art Swannack said the idea of building a bypass has been considered for many years, with the main goal being to keep unnecessary traffic out of downtown Pullman.

Swannack said while the idea of a bypass has been considered since the 1970s, the particular proposal he is pushing for has only been envisioned since last year.

“Myself and the county engineer together brought the idea forward last year when they were starting work on the infrastructure bill,” Swannack said. “This particular idea – we came together just brainstorming, trying to find out more affordable ways to do a bypass.”

Swannack said his proposal would be built mostly using Kirkendahl and Sand Roads, partially because Kirkendahl Road connects to Highway 195 and Sand Road comes through the south end of Moscow, making the roads ideal for the project.

While it may be a bit too early to tell, Swannack said his proposal is believed to be relatively cheaper than some of the other ones being considered.

There have been discussions between members of the Whitman County Board of Commissioners about the best way to construct the bypass, with expenses being one of the main issues, he said.

The proposals for the bypass would most likely require acquiring private property and making the road wide and safe enough, Swannack said.

Pullman City Councilmember Francis Benjamin said he has seen four proposals for the bypass, as well, including the route that uses Sand Road.

A proposed version of the bypass that runs north around town already has some land purchased by the state, he said.

One of the main points in discussion among those in the council is funding the bypass, Benjamin said.

The four bypass proposals range in cost, but the farthest north and south routes would most likely be the least expensive because they mostly use pre-existing roads to complete, he said.

Benjamin said it is possible that building the bypass may be done with a private and public partnership, mostly to help make funding easier.

The partnership would likely also include buying private property to build the bypass, although the route has not yet been finalized, he said. He does not know whether any private property owners have been contacted regarding the proposed routes.

Benjamin said the bypass would have a positive impact on the atmosphere in downtown Pullman by reducing traffic congestion.

“That’s the piece that we’re focused on, which is, ‘how do we make our downtown more vibrant,’” he said.