With the first game taking place in less than a week, players open up about their expectations 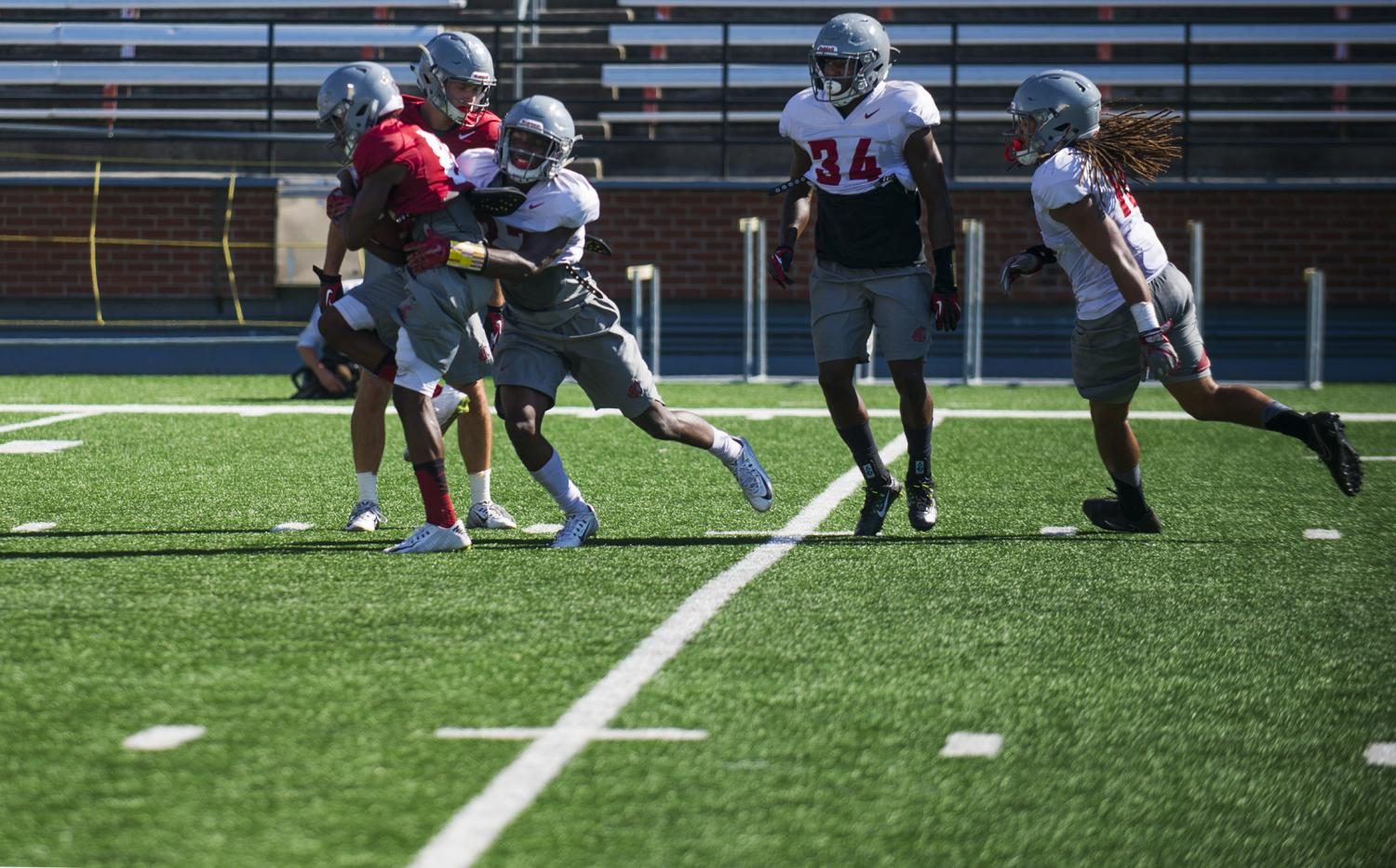 Cougar football kicks off its season opener against Montana State on Sept. 2 at Martin Stadium — the first of five straight September home games.

For the athletes, their home stand is large, but their season looms larger, especially because most of the players are seniors, said Gerard Wicks, redshirt senior running back.

“This year’s a big year for everybody,” Wicks said. “At the end of the year, after we look back, hopefully we’ll all be at the Rose Bowl.”

WSU began its season last year with two losses and finished it with three. In the middle, however, the Cougars compiled an eight-game winning streak — a feat the team hadn’t accomplished since the Great Depression.

It was enough to throw the Cougars back into contention for the Pac-12 North title against none other than their rival, University of Washington. A storybook ending came up short in a dismantling Apple Cup. But Cole Madison, redshirt senior offensive lineman, said the Cougs are optimistic this year.

The Cougars will aim to take advantage of the hometown fans, jump-starting their season unlike last year. During the second and final media day of the Pac-12 press conference in California, Head Coach Mike Leach addressed his team’s struggle with season openers.

He said that with time comes experience, referencing last year’s team, made up of mostly freshmen and sophomores. In the end, it was a lack of focus and trying to do too much that got in the way, resulting in a loss to Eastern Washington, he said.

There are no “glaring weaknesses” in the team, Leach said, and he thinks they can hold their own against any team in the Pac-12.

“There is not a sane coach around. I think we’ll be better everywhere,” Leach said. “You know, heck, by Thursday of game week, I think we can beat New England.”

WSU just missed a ranking on the Amway Coaches Poll top 25, coming in at 26. However, the Cougars did crack ESPN’s top-25 pre-season power rankings, ranking at 24. No. 4 USC, No. 8 UW and No. 15 Stanford University came in ahead of the Cougars.

WSU is already receiving attention in a competitive Pac-12 Conference.

“It’s hard to get a bunch of people in a Pac-12 game just because the conference is so quality from top to bottom.”

The Huskies lost to USC and Alabama at the Chick-fil-A Peach Bowl last season while USC, Stanford University and University of Colorado each won 10 games.

Of course, having a record-setting quarterback return for his senior year helps get votes. Redshirt senior quarterback Luke Falk is already on the top of school, passing record lists and could ink his name a few more times.

“He’s always been a focused guy,” Leach said. “He’s not a guy that has a bunch of highs and lows. Just kind of steady, focused, intense work ethic without any panic to it. I do think his best football is ahead of him.”