OPINION: Children should not grow up alone 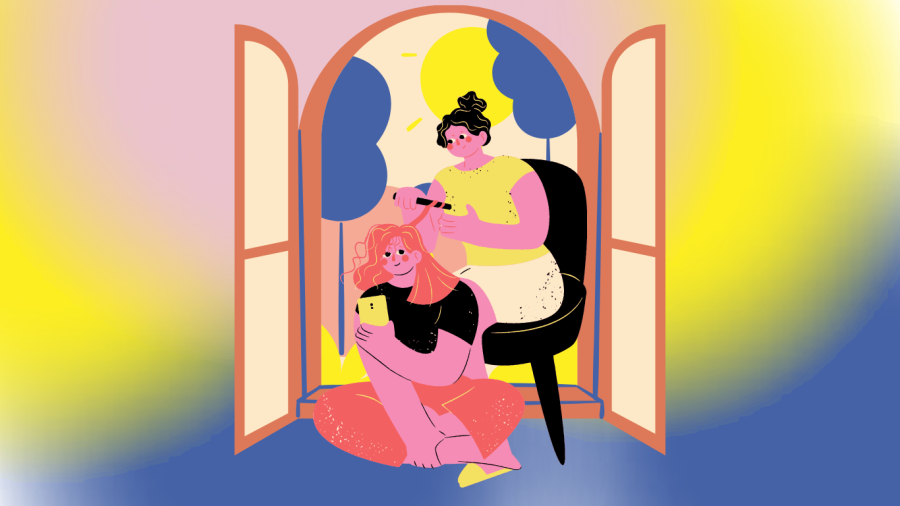 Growing up with siblings helps children develop social skills with people their own age. Only childen often miss out on this experience.

Something that I do not bring up often, but still feel nonetheless, is the regret of growing up as an only child.

It feels weird to label it as a regret because it is something beyond my control. Yet, the pain I feel from it is similar to the guilt I feel from doing something wrong.

I think it is easy to form those perspectives without living on the other side.

It is easy for only children to want to have siblings without understanding the annoyance that comes with having them.

It is easy for children with siblings to wish they were only children without understanding the loneliness that comes with growing up alone.

A 2011 study examining social behaviors in people with and without siblings said that siblings play an important role in the social lives of individuals and that most adults consider their siblings as best friends.

Nevertheless, Scientific American mentions only children regret growing up by themselves.

The regret of growing up on your own is very real. I would know because I have lived with it all of my life to no avail. I was the only child in my entire family — cousins included — until the first grade when my little cousin was born. By then, the age gap was too significant to form a meaningful relationship.

As much as the argument of developing meaningful relationships outside of the home holds true, I did not have those experiences growing up. There were hardly any children in the neighborhood I lived in, and my peers at school did not like me; in fact, most of them bullied me.

Even though siblings make life difficult from time to time, I would strongly prefer that lifestyle and have a trusted peer throughout my childhood rather than deal with the social isolation I faced at home and school.

I am not alone in this. I have talked to several people on campus who deal with the pain and regret of growing up without a brother or sister.

It raises an important question — one that is not heavily examined but can at least be observed — does being an only child affect your transition into college?

“I know for me, making the transition to college was a bit less stressful because I had my older siblings that had gone through that experience already, so they helped me and guided me,” Micaela Salgado, senior elementary education major, said.

Salgado said she thinks being an only child can be difficult when it comes time to transition into college because an older sibling can model decision-making for younger siblings. Most of her decisions throughout life were guided by her older siblings.

“For me, I can say that I learned how to interact with people because of my older siblings,” she said. “As a young child, I would see and hear how they interacted with people, so I would tend to mimic and do the same.”

However, Salgado said she believes the transition into college might not affect only children. Because they grew up independent, they might not have a hard time being in college, where independence is more prevalent.

While college does instill a lot more independence in an individual, it is worth noting that college is also a highly social environment. It is where people will network and make lifelong connections.

Growing up independent served as a barrier to that in my experience.

Junior marketing major Jack Christensen said that despite butting heads a lot with his twin sister and older sister, the experiences were beneficial to his development in retrospect.

“From the people I’ve met that are an only child, I can imagine that they had a difficult transition to college,” Christensen said. “I can’t imagine where I would be if I didn’t grow up in an environment where I had siblings to bounce things off of when I needed it.”

However, he said he understands these are his own observations.

There are always going to be conflicting observations about growing up with siblings.

Some only children will forever be upset they did not have a sibling, while others will attribute most of their successes to their identity. Some siblings will always hate their parents for having more children, while others will say growing up with a brother or sister was the best thing ever.

I think it is important to recognize the pain that some only children experience. Ultimately, they did not get a choice in whether or not they could get a sibling.

I will always live with that pain, no matter how irrational or stupid some people say it is.

Unfortunately, there is no solution available. It is impossible to change being an only child.

The best that can be done in a college setting is to seek close relationships with peers, and maybe a “brother-like” or “sister-like” relationship will develop. This is sometimes the case in Big-Little relationships in Greek life.

However, I do urge future parents to consider the social lives of their children before having them. Some parents prefer only having one child because having more poses a lot of cost and stress, which is completely understandable.

But it is not fair for a child to grow up in an empty social environment.

Consider your relationships with people. If you only had one child, do they have cousins they can play with? Do your friends have children who could be potential playmates? Do you live in a neighborhood with a lot of children?

There usually is no harm in having your child grow up with someone who could be their lifelong friend.