Jeff Hawkins argues being human, being intelligent are separate 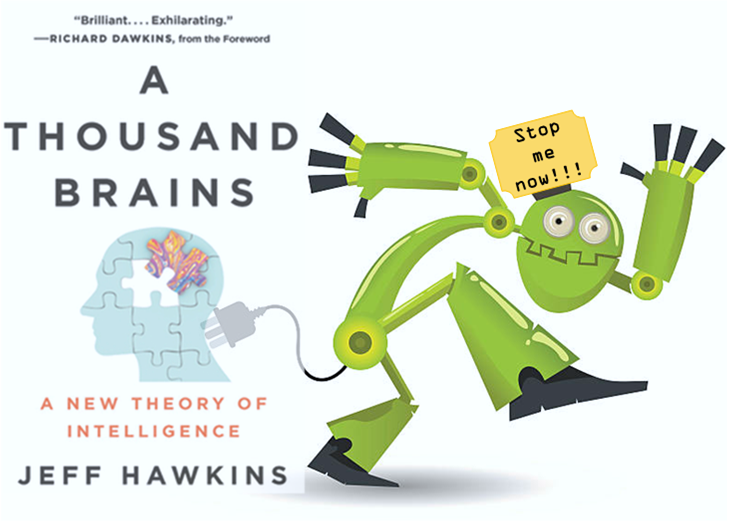 Intelligence could be more than our capacity to make good decisions, or to convert a set of inputs into the best possible outcome.

For all of neurosciences’ advances, we have made very little progress on its biggest question: How do simple cells in the brain create intelligence?

Jeff Hawkins and his team discovered that the brain uses map-like structures to build a model of the world – not just one model, but hundreds of thousands of models of everything we know.

Hawkins’ novel “A Thousand Brains: A New Theory of Intelligence” uses this discovery to answer important questions about how we perceive the world, why we have a sense of self (or not) and the origin of high-level thought.

Hawkins may be best known as the co-inventor of the PalmPilot – one of the initial attempts to create a miniature computer that can be carried around wherever you go – but he has spent decades thinking about the connections between neuroscience and machine learning, and there is no better introduction to his thinking than this book.

When you ask yourself, what does an intelligent system do? It is intuitive to think in terms of behavior.

We demonstrate human intelligence through speech, writing and actions, right? Yes, but only to a point.

And what if we do not have only one interpretation or mental model? What if our reality is a compilation of many mental models, like a collage of models?

Hawkins answers these questions through some of his theories in this book.

This book is split into three parts – the first one speaks about a new theory of reference frames in our neocortex, which is described as the “thousand brains” theory. This theory tries to explain how we engage with physical objects and experiences in this world.

Just like maps use latitudes and longitudes to help us navigate, the theory suggests that we have “what” and “where” reference frames in our neocortex to help us engage with the objects around us.

The second part is about machine intelligence and how that could be achieved using his thousand brains theory.

The last part is about human intelligence and is probably the most interesting part of the book.

The idea is based on the theory that the universe definitely has other forms of intelligent life either in the present moment or have been there in the past (and in the future).

While I definitely did not agree with all of his theories and found several of them downright terrifying (particularly in parts two and three), this book was mind-blowing in its scope. It opened my eyes (and my thousand brains) to a whole new way of thinking about intelligence – how it is constructed, modeled and stored in the human brain. It also explains what this new thinking means for future machine intelligence (AI) and its ultimate place in the long-term survival of the human race.

Nonetheless, I would totally recommend the book as it helped me ponder the future more and more – which sometimes induces fear but is also an opportunity to dream.